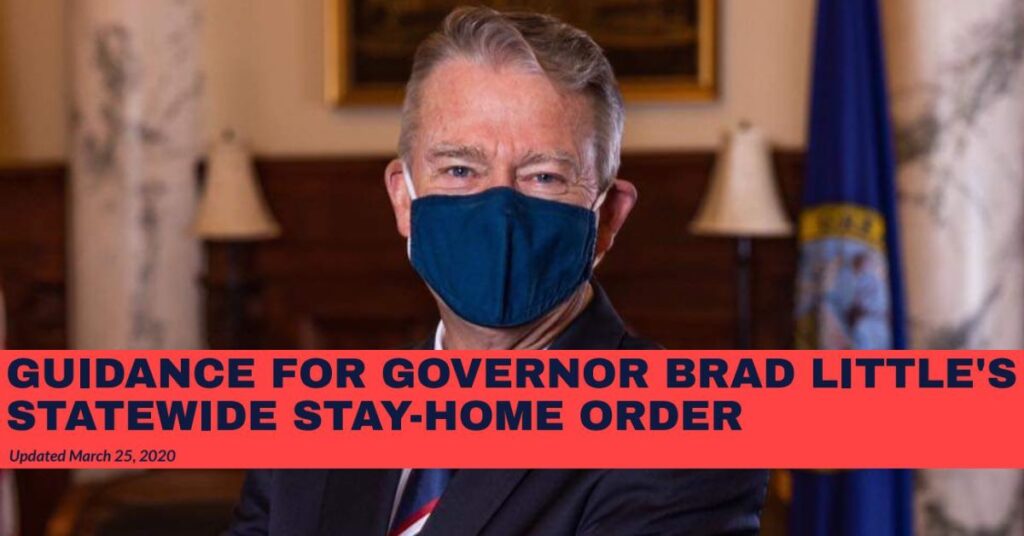 Gov. Brad Little is not worthy of another term as governor of Idaho.

While there are several issues that Little has gotten right, there is one major issue for me that makes him unelectable. His actions during the Covid lockdowns have and always will be enough for me never to vote for him.

What’s worse, Little is lying to Idaho citizens about what he did during the lockdowns.

Make no mistake; this is personal for me. You see, Little was responsible for shutting down my brother’s business in Pocatello.

Hooligans is a well-known bar in Poky and one that is very popular. My brother and his wife worked there for many years before they finally became the owners. They are both incredible people, and they love their customers.

Little decided that my brother, his business, and his livelihood were “non-essential” and forced them to shutter their doors under the threat of law.

Of course, that didn’t stop Little and the state government from raking in even more money from their state liquor sales while private establishments were closed. I had to do a private fundraiser to try and help my brother keep his business due to the losses they were suffering and are still suffering due to Little’s lockdown.

In addition to Little forcing private companies to shut their doors (some never recovered), Little also went after people of faith. You might remember the Christians in Moscow who were arrested for gathering to sing songs of praise to God. They didn’t follow Little’s lockdown order and had their 1st Amendment rights violated.

Little did nothing and sat idly by while it happened.

Sara Brady, also known as the Meridian “Park Mom,” was arrested for taking her kids to a playground. The city had “closed” the playground under Little’s stay-home order.

These are just a few examples of the pain Little caused Idahoans. Ironically, the liberal media and the liberals in Idaho wanted Little to become even more oppressive over Idaho citizens.

Yet, Little is now on the campaign trail, running ads and telling Idahoans that he didn’t lock the state down.

Little is telling Idahoans that he kept the state open. Nothing could be further from the truth, though, and a simple Google search will prove he is lying to us again.

Little’s order from March of 2020 is the “Stay-home” ORDER. Maybe my memory doesn’t serve me well, but when I was in the military, an order meant you were going to do something. It wasn’t optional.

Under Little’s ORDER, he forced people to close their businesses and used the threat of government to ensure that they did.

Here is part of Little’s press release he put out when the order was released (emphasis mine):

“The stay-home order requires citizens to self-isolate at home if you can, not just if you are sick.”

The actual order said that you weren’t allowed to travel as you saw fit. From the order itself, it states,

“All non-essential travel MUST cease.”

The word “requires” and “must” don’t exactly scream “optional” in my book. No, Little locked down the state just like a good tyrant would.

Yet another tyrannical move by Little was deeming certain businesses and Idahoans’ livelihoods as “essential,” and anyone who wasn’t on his list was considered “non-essential.” One man, Gov. Little, determined if you were worthy of earning a living or not.

These acts alone are enough for anyone to never vote for Little for public office.

A leader who uses his/her power to attack individual liberties, shut down businesses, and refuses to let that power go for years, doesn’t deserve to be in office. We need leaders who understand the value of liberty, even when it’s a tough decision.

Now, Little is doing everything he can to gaslight Idahoans.

You can tell who a leader really is during trying times, and Little indeed showed you who he was during Covid. Suppose Idaho is ever under another emergency order. In that case, we know Little will trample on the 1st Amendment, take federal money endlessly, and use the threat of the state police to ensure you are compliant.

I refuse to vote for the “lesser of two evils.”

Voting is sacred. I won’t vote for someone simply because they have the letter of a specific political party next to their name.

I am going to always vote for those who I believe will uphold the U.S. and Idaho Constitutions.

This November, Idahoans should decide if they want to send a pseudo-tyrant back into Idaho’s capitol or choose something different. Perhaps you don’t like any of the candidates, and you don’t vote in the governor’s race at all. Maybe you write your own name in if you don’t like your options.

As for me and my house, we will not be voting for Brad Little.

Note: The views and opinions expressed here are my own and do not represent the opinions and views of the organizations I work for and represent.

5 thoughts on “Brad Little is Unworthy of Another Term as Governor, Here’s Why”