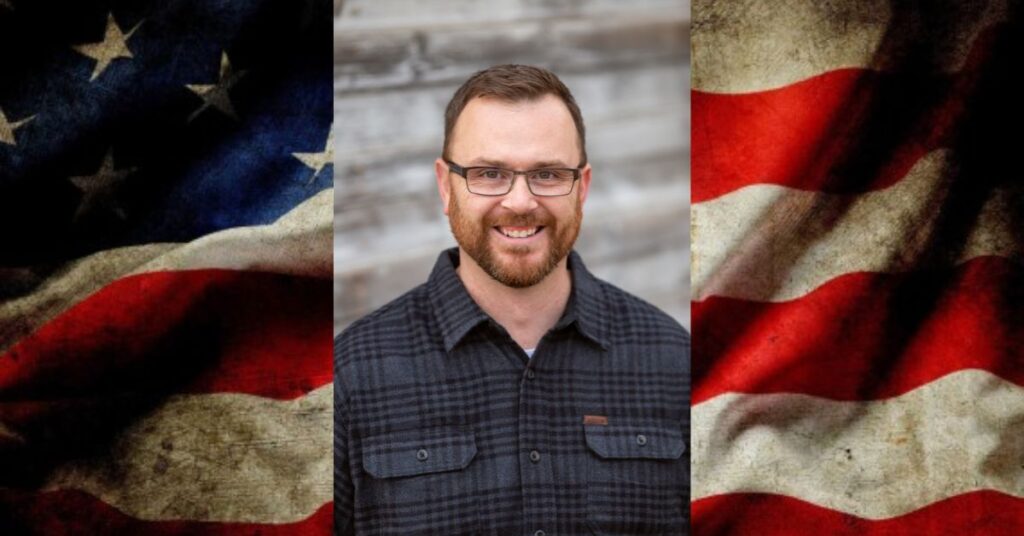 I gave the following speech to supporters of the Idaho Second Amendment Alliance at a banquet we held in Idaho Falls on October 14, 2022.

My fellow Americans, never can I remember a time when so great an evil has been unleashed in this country.

We tossed God out of our schools many years ago. We threw Him out of public discourse. We have removed Him from our government when our government was instituted by moral men who wrote a constitution that would only exist if we did not turn away from God.

The family unit, the very fabric of a moral society, is being destroyed piece by piece.

We have thrown in the face of God the creation of life. Unfortunately, our society has fallen so far that liberal activists now believe it is okay to kill a baby if it was accidentally born during a botched abortion.

Life, our most precious gift from God, is nothing more than an afterthought to half the country.

Sadly, it is not just the unborn who are under attack from these evils led by left-wing extremists.

No longer does our country seem to recognize parents as the rightful leaders of the home. Instead, we have put government, teachers, and liberal activists as the rulers of our children. These forces are attacking parents and indoctrinating our kids with their own anti-God ideology.

The importance of having a father and mother available to their children to love and nurture them until adulthood has been eradicated in the public sphere.

Our society has fallen so far down the path of evil that we no longer recognize the two sexes that God created. Schools, crazy liberal activists on social media, the news, and so-called scientists are now teaching your children that they can simply change their gender or even their species.

We have abandoned God in this country on such a scale that we somehow feel it is okay to have grown men dressed in provocative women’s clothing dance sexually in front of children. Those children then hand them money, and no one goes to jail for it?

And just when you think we are at the bottom of this slippery slope, Satan finds a new low for our country’s degradation.

God-hating liberal activists now believe they can normalize pedophilia, which is precisely what they are doing in entertainment and the medical world. They are doing everything they can to brainwash society to believe it is okay for adults to be attracted to our children and that a relationship between them is none of your business.

But the evil one hasn’t just been destroying the family unit.

He has unleashed a massive attack on free speech, the bedrock for worshipping God as you see fit. We are being censored at every turn online and in the media as government and private corporations work hand in hand to determine what you are allowed to say and hear.

Both major political parties have played a role in increasing the size of government, decreasing individual liberty, and selling out our rights.

Government agencies are being weaponized and used against its own citizens; even a former Unites States President.

The Founding Fathers are being removed from history as the left-wing extremists try to erase the patriots who founded this country. By doing so, they are attempting to erase a sacred document the Founders wrote to protect our liberties.

The end of our Republic is near, and the Constitution is hanging by a thread.

But it isn’t just the liberal activists who are led by evil intentions that are to blame for our downfall.

For too long, too many of our fellow Americans sat idly by, hoping, and praying that God would just step in and save the country for us. They believed for too long that they could compromise with this evil and that it would go away if they simply made a deal with it.

They call themselves “common sense” or “pragmatic” conservatives. I call them Republicans In Name Only.

One compromise by these RINOs led to another compromise, and another, and another, with no end in sight to the freedoms the radical left was stripping from us. RINOs are not only part of the problem because of their compromises, but they are actively helping our enemies destroy this country because they believe that “being nice” will somehow tame the evil that has permeated the hearts of our enemies. However, these phony conservatives will soon find out that the radical left will turn on them once the real conservatives are destroyed.

Meanwhile, too many Americans did nothing to help God fight for what was right. Instead, the silent majority watched as the things we thought were important to everyone were destroyed piece by piece.

We said nothing. We did not make our voices heard loud enough or at all. Instead, we shrugged off what we felt did not impact us personally. Meanwhile, the forces of evil mobilized in greater numbers each day because of our complacency.

While the people in this room certainly have been fighting tooth and nail to defend this country, we can and must do more. We must be stronger. We must fighter harder. We must let our enemies know that we stand with God in the fight for liberty.

Today, only one thing is left standing in the way of our utter destruction as a country and the abolishment of individual liberty: the 2nd Amendment.

I thank God that our Founding Fathers understood the importance of self-preservation and the natural right of self-defense. They clearly laid out in the Constitution that the right to keep and bear arms shall not be infringed.

No government official who is elected or otherwise put into power was supposed to have the ability to regulate your right to bear arms.

But even our ability to defend ourselves has been dramatically eroded for decades by left-wing activist groups, liberal policies, and phony Republicans. Sadly, even some in the gun rights community helped push gun control at the congressional and state levels by compromising with this evil.

The world has mobilized against Americans’ right to keep and bear arms, hoping that the world’s most powerful country can be brought to its knees when the 2nd Amendment is gone.

Are our fellow conservatives going to sit idly by, watching, waiting, and praying that God just takes care of these problems for us, or will we finally stand with Him in this fight?

Will we finally stand up together to shout liberty and freedom from the rooftops of our homes and churches?

Will we finally stand up together for God, the family, and our precious children?

Will we finally stand up together for our own self-preservation as individuals and as a country?

Are we going to continue to let the liberal activists be louder than us? We are much stronger and much more significant in numbers if we would just lead our people to become more engaged.

God expects us to do our part in this fight. God is willing to stand with us as we lay down our lives in defense of liberty. He can lead us to victory if we will just open our eyes and hearts and find the courage to fight back.

The war for individual liberty has been ranging since the beginning of time. We are the last country with any hope of that liberty continuing.

We cannot do this alone. We need more people to step up and get in the trenches.

You are all familiar with the excuses individuals use to justify not paying attention to what’s happening in this country:

“I don’t have time for politics.”

“Politics is too draining on me mentally and spiritually.”

“I just want to worry about my own family.”

“I’ll just wait for the war to start, and then I’ll get involved.”

While I would love to sit peacefully in my home, worshipping God and taking care of my family, that option does not exist when our enemies are mobilized, well-funded, and on the attack, daily. We must do the same.

God expects us to do everything we can, in the most peaceful manner possible, to defend the liberties of these United States. But, if war shall come, may God have mercy on us for our failures.

Ask yourself this: Can you stand before God if you were to die this day and be comfortable telling Him that you did everything possible to stop the evil that overtook the United States?

If not, then I ask you to stand with me. I know I can do more. I ask that you to do more if possible. I ask you to give your time, resources, talents, and, if necessary, your life in the defense of liberty.

To those who stand in the way of this righteous cause, know this:

We are here to fight for the United States of America, its preservation, and so help us, God, we will prevail, or we will die trying.

Thank you, and may God bless our great country and preserve it for future generations to come.