While I have always been a follower of what is going on politically in my state and country, I wasn’t really an “activist” for any particular cause. However, the 2nd Amendment was always something near and dear to my heart because I felt that our rights were all protected by it.

My time in Iraq and seeing the results of Saddam’s tyranny firsthand made me realize that our ability to defend ourselves from our own government was the most important right we had. I knew that it must be protected at all costs.

However, no organization was on the ground in Idaho, fighting for what Idahoans wanted in restoring and protecting the 2nd Amendment. I saw a gap that needed to be filled—a bridge between the gun owners and our elected officials that needed to be built. 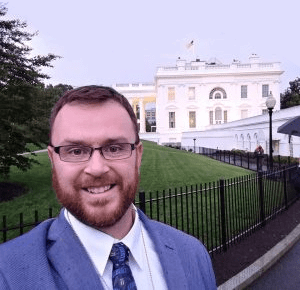 In 2012, I founded the Idaho Second Amendment Alliance and became an activist for the 2nd Amendment.

Since then, I have learned how the political system really works and how gun owners are taken advantage of by elected officials who are supposed to be on our side. I learned about “confrontational politics” and how gun owners must fight in order to win. I better understand the tactics and mentality of gun grabbers who are trying to destroy the 2nd Amendment.

My goal is to help gun owners across the country in any way I can by working with other great 2nd Amendment activists trying to save their states.

In July 2018, I helped start Washington Gun Rights in order to help gun owners in the state of Washington fight for the 2nd Amendment. With family in the Tri-Cities and having lived in Washington for several years, I wanted to take my knowledge and expertise to help fight the gun grabbers in Olympia.

I am also helping fight for the 2nd Amendment in Utah and formerly served as the Political Director for the Wisconsin Firearms Coalition.