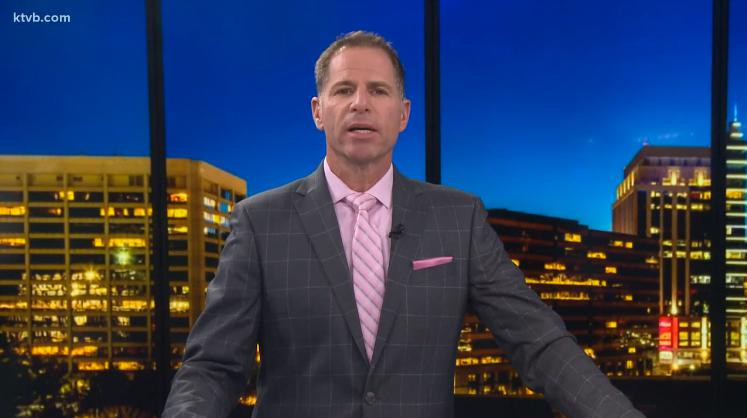 Idaho’s mainstream media is out of control.

When I began the Idaho Second Amendment Alliance in August of 2012, the mainstream media in Idaho wasn’t as bad as it has become today. I’m not saying it wasn’t biased or leaning left, but the way it operated and how left-leaning and radical it is now was way different.

I remember doing interviews from time to time on gun issues, and the biggest complaint I ever had was that the media would always undercount our rally numbers. When we first started out doing rallies, we would gather a few hundred people, which the media would label as “dozens.” When we finally got over several thousand people, the media would say a “few hundred.”

The complaint about rally numbers was really inconsequential to what we are dealing with today in Idaho.

Idaho’s media today has turned so far to the left that it would be a better fit in a place like Los Angeles, Portland, or Seattle.

While a few out-of-state companies have slowly bought up Idaho’s newspapers, it wasn’t until the election of Donald Trump that we saw a major shift in Idaho’s media coverage from all platforms.

All the TV news stations and the newspapers had turned hard to the left with their coverage of local politics.

The MSM in Idaho began labeling lawmakers, activists, and organizations in their coverage. A more conservative lawmaker was no longer “more conservative,” they were called “far-right” or “radical.”

These terms were heavily used by liberal organizations and moderate “Republicans” to slander people’s good names. The media went along with it because it better fit their liberal agenda. I have had several people who used to be on the inside of some of these outlets say that they were forced to move further left and

Ultimately, this insane political coverage led me to start the Idaho Dispatch.

Our goal was simple: Give all sides of the story an opportunity to speak out and do everything possible to leave out personal bias from the articles.

In old-school journalism, that’s how the job was done. However, today, reporters have very little issue with pushing their own bias into their articles and trashing the names of individuals/groups who do not agree with their liberal agenda.

The MSM in Idaho LOVE to label organizations and people, which is something Idaho Dispatch has tried to avoid in our writing.

For instance, the MSM loves to label some lawmakers as “far-right,” and they love to label some organizations, like the Idaho Freedom Foundation, as “far-right.” I’m not really sure what the definition of “far-right” is, but the intent is to marginalize and discredit anyone who isn’t a Mitt Romney-style “Republican.”

The Idaho MSM continually props up groups like the Idaho 97%, Take Back Idaho, and other leftists like Jim Jones and Bob Kustra. This is because that’s who the media wants you to think is the “regular” Idahoan.

These groups and individuals are working hand in hand with the Idaho media to attack conservatives across the state.

One of the founders of the Idaho 97% was Michael Bloomberg’s gun-grabbing lobbyist for several years here in Idaho. She posts vile things about conservatives all the time on Twitter, and of course, the media doesn’t use those tweets to label the Idaho 97% a “far-left” group because it would undermine their efforts to attack conservatives.

Take Back Idaho is led by a bunch of moderate (at best) “Republicans” and one former Republican (Jim Jones) who is a raging leftist himself. Again, it’s a brand new group that is getting massive media coverage because they attack conservatives and not based on any actual accomplishments the group has done. Most outlets don’t label them as “left-leaning” or even “moderate.”

Interestingly, I was labeled as “far-right” recently by an Idaho reporter. I texted this individual and said that they should love their labels. The reporter told me that they do love them and asked me how I would identify myself.

You can expect this entanglement from the leftists in both political parties and the media to get deeper and deeper.

Watch as all the major outlets continue to worsen with their coverage. Watch as the media personalities continue to editorialize their work and call it “journalism.”

Have a look at KTVB’s “208” program led by Brian Holmes and recently joined in part by Morgan Romero.

They did a three-part “hit piece” on the Idaho Freedom Foundation. Of course, they called it an “7 Investigates” series that is catered to its viewers as “news,” but it was loaded with commentary and a clear agenda was present.

Oh, and did I forget to mention that it turned into four parts because they added another one about the previously mentioned Take Back Idaho?

Yeah, completely fair and objective. Holmes and Romero will tell you they reached out to the IFF and what they’ll leave out is the IFF’s offer to do a one-hour interview with KTVB, unedited.

Holmes tried to say that they couldn’t fit that time into TV, which is fine, except that KTVB has a YouTube channel where they could have posted IFF’s full response.

That didn’t fit Holmes’ agenda. The reason IFF and others don’t talk to the media anymore is because of what this hit series was all about.

KTVB wasn’t looking for objective dialogue regarding the political climate. Instead, they wanted a few sound bites from the IFF, which they could then use to appear “balanced,” while the entirety of the program was about making IFF look shady and telling their audience they were operating in a “gray area.”

You can find the same insane editorializing and attacks by the mainstream media in all major media outlets in Idaho, not just KTVB.

It’s only going to get worse for conservatives here in Idaho.

People who have moved to Idaho from other states have told me that the media here is worse and farther to the left than the media in places like Califonia, Oregon, and Washington.

I’m not saying the Idaho Dispatch is perfect.

Over time, we have gotten better, and we are doing everything we can to leave out labels unless those labels are self-proclaimed or have an official title such as “Representative” or “Governor.” I disagree with many groups and politicians, but I do my best not to label them because the readers can decide that for themselves. I don’t have to label the Idaho 97% as a far-left extremist group because their own words and actions tell the reader who they are. My labeling isn’t necessary.

Idaho Dispatch has also done its best to reach out to all sides of a story and only post what facts we can obtain without interjecting my own opinions into the articles I write.

I also do my best to cover as many major political stories as possible, whether they hurt or help any particular side. Again, the goal is to cover as much as possible and give everyone a fair opportunity to speak.

Again, I’m not perfect, but we are doing our best, and we hope that Idahoans support the Idaho Dispatch.

It may not continue long into the future because people seem to enjoy their own biased coverage. But for me, the goal is either to do it the right way or not at all.

I have been under a lot of pressure to turn Idaho Dispatch into a conservative outlet, but that’s not what I want to do. I want to do it the right way, or not at all.

Idaho’s MSM can only be displaced by good, hard-working journalists and outlets who understand the goal and objective of journalism is just to report the news, not create it through editorializing.

That’s what we hope that Idaho DIspatch can ultimately be for Idahoans.

For those interested in joining the Idaho Dispatch, please go to IdahoDispatch.com/subscribe today.

Note: Thumbnail image is a screenshot from KTVB’s hit piece on the Idaho Freedom Foundation.