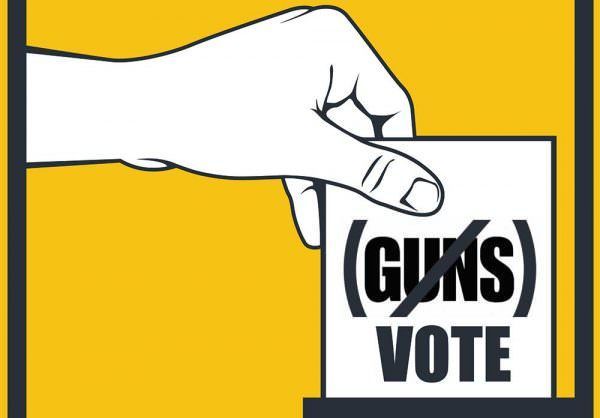 {The following article was written for the people of Idaho but is just as applicable to states who have to deal with the ballot initiative process.)

This set off a rather heated debate amongst the legislature and the citizens of Idaho. It also created an intense debate amongst conservative activists on whether the process should be more difficult.

The question that Idahoans really need to ask themselves is this: Are you ready for your gun rights to be trampled by radical progressives through the ballot initiative process?

Washington state has descended into chaos. Ballot initiatives have decimated gun rights there.

On top of that, they have an ever-increasing progressive legislature which hampers the ability to overturn the egregious infringements that are taking place.

Washington is in a tough spot and can hopefully make a comeback on the 2A front with the help of a new group, Washington Gun Rights!

As that battle rages, is Idaho next?

What role could ballot initiatives play in changing the landscape of gun rights in Idaho?

Let’s take for example the issue of “Universal Background Checks.”

UBCs are an egregious infringement on the rights of gun owners. Want to sell/gift a weapon to a family member, neighbor, or lifelong friend? You must get government permission to do so.

This issue has been the pet project of Michael Bloomberg and his cronies from Moms Demand Action for years now.

Because they have been unsuccessful in Congress in pushing UBC’s on a national scale, they have turned their sites on state legislatures. They have gone into states and successfully lied to gun owners. They convince them that UBC’s are nothing more than stopping bad guys from getting guns.

UBC’s make criminals out of law-abiding citizens, and they are in reality an attempt at backdoor gun registration.

None of that is told to you as a voter though when they are pushing it through. Idahoans could easily be deceived by gun grabber’s doctored data and lies about the effectiveness of UBC’s or other forms of gun control.

The media and wealthy gun grabbers will ensure that gun owners are outspent and outvoiced in these efforts.

Knowing this, will gun grabbers make an attempt at a ballot initiative in Idaho to implement some form of gun control?

I believe so. I believe that if Idahoans don’t support changes to either the ballot initiative process or our state constitution, we are in trouble.

The ballot initiative process should be abolished in my opinion. We should not be making legislation through mob rule.

However, repealing the initiative process is not going to happen.

The legislature and the citizenry will not go for it.

Making the ballot initiative process so difficult that it can’t be done is probably going to be struck down by the courts.

That leaves gun owners with only one feasible option to protect our gun rights from both the initiative process AND a future legislature which could be more purple or even blue in its makeup: change the state constitution to make it impossible to implement gun control.

Idaho’s constitutional right to keep and bear arms (Article 1 Section 11) is too weak in my opinion. It doesn’t close off enough of the holes that exist to implement gun control in Idaho. We can make it much stronger and I believe we must in order to protect ourselves.

Making this change requires 2/3rd’s of the legislature to pass a resolution in support of the change. Idaho’s legislators ensure us they are the most pro-gun in the country. So this part shouldn’t be a problem right?

Currently, Idaho’s citizens would be very supportive of a change to Article 1 Section 11 to protect gun rights for generations to come.

That is likely changing as Idaho continues to grow.

What that change would look like is something we will be discussing with legislators and other activists across Idaho.

You have a decision to make as an Idahoan. Will you help us fight to protect the 2nd Amendment, or will you sit idly by and wait for the gun grabbers to launch their assault?

Ballot initiatives have already been filed to raise our minimum wage and to bring in medicinal marijuana. No matter how you feel about those issues, there are going to be more initiatives filed in the future.

Progressives are becoming emboldened after Medicaid Expansion, and they know they can’t get their socialist policies through the legislature.

Therefore, they are stuck doing initiatives where they can lie, cheat, and steal their way to victory.

You have been warned. The ball is in your court now.

1 thought on “Are Ballot Initiatives A Danger To Gun Rights?”