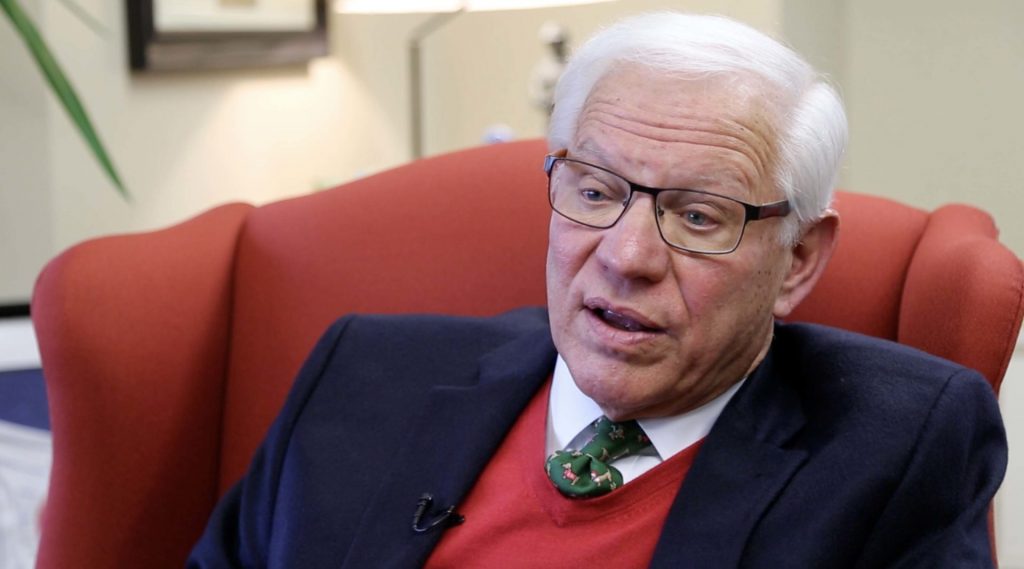 In recent years there have been a number of attacks by the left on Idaho’s conservatives.

Additionally, the media has been attacking the Republicans in Idaho for some time and those attacks are increasing especially against the more conservative wing of the party.

However, one particular attack is coming from a so-called Republican. I say so-called because based on this individual’s attacks, you have to wonder if this person is in the wrong party.

I contend that one Idahoan who should immediately switch to the Democrat party is Bob Kustra.

For those who don’t know, Kustra is the former President of Boise State University.

His record at Boise State was atrocious enough. Tuition went through the roof under his leadership where he served from 2003 to 2018.

What many of you don’t’ know though, is that Kustra is also the former Lieutenant Governor of Illinois. He was technically a Republican when he served in both the Illinois legislature and then eventually as Lt. Governor.

Kustra was ousted as Lieutenant Governor in the 90’s when his opponent ran a successful campaign against the moderate.

Kustra was a pro-gun control, pro-abortion, and pro-tax “Republican” while he was in Illinois and his opponent defeated him on that basis.

Perhaps Kustra’s hatred of real conservatives was because they embarrassed him so many years ago.

That is the only thing that explains his continuous attacks on conservative issues in one of the most conservative states in the country.

For instance, Kustra has attacked gun rights several times in Idaho. Attacking the 2nd Amendment in the most pro-2nd Amendment state in the country is usually something radical Democrats spend their time doing.

He attacked Campus Carry while President of Boise State University.

Kustra also attacked Idaho’s delegation in Congress for being weak on “gun violence.” Although, Kustra should be happy with Congressman Mike Simpson who has supported a number of gun control issues over the years.

The phony Republican even took a shot at the Idaho Second Amendment Alliance!

He actually wrote an article in support of the gun-grabbing organization and even seemed to support Michael Bloomberg as the best hope of taking Trump down!

But Kustra’s attacks on conservative issues and politicians certainly don’t end there. He came out against several bills, one which would prevent biological boys from competing in girl’s sports at the high school and collegiate level.

Kustra also spends much of his writing attacking President Trump on a variety of issues.

For instance, he wrote about the disappointment in Idaho’s delegation in not voting in favor of impeaching President Trump earlier this year. He also falsely attacked Congressman Russ Fulcher who he also called “far-right” and Fulcher had to write a rebuttal to the lies that were told about him by Kustra.

Interestingly, Kustra has written many editorials for the Idaho Statesman, for which he is a board member, and while I have not read all of them, I can’t recall one single editorial that wasn’t directed at conservatives or conservative causes.

Instead, Kustra spends all of his time attacking conservatives, our issues, and people fighting to keep Idaho from becoming the next California, Washington, Oregon, or Illinois.

I mean, do you really become the President of a liberal university like Boise State without being pretty liberal yourself? I don’t think so.

The reality is that Kustra has been a moderate at best for most of his life and certainly as a politician and university president.

He once famously gave a quote where he seemed to agree with the socialist view of taking from the wealthy to give it to others. In other words, he was advocating for redistribution of wealth.

Here is his quote from The Arbiter:

We take from those who can afford it and redistribute to those who need it. We do it quietly as public institutions and without fanfare.

The truth is, Bob Kustra is a member of the wrong political party and he would be a better fit with Idaho’s Democrats.

Better yet, if Bob is so unhappy with the Republican Party in Idaho and is constantly attacking everything we are doing, then perhaps Illinois is where he should be.

There are a number of states surrounding Idaho that would be happy to listen to Kustra’s articles. Idaho’s conservatives want nothing to do with him.

We aren’t buying his lies and we don’t want Bob Kustra trying to turn Idaho into Illinois.