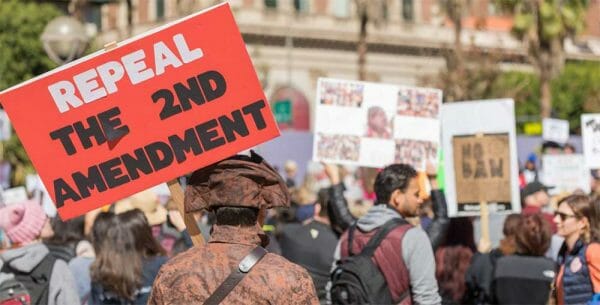 For the last 7 1/2 years, I have been heavily involved in the fight to protect the 2nd Amendment.

I was so passionate about the issue that I started a group for Idahoans to protect gun rights – the Idaho 2nd Amendment Alliance.

Over that time, I have heard many different excuses on why gun control is necessary and why the sky will fall if pro-2nd Amendment measures pass.

I have also heard many gun control advocates say that they like the 2nd Amendment as much as I do but they just want “reasonable restrictions.”

The problem is that it simply isn’t true.

Go to a state where the right to keep and bear arms has been decimated, and you’ll notice the attacks are still going.

Gun control advocates are relentless in their efforts.

The truth is that gun control advocates won’t be satisfied until the 2nd Amendment is obliterated.

And if they get all of that, they will still go for more.

I’ve heard more than one gun control advocate ask for the U.S. to be like Australia or Great Britain. In those countries, large amounts of firearms were confiscated.

But here’s the kicker, if you go to Britain, they are now going after knives.

It wasn’t enough that they took people’s guns, now they want to take their knives because knife crime has risen.

So, where does it really end for gun control advocates?

Do they have a bottom line where they will leave the 2nd Amendment alone?

Despite what these radical leftists say, they want the 2nd Amendment gone. At the end of the day, the Democrat Party is shifting toward the annihilation of your gun rights.

They are becoming more open about their desire to attack the 2nd Amendment. 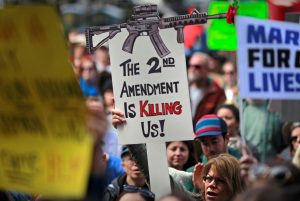 They not only want “reasonable restrictions,” they want to repeal the 2nd Amendment in its entirety.

Go to any gun control rally and you will see a number of signs asking Congress to repeal the 2nd Amendment.

Hopefully, they will be unsuccessful in their efforts.

That’s why gun owners and the Republican Party must be better prepared for this fight.

Gun owners have been begging Republican lawmakers to go hard at gun grabbers.

Pass the most pro-2nd Amendment laws that you can!

Sadly, many Republican lawmakers are too afraid to uphold their oath and ram pro-gun bills down the throats of our enemies.

We know that gun control advocates will come after the 2nd Amendment if they have power. We are seeing that right now in Virginia.

If you are in a state with Republican control, you need to do the opposite and stick it to the gun grabbers!

Don’t let up on the gun grabbers. Make sure they know you are going “all-in” to restore the 2nd Amendment.

2020 needs to be a revenge year for gun owners.

During the primary election season find Republican candidates who will fight for gun rights. Ignore those who only pay lip service to gun owners.

Then in the general election, make the gun grabbers pay at the ballot box.

It’s time to let your votes hit hard for gun rights in 2020.

2 thoughts on “Can We Stop Pretending Gun Control Advocates Care About the 2nd Amendment?”