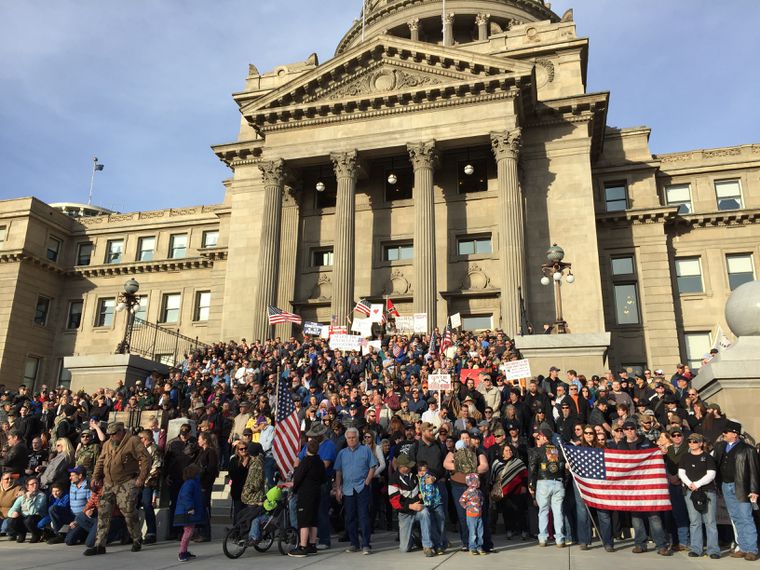 Back in 2012, there were only four Constitutional Carry states.

Vermont, Alaska, Arizona, and Wyoming stood alone as states who did not require a permit to carry a firearm concealed.

Of course, the main reason that gun owners have been fighting against government-mandated permits has to do with the 2nd Amendment.

In the wake of the Chinese Coronavirus, we are seeing a whole new reason for needing Constitutional Carry. Gun owners in some states are unable to get permits to carry their firearms.

Sadly, some sheriff’s offices are closing down for health reasons.

After they close their offices, gun owners are unable to request a permit to carry. So, all the new gun owners in non-Constitutional Carry states can’t conceal their firearms in public without breaking the law.

We are seeing a massive increase in firearm and ammo purchases right now.

Americans are buying guns in such large numbers that they have taken down the NICS system.

However, if you are unable to carry your firearm in public without a permit, and the government is shutting down the permit system in your state, you have to open carry or break the law.

That’s another reason why being in a Constitutional Carry state is so important.

Gun owners in 16 states, including Idaho and Wyoming in the Northwest, enjoy no government permission to carry their firearms.

You know, just as the Founding Fathers intended.

Gun owners need to continue the expansion of Constitutional Carry once the Chinese Coronavirus is gone.

A number of states attempted to push Constitutional Carry this year.

Now, in 2020, Idaho may expand it again by including all Americans with no “residency” requirement.

The bill is currently awaiting Gov. Little’s decision on whether or not he will sign or veto the bill.

This year, outside of Idaho expanding our version, Tennesee may be the only state with the potential to pass Constitutional Carry.

The bottom line is, gun owners must make passing Constitutional Carry a priority.

Sadly, for those not in one of these states now, you have to risk arrest or open carry if allowed.