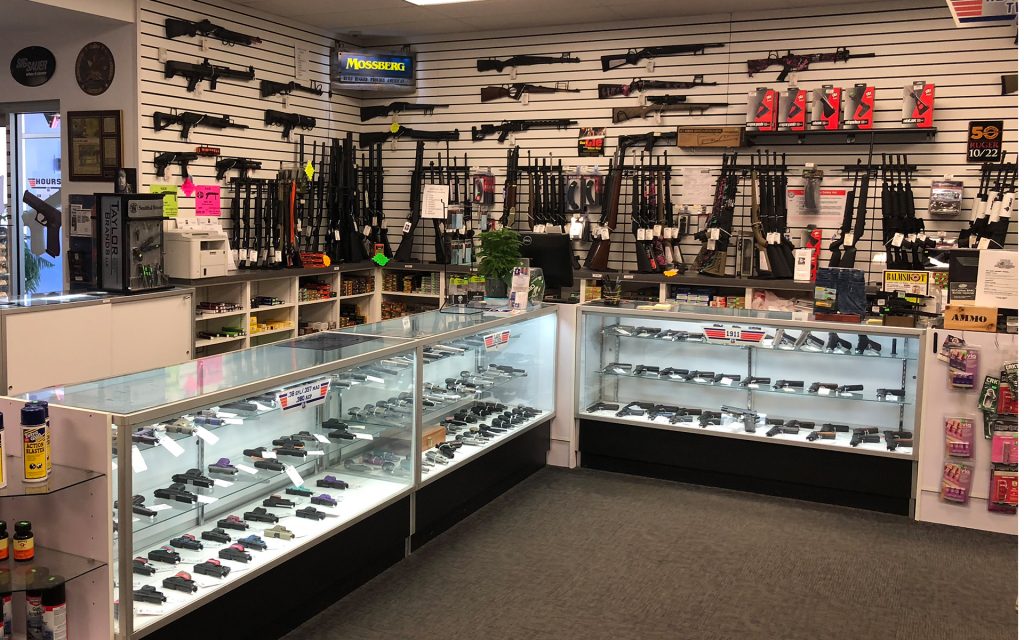 The Chinese Coronavirus has caused a major concern here in the United States.

There are quite a few Americans that seem more than willing to give up their liberties in the name of safety.

Now, some of you are going to falsely claim that I, or others like me, don’t care about people dying. Nothing could be further from the truth.

I don’t’ want to see anyone die from Coronavirus and I also don’t want people to lose their freedoms.

I would argue that the loss of freedom is a bigger problem than dying from any particular illness.

Prior to the “stay-at-home” orders being given, many Americans were already “social distancing” and doing what they could to slow the spread of the virus.

They did this without being asked by their government to do so.

Then came mandates from governments across the country to close down people’s businesses. Their livelihoods are completely shut down under a threat of force.

Additionally, people are prohibited from assembling freely, worshiping at churches, and more.

In some states, gun owners are unable to purchase firearms because gun stores are closed. A few states even shutdown their concealed carry permitting process.

Shockingly, many people are justifying these losses of liberty by telling other citizens that it’s necessary during a pandemic.

“We have to do this or even more people are going to die” they will explain.

We are seeing citizens on both sides of the political spectrum freely accept these losses of liberty. They are also accepting the complete devastation of our economy and people’s livelihoods to follow these orders.

And it isn’t that I don’t believe people shouldn’t willingly do all they can to stop the spread of the Chinese Coronavirus.

My concern is that if people are so willing to give up their freedoms without a fight now, what happens under when someone really bad is in power?

In particular, what will this do to gun rights under a radical-leftist President?

Perhaps you live in a “deep-blue” state and your Governor sees that he/she can attack gun rights under an “emergency” order. Seeing how willing people are to give up freedom, why wouldn’t they use the “gun violence problem” to implement even more gun control?

You see, if you follow the gun right’s fight you’ll know what I am talking about.

For years gun grabbers have said that the “gun violence problem” needs to be addressed.

The left has even gone so far as to call it the “gun violence epidemic.” In fact, they are already using that term!

Check out some of these headlines below:

Please understand that the gun grabbers were using this term long before the Coronavirus pandemic.

Each additional mass shooting in the United States brings calls for “action” from Congress or state legislatures.

The radical-left demands that we do “something.” They insist that the President must take unilateral action to stop the “gun violence epidemic.”

Based on many people’s willingness to give up their freedoms now, I have concerns about how many will give up their gun rights in another “emergency.”

Why wouldn’t the left use the Coronavirus as a precedent to infringing on gun rights?

Quite a few people are okay with shutting down churches, businesses, and travel by government order.

Why then would you not be willing to give up your gun rights to “stop” the so-called “gun violence epidemic?”

You can rest assured that the gun grabbers will do everything they can to shame you into compliance.

That is what some people are doing to those who speak out against current government overreach. Any mention of concern over how much power the government is taking and you are labeled as someone who doesn’t care about people dying.

This type of thinking is exactly what gun grabbers have been doing to 2nd Amendment advocates for decades.

“You don’t support gun registration? You must hate children!”

I can’t count how many times I have heard that phrase or something similar in my time as a 2nd Amendment activist.

And the gun grabbers know this is how they’ll shame you into compliance.

“Well, you were okay with giving up freedom to stop the Coronavirus. Why not have some common sense and help stop the gun violence epidemic?”

Do you see the problem here?

We are setting up this country for an even more dangerous future.

There is no promise in this world where we are free from risks.

That doesn’t mean we can’t do our part as humans to mitigate those risks. We should freely do what we can to help one another.

While we all do what we can to help one another, we also have sacred freedoms that must be protected.

If we give those up now, they will most certainly be eroded or eradicated under a new “emergency” in the future.

Speak up for freedom and also help take care of one another during times of crisis.

Whatever you do, don’t give up your freedoms because the only thing that can bring them back is the shedding of blood. Many people have already given their lives for our freedoms.

Let’s not go down that road again by letting the government take what is not theirs.