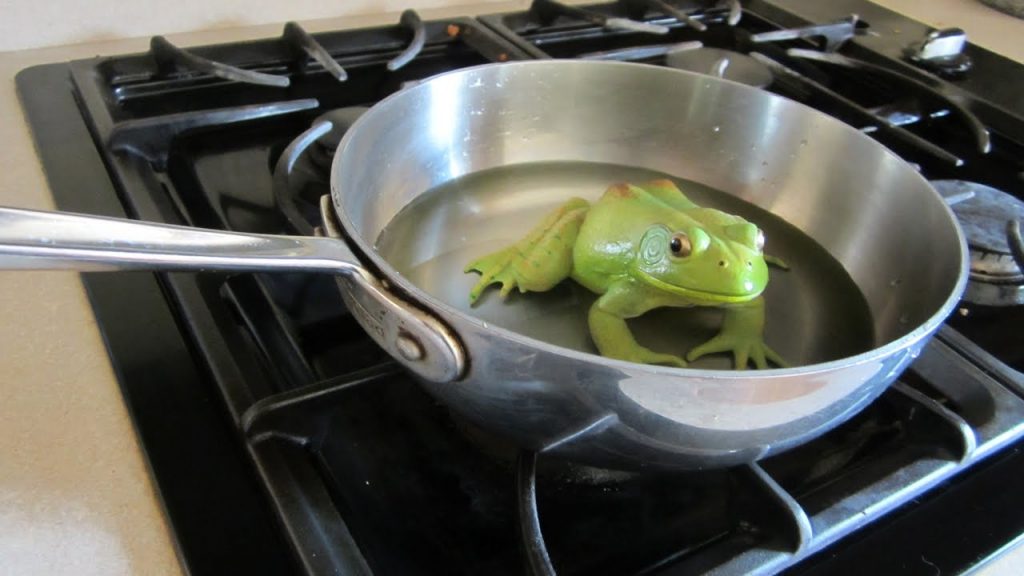 Most of you are familiar with what is commonly called “boiling frog syndrome.”

If you try to put a frog in boiling water, he’ll jump right out. However, if you put the frog in cold water and slowly bring it to a boil, he cooks to death.

The frog is unaware of the danger he is in and ends up paying the ultimate price.

With Idaho under attacking from radical progressives, don’t be a boiling frog conservative!

As an activist for gun rights, I have spent years talking to other gun-rights leaders from other states.

I have traveled to other states and spoken with conservative activists about the fight against progressivism. Some of those states were “blue” states like Washington or less “red” states like Wisconsin.

Additionally, I have spoken online with conservative activists in California, Oregon, and Colorado.

Nearly every single one of them gave me the same two reasons for the downfall of their states.

First, conservatives in their state didn’t see it coming and second, by the time they mobilized it was too late.

While talking to these individuals, I quickly realized that there were too many “boiling frog conservatives” who led to the downfall of their states.

What does this mean exactly?

Ask yourself this question: How many times have you heard an Idaho Republican say, “That can’t happen here because Idaho is ‘red” and always will be!”

I don’t know about you, but I’ve heard that more times than I care to remember.

This is the exact same thing many of these folks from other states heard as well years ago.

The people in Virginia, Washington, Oregon, and California all thought their states were not going to fall to the radical progressives.

Many of them felt that their states were “red” enough and from what they could tell, their lives weren’t being harmed by the radicals.

In Virginia for instance, gun-grabber Michael Bloomberg has been mobilizing gun grabbers and flipping state legislative seats for several years. Unfortunately, the Republican Party and many voters ignored the threat assuming it would go away.

Of course, this is a dangerous miscalculation of the radical left. They never give up and they push hard until they get what they want.

The radical left is also very good at mobilizing grassroots to get what they want.

The bottom line is, most voters in those states didn’t think it was possible that their state could would fall.

Then, after their states fell, conservatives mobilized to fight against the radical progressives only to find out it is too late.

Conservatives are too often reactionary to radical changes and don’t spend time trying to prevent the changes before they begin.

I heard conservatives recount this firsthand in Washington state.

Washington’s legislature is now in full control of the Democrat Party. There Republican Party has been rendered almost entirely useless.

I spoke in Spokane last year to a group of great Washington conservatives.

Many of them asked me how to fight back because they were sick of doing nothing.

Of course, I am happy to help conservatives everywhere fight progressives but I thought, “Why are you waiting until now to fight back?”

Virginia is in the same boat. Bloomberg has been attacking gun owners for years there.

Many Virginians didn’t think their state would fall to Bloomberg and so they were caught off guard by his efforts.

That’s when conservatives mobilized and held the largest gun right’s rally in our nation’s history. Sadly, the rally had little impact on the gun control bills. Democrats rammed a bevy of gun control laws through, including Red Flag laws.

The problem again seemed to be that conservatives didn’t see what was coming in Virginia and then mobilized too late.

Idaho can’t afford to make the same mistakes that all of these states have. 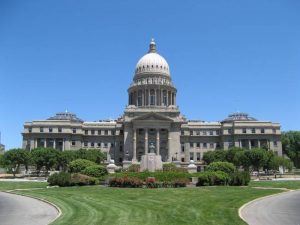 For several years I have been trying to get Idaho’s conservatives to understand what is already underway here.

We are seeing groups like Reclaim Idaho and United Vision for Idaho mobilize the progressives against conservative values.

However, after sounding the alarm bells, I quickly realized that we are heading down the same road. I quickly heard many of the same things from establishment Republicans.

I am beginning to believe that it isn’t the progressives that will take down Idaho but boiling frog conservatives that will do it.

For instance, there are phony groups like “Idaho Conservatives” that continually attack me and other conservatives for warning people about the progressives mobilizing in Idaho.

As an example, I have been warning Idahoans about Red Flag gun confiscation laws for several years. There are ways to do it in Idaho and we want to make sure that it never does.

Yet these phony conservatives tell everyone that “all is well” and that people like myself are just “fear-mongering.”

They will tell you that Idaho is “red”, no one is coming to destroy Idaho, and that what has happened in other states can’t happen here.

The real reason they do this is that they want Idaho to turn progressive. Sure, they’ll post some conservative things every now and then but the reality is they wouldn’t mind seeing Idaho turn into the next California.

It is these conservatives saying “all is well” that make the fight to defeat progressives even more difficult.

Do these boiling frog conservatives have a magic 8-ball to show that Idaho won’t fall to the radical left?

You see, the reality is that many states before us have fallen.

They fell because too many of them were lazy, apathetic, and refused to change their tactics and strategy to defeat the progressives.

There isn’t anything more dangerous than an apathetic or oblivious conservative.

It’s time to mobilize the conservative grassroots in Idaho now.

We have to hit the progressives now and hard. Taking down their agenda should be a top priority for the Idaho Republican Party.

Make progressives think twice about trying to take over Idaho.

That is the only way we are going to protect Idaho in the long term. There is no telling how long we have left if we do nothing.

I for one will not sit around and wait to find out.

2 thoughts on “Don’t Be a Boiling Frog Conservative in Idaho!”