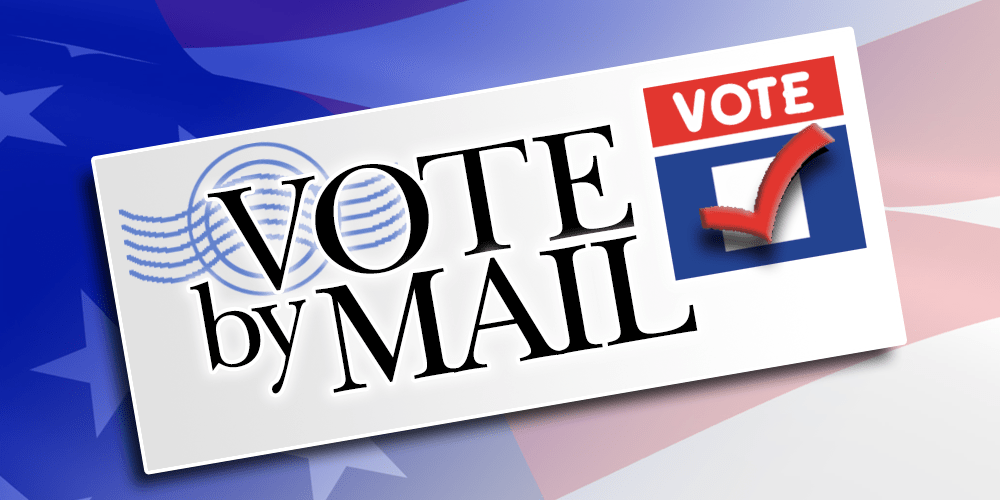 The Idaho 2020 Primary Election is turning into a giant mess.

The actual date of the election and reporting requirements are still being debated.

We must also be aware of an even more important debate taking place right now that could impact Idaho’s future.

Democrats in Idaho are likely going to push hard for “mail-in” ballots as the only option for elections in Idaho.

First, I want to address the concerns about safety during this particular election or future elections.

The safety of our citizens voting is being used as the primary reason for “mail-in” ballots.

“Why should people risk their lives to vote” some have asked.

I served a tour of duty in Iraq.

There is one thing I will never forget about the Iraqi people and their voting process. Not only did they go out and vote but they risked their lives to do so.

The danger wasn’t from an unseen virus, but from tyrants with guns who wanted to stop the election.

I remember Iraqis walking miles with the threat of suicide bombers, car bombers, and gunmen threatening to kill anyone who voted.

Sadly, some of those Iraqi citizens lost their lives trying to make a better country for themselves.

Thankfully, we don’t have those kinds of threats for voting in the United States. However, that doesn’t mean that living in a free country comes without risk.

Yes, we can mitigate the concerns of the Chinese Coronavirus and still ensure that each person gets to vote.

I’ve been engaged in the political process ever since I was 18-years-old.

If Iraqis are willing to risk their lives to vote in an election, that’s the least I can do in honor of those who have given their lives for this country.

So, will there be a push for turning our elections into “Mail-In” only?

We have already seen a big push by Democrats in other states to do mail-in ballots for the November general election.

Some states like Washington already do all mail-in ballots.

Additionally, Speaker Pelosi is pushing for the November General Election to be mail-in ballots. She’s even trying to add the issue to the next big spending package.

President Trump, however, came out against mail-in ballots for this year’s election.

The President argues that there are serious concerns with voter fraud when only mail-in ballots are used.

I agree with the President.

In my opinion, voting through the mail is ripe for abuse.

States already deal with voter fraud issues for in-person voting. Can you imagine not having to worry about showing up at the polls at all?

The Heritage Foundation has released a report detailing some of the voter fraud convictions across the country.

Ten of those cases are from Idaho!

Of the ten Idaho cases, eight of them resulted in convictions. How many other cases were never discovered?

While voter fraud at “in-person” locations is also possible, it’s also much easier to catch.

Poll watchers and other workers can hopefully keep the integrity of the process in place.

How does mail-in (absentee) voting work in Idaho?

So, here is my experience so far with Idaho’s “absentee” process which is how we’ll all vote this May.

The interesting part is that to request my ballot I filled out a form from the Canyon County Elections Office.

However, no identification was required to request the ballot. I simply filled out the form and dropped it through the “Mail” slot on the wall of the building.

Now, I am on a list of people who have “Requested” a ballot.

This information is all public record. For the election, many candidates get the “Absentee Request” list so they know which voters to reach out to.

Therefore, my address is public record.

So, if someone with nefarious intentions were to find out when the ballots got sent out, they could check my mail for my ballot.

Once they retrieve my ballot, they can fill it out and send it back without me ever knowing what happened!

Now, normally only a set number of people vote “absentee” so the ability to do this is somewhat limited.

But, if every person in the state votes through the mail in every election, we may run into bigger fraud cases.

Perhaps some clerk angry with a particular party decides to “dump” a bunch of ballots and never sends them out.

Identification and verification of the process are crucial to protecting our sacred right to vote.

We seem to be demanding an easier and easier way to vote. Are we truly so lazy and scared of voting in person that we want to sit on our couches?

How long before Democrats demand that we vote using an app? We’ve already seen them attempt that in the Iowa Caucuses which failed spectacularly.

Perhaps they want it because it’s much easier to get dead people and illegal immigrants on the voter rolls this way?

Idahoans and citizens in other states should reject mail-in ballots and continue to further protect the integrity of our election’s process.