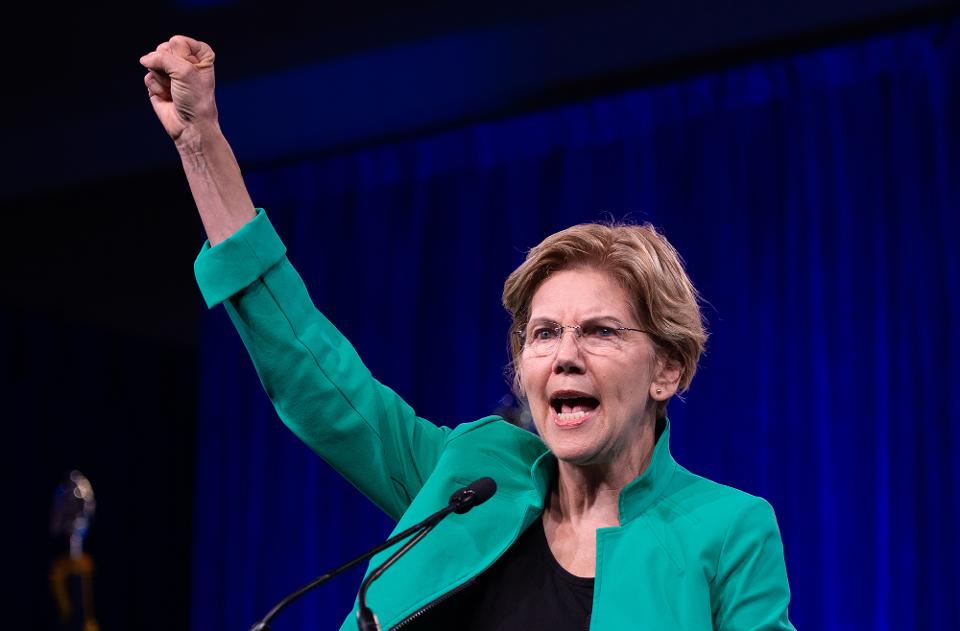 She’ll be speaking at the Frank and Bethine Church Gala at the Boise Centre.

The Gala is an annual fundraiser for the Democrat party in Idaho.

Originally, Pete Buttigieg was supposed to be speaking at the event. However, he dropped out of the presidential race yesterday and is endorsing Joe Biden.

Elizabeth Warren, who has virtually no chance of winning the nomination will take the spot as the keynote speaker in Boise.

However, it remains unclear if she will attend the event if she doesn’t do well on Super Tuesday.

Even with a loss though, Warren may come and speak at the event if she decides to endorse her communist brother Bernie Sanders.

This has been a historic year for presidential politics in the state of Idaho.

We have seen interest from campaign offices to candidates taking the time to put Idaho on the map.

Sadly, these radical leftists have a dire vision for America and wish to put us under massive government rule.

From Bernie Sander’s communist plan to run America into the ground to Bloomberg’s plan to destroy the 2nd Amendment, they are all trying to destroy the Constitution.

You also have Creepy Joe Biden and his deteriorating health or complete incompetence.

The guy doesn’t know where he is half of the time.

At this point, it doesn’t appear that any of these candidates have what it takes to go toe-to-toe with President Trump.

He appears to be on his way to victory in November barring a complete economic meltdown. He’s just waiting for his Democrat target to appear.

Super Tuesday will be a crucial step in culling the field of even more radical Democrat candidates.

Idaho will have its say on who the Democrat presidential candidate should be on March 10th.

The question is, will there still be a race by the time voting takes place on March 10th?

Candidates are dropping like flies and it remains unclear how many will be left in the coming weeks.

Elizabeth Warren is another gun-grabbing politician who should never be president. She’ll lose the Idaho primary if she stays in.

Yet she intends to visit Idaho anyway.

Do you believe Warren has a chance of winning the Democrat presidential nomination?

Let us know in the comments below!

1 thought on “Elizabeth Warren to Visit Boise on Saturday”