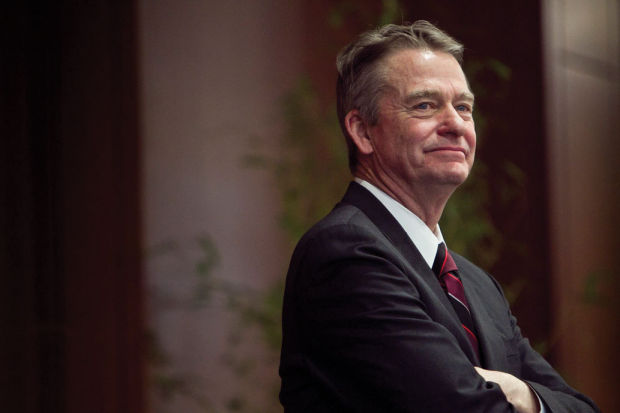 The people of Idaho are growing increasingly frustrated with Governor Little.

His heavy hand of government has found its way into businesses where the state controls its license to operate.

In particular, restaurants and bars have been threatened in recent days by the Governor’s office. The Idaho State Patrol is delivering letters to various establishments with threats of license revocation.

Now, a small business in Pocatello is the next establishment to get the middle finger from Gov. Little’s state liquor board.

Hooligans Pub and Deli didn’t even open early. They tried to do the right thing by re-arranging their establishment with social distancing guidelines.

I even shot a video with them explaining how they would allow people in and what their cleaning requirements would be.

Additionally, the owners, Evan and Amber, sent in a “re-open” plan to the Department of Health and Welfare for approval.

Thanks for submitting your plans, they look good. I will be sending the official signed and approved form back prior to Stage 2 beginning.

For your information, the CDC recommends using 5 T bleach to 1 gallon water on all high touch surfaces in order to kill Covid19. However, if you utilize this solution on a food contact surface it would need to be wiped down with clean water prior to food preparation.  Most facilities I have talked with are going to use the high concentration in their lobby/bathroom areas and continue with the food safe standard sanitizer in their kitchen with a nightly wipe down of the higher concentration.

For your information as ABC also issues a permit for your facility you will need to have approval from them  to open May 16th. At this times it seems they are basing that on if you have a restaurant designation on your liquor license. You can talk to ABC or Detective Caldera for more information there.

Sadly, they also told Evan, the establishment owner, that he must get approval from Gov. Little’s state liquor board.

That’s where things begin to fall apart. The liquor board told Evan that his establishment isn’t a real restaurant and therefore he can’t open on May 16th.

Instead, Hooligans must wait until June 3rd to open. There is a GoFund me for Hooligans if you wish to pitch in and help them during this difficult time.

They are grateful to their supporters and pray they can open soon but it appears Gov. Little is going to stick it to them for as long as he can.

Nevermind that you can walk into a Walmart Supercenter right now without any problems.

In fact, Walmart currently has a “limit” in its stores of 1,000 people!

How does any of this make sense? 1,000 people can go into Walmart and touch everything they want and yet Hooligans and similar bars and restaurants can’t have ONE person in their establishments?

Go to any Walmart and you’ll see hundreds of people without masks, not social distancing, and touching numerous products without purchasing.

But a bar or restaurant can’t have twenty, ten, or even five people in their establishments? The heavy hand of government is keeping these establishments down.

That hasn’t stopped some of them from opening anyway to try and survive.

However, Gov. Little is now using the Idaho State Police to go after establishments opening early, even if they are following the “opening” guidelines.

This is perhaps one great reason to abhor state-run licensing programs.

The coronavirus shutdown has exposed those who would use the government to shut down establishments they control. Bars, restaurants, salons, and others who require a state license are at the state’s mercy.

Slick’s Bar in Nampa recently posted the letter from the ISP stating they would do an emergency “cease” of their liquor license if they remained open.

Of course, you can go to a state liquor store at any time and get as much as you want.

That darn market competition can’t get in the way though.

As the outrage against Little’s “re-opening” plan grows, will he listen to the people? The odds are not in our favor.

Gov. Little seems poised to ignore the conservative base that elected him and instead continue his pleasing of the elite and leftists who shouldn’t have any sway in this state.

19 thoughts on “Gov. Little’s Liquor Board Strikes Again Against a Small Business in Idaho”