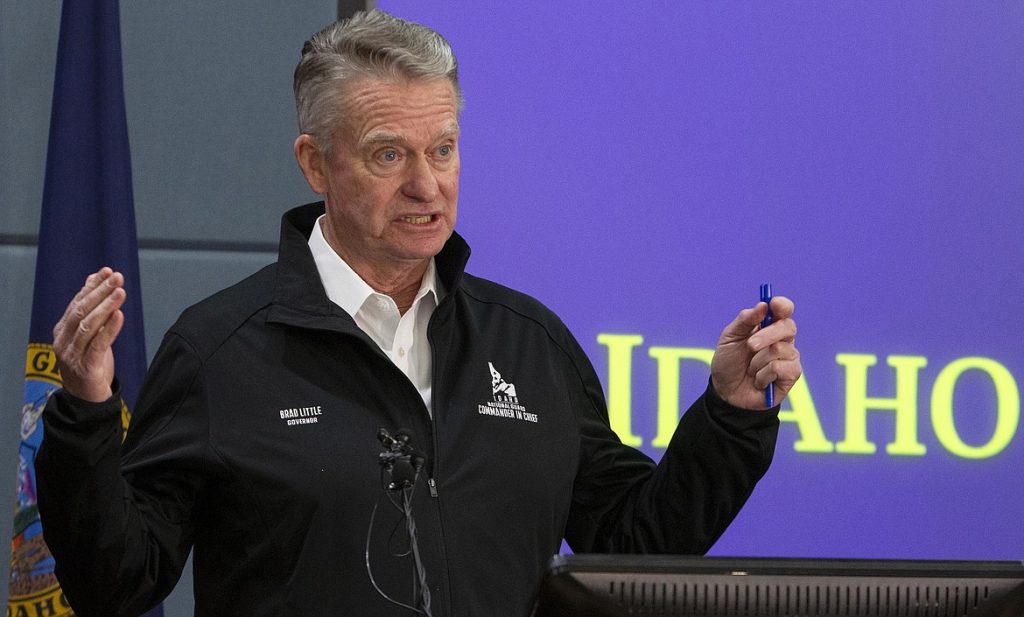 When the initial “stay-at-home” order was issued by Gov. Little, a lot of people supported his decision.

I didn’t of course and neither did a lot of Idahoans who don’t appreciate the government overreach. When Gov. Little extended the stay-at-home order he lost even more supporters who felt the extension wasn’t necessary.

Now, with Gov. Little’s “re-open” plan, he’s losing even more support. Idahoans are tired of being cooped up and tired of seeing their local businesses devastated by the continued shutdown.

There is a movement now to recall Gov. Little for his actions during the Coronavirus pandemic.

What will it take though to recall Governor Little and is it worth the time, effort, and money that will be expended?

First, we must recognize that recalls are extremely difficult in Idaho. Some say they are impossible.

Recalls have been made more difficult in recent years by the Idaho legislature.

This is obviously done on purpose to discourage people from even trying it. And it seems to have worked given the lack of attempts in recent memory.

Although legislators are elected every two years which really negates the need to even try a recall barring some major incident that necessitated it.

Governors are elected every four years though, so time isn’t necessarily an issue depending on how much time is left before their re-election.

So, if you are considering recalling Gov. Little, here are some things that will be necessary to make it happen.

You can see from these requirements how difficult this task really is.

That doesn’t mean it is impossible. The people organizing the recall just have to realize how hard it is going to be and make sure they are prepared for a very long summer and fall.

There are some other things to consider for this particular recall.

Gov. Little is up for re-election in two years. While that seems like a long time, a gubernatorial campaign takes a long time. Anyone considering running against Gov. Little would want to start soon anyway and should regardless of how the recall might go.

We also have to remember that large public gatherings may not be taking place and that is the best time to get signatures. We also don’t know how voters will respond to those going door to door to gather signatures.

Finally, it is unclear right now whether the Democrats would support the recall or not.

Democrats helped elect Brad Little in 2018 by voting in the Republican primary to stop Raul Labrador.

While the Democrats don’t necessarily care for Brad Little, and would rather have a democrat in office, they certainly don’t want someone more conservative than him in office. If Brad Little is recalled, Lt. Governor Janice McGeachin steps into the role of Governor until an election takes place.

However, Little has also signed two bills considered “anti-transgender” in recent months. HB 500 and HB 509 are sure to dissuade some democrats from voting for him.

There was also another bill that Little signed that was considered “anti-affirmative action” and could keep some democrats from voting for him.

It is unclear how many republicans are upset about Gov. Little’s decisions during the shutdown.

While the conservative base is not happy with the governor, we don’t know how upset the moderates are.

Certainly, there are going to be Brad Little supporters no matter what. He has a core group of people who support him just as any politician does.

However, I am seeing a large number of people say they voted for him once but will never do so again.

Recently, Keep Idaho Free conducted an online poll asking people if they would choose Lt. Governor Janice McGeachin over Gov. Little in 2022 if those were the two choices.

To date, 89% of over 2,000 respondents said they would choose Lt. Gov. McGeachin over Gov. Little in a head-to-head election.

While the poll isn’t scientific, there is clearly a disdain for the way Gov. Little has handled the Coronavirus situation amongst the conservative base. Lt. Gov. McGeachin has also made it clear that she opposes the governor’s path and has been supporting local businesses who are struggling to survive.

Her sentiments and frustration are felt by many Idahoans.

Small businesses are being devastated by Gov. Little’s decisions and when small businesses turn on him, they’ll also turn their communities against him too.

You also have a number of counties that have had no cases of Coronavirus death and very few confirmed positive results overall.

Rather than letting these communities deal with the issue as they see fit, Gov. Little forced them to abide by the same lockdown rules as everyone else.

Many of these communities have expressed outrage at the inability to maintain “local control” over how they handled the spread of the virus. Again, it is unclear how deep the anger and frustration over the shutdown and slow re-opening are going to be. Are moderates going to look the other way during the recall?

The movement has already begun and time will tell how it pans out. I’m not saying a recall is impossible or that it shouldn’t be done.

However, I want people to understand what they are getting themselves into and I hope they are ready to put in the work to make it happen.

22 thoughts on “Here’s What it Will Take to Recall Gov. Brad Little”