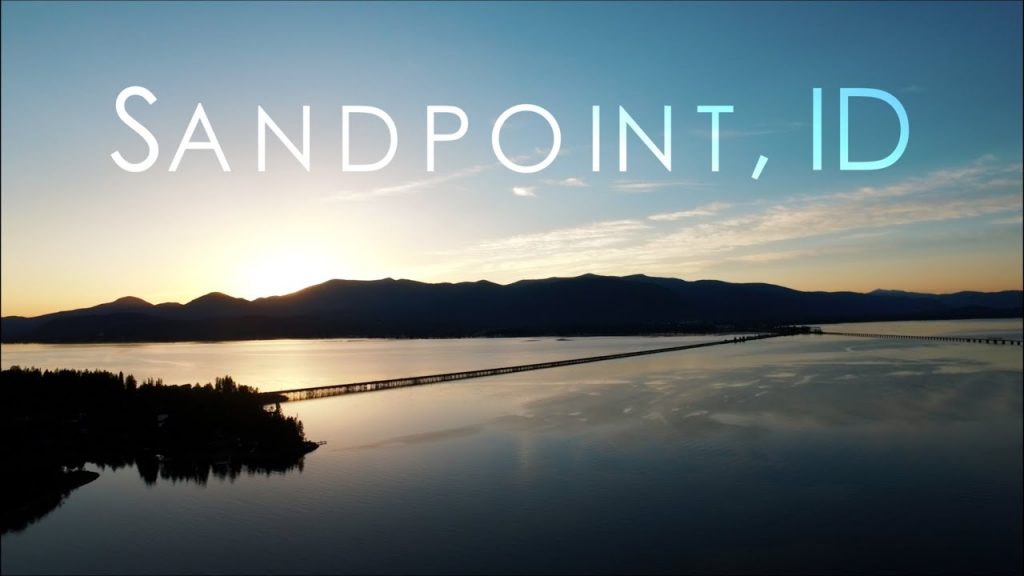 Progressive Democrats in Idaho are mobilizing in rapid fashion to turn Idaho “blue.”

Many of our larger cities have already turned blue or are in the process.

Sadly, this is the same result in many other states. The leftists move to the urban areas and it is those urban areas that end up controlling a state.

However, we do know that Democrats also take over smaller towns because most states don’t have laws requiring party disclosure in city elections.

In “deep-red” states like Idaho, Democrats don’t have a chance at winning many state legislative races. There are a number of districts they control but stand little chance outside of their strongholds.

As a result, many of them resort to running for local offices like city council, mayor, or school board.

Idaho requires transparency from candidates on party affiliation for state legislative races, county commissioners, assessors, and even the coroner. That’s right, the person whose sole job is to say whether someone is deceased or not, has to declare their party affiliation.

Unfortunately, city elected officials are exempt from this transparency.

Progressive Democrats are exploiting this loophole. This is something that needs to be remedied before it’s too late.

Democrats in Idaho have admitted that they like our elections because we don’t require party disclosure.

Former House Minority Leader Mat Erpelding told one news outlet, “In nonpartisan races, when we’re not saddled with the ‘D,’ when we are able to run on our values, we have tremendous success in elections.”

And he isn’t the only one with that mindset.

You may remember Evangeline Beechler, the Democrat State Party Chairman, who was caught on video saying they like local elections because they can “hide” their identity.

Beechler even tried to run for city office her self in Caldwell. She was crushed in that race after Caldwell voters found out who she really was.

However, we can’t sit back and hope that is the result in every election.

In speaking to one legislator during the 2020 Idaho legislative session, I heard one particularly disturbing story.

The legislator said that one of their towns was run by an admitted communist!

The individual apparently is the mayor of a small town in Idaho with just over 1,000 people. Because we have not verified this information independently, we don’t want to post the name of the individual.

Sadly, this wasn’t the only legislator to tell us they have very liberal people running their town.

Another legislator in a different part of the state said one of their city council members was liberal. That town only was also small.

The solution to this problem is to require party disclosure in city elections.

This issue is really about candidate transparency. Voters have a right to know who they are electing.

Therefore, during the legislative session, we worked with Rep. Christy Zito (R-Hammett) to draft a bill to require disclosure in city elections.

Several legislators had asked that the threshold for town size be set around 1,000 people. Apparently, there are enough towns in Idaho with 30 people and party disclosure may make it more difficult.

So, during the 2020 Idaho legislative session, we worked to draft legislation that would require party affiliation disclosure in city elections with towns/cities of 1,000 people or more.

Below you will see an image of the draft legislation that we had completed. 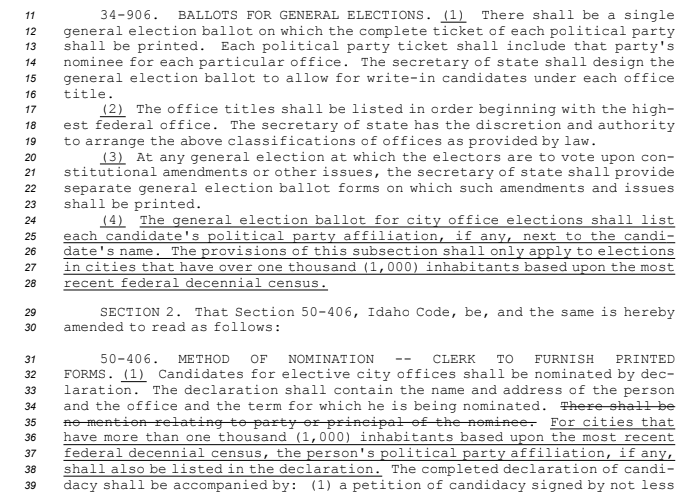 Now, we are working with legislators to gauge their interest in making this legislation become law in Idaho.

Additionally, we polled Idahoans on our Facebook page about this issue. We asked them if they felt knowing the party affiliation of city candidates would be useful information.

The bill is likely going to face strong opposition from the Idaho Democrat Party for obvious reasons. It takes away their ability to “hide” in local elections.

Finally, the Idaho Association of Cities is likely to oppose the bill.

Some people are going to claim how you run a city doesn’t matter based on party affiliation.

Or, what about the city of Sandpoint which is run by a radical leftist mayor? Their city council spent hundreds of thousands of dollars on 54 trashcans!

In conclusion, Idahoans need to have this information transparent for our elections.

What do you think?

Do you support requiring party affiliation disclosure in city elections? Let us know in the comments below.

Also, be sure to sign up for our newsletter here: https://gregpruett.com/newsletter/