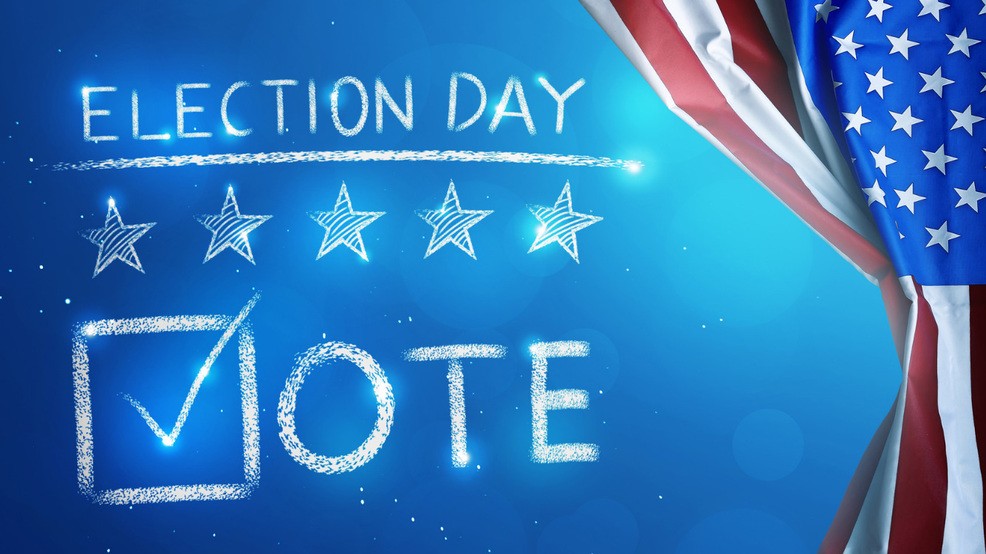 Each election year we see a concerted effort by Democrats to influence the Republican primaries in Idaho.

Generally speaking, the Democrats try to get their people to register in races where there is a real conservative versus a liberal-conservative. They may also want to help a Democrat who simply puts ‘Republican” as their party affiliation for the campaign so they have a chance at winning.

2020 hasn’t been any different as evidenced by recent messages and posts put out by Democrats.

For instance, the Lemhi County Democrats put out a message to switch parties for the primary to help LaVerne Sessions.

Rep. Moon has been a fantastic conservative who has fought hard against the progressive agenda. The progressives hate people like Rep. Moon.

So, the Democrats who have no chance to win in District 8 with their own candidate, decided to urge their members to switch parties and help LaVerne out. 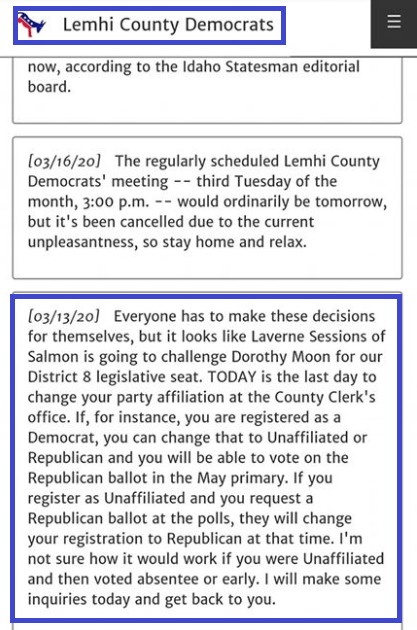 Now, what does that message from Democrats urging their people to vote for LaVerne say about LaVerne?

Remember, every Republican running in the primary tells their potential constituents they are the most “conservative” person in the race. Yet the voting records of so many of these “Republicans” are anything but conservative.

Clearly, the Democrats understand the difference between a real conservative and a fake one and that’s why they back people like LaVerne.

In fact, the Democrats hate Rep. Moon’s conservative credentials so much, they are willing to switch parties, which they had to do by March 13th, just to vote for LaVerne who they know will not be as conservative as Rep. Moon.

I don’t know about the rest of you, but I would be embarrassed if the Democrats were trying to help me win a race. You would think LaVerne and candidates like her would wonder about their own political stances when the party of gun grabbers and baby killers is trying to help you.

Is LaVerne Sessions the only Republican candidate the Democrats are trying to help during the 2020 primary?

Sadly, there are probably a number of races that they are pushing their people to get involved in.

Another race is Rep. Bryan Zollinger who is being challenged by Maro Erickson.

It’s no wonder he is a target of the Democrats and northeast liberal “Republicans” like former Idaho Representative Stephen Hartgen.

The Democrats hate anyone who stands for real freedom and especially those who have high scores as ranked by the Idaho Freedom Foundation and American Conservative Union.

With Zollinger, the Democrats are joining the Republican Party with the sole purpose of taking him out.

Here is one example of a Democrat changing party affiliation to vote against Zollinger: 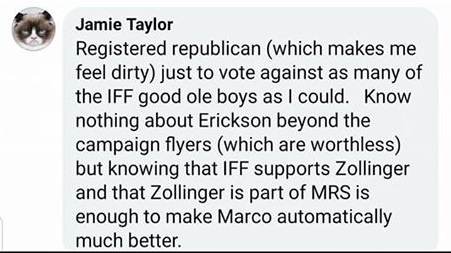 This individual is also in southern Idaho and votes against candidates supported by real conservative donors and activists:

Interestingly enough, Zollinger’s opponent claims that he is a life-long Republican.

Additionally, he only registered as a Republican six months before he filed to run for office. This seems to be the beginning of his “Republican” life.

See the video here for yourself.

FACT CHECK: My opponent has repeatedly claimed he has "voted in many REPUBLICAN PRIMARIES in IDAHO over my lifetime." However, Idaho Secretary of State records tell a different story. It appears he has NEVER voted in a Republican primary and just registered as a Republican for the first time 6 months before delcaring his candidacy.

Posted by Representative Bryan Zollinger on Wednesday, May 13, 2020

However, we do know that Democrats are financially supporting Erickson’s campaign. Several well-known Democrats down have maxed out their donation amounts ($1,000) to Erickson.

One of those Democrats is Anne Voilleque, who is a wealthy donor in Bonneville County who also donates regularly to the Idaho Democrat Party, the national Democrat Party, and maxed our her donations to Paulette Jordan two years ago.

The Democrats want Zollinger gone and they’ll do anything to make it happen.

There is a high probability that Representatives Zito, Nichols, Christensen, Scott, and other true conservative legislators are also having Democrats change party affiliation to vote in the primary or donating to their opponent’s campaigns.

Even the Idaho Statesman’s own “research” showed that Democrats are changing party affiliation to be a part of the Republican primary.

It was one of the reasons the Republicans went to a closed primary.

A study that the Statesman cited in their article said that as many as 40% of Idaho Democrats could be voting in the Republican primary as registered Republicans. The Statesman says that the number is much lower.

Either way, Democrats are changing party affiliation and are likely targeting their efforts on legislators with real conservative records.

Have you ever heard of Democrats voting in the Republican Primary to take out someone like Rep. Jarom Wagoner or Rep. Linda Hartgen?

Of course, you haven’t. That’s because Democrats enjoy the liberal voting records of a number of Republicans.

Democrats in Idaho are targeting the real conservatives.

It is largely believed that Governor Little only won because Democrats changed to Republican to vote for Brad Little in an effort to defeat Raul Labrador.

If you compare the number of votes cast in the Republican Gubernatorial race versus the Lt. Governor’s race, there is a 20,000 vote difference.

This means that at least 20,000 people voted in the three-way Republican race for Governor over how many voted in the Lt. Governor’s race.

I don’t have the screenshots anymore but there were a lot of Democrats at that time who admitted to switching parties to only vote for Brad Little.

So, they not only switched parties but they also only voted in the Gubernatorial race. Essentially, after they voted for Brad Little they didn’t fill out the rest of the ballot.

There is no direct evidence that Democrats handed Little the victory, but we know they were trying to help him.

This has been happening for years and short of changing to a caucus system, it likely won’t ever change. Certainly, the closed primary will decrease the number of people trying to vote in the Republican primary.

However, that isn’t going to stop it completely.

For now, you can use these instances of Democrats supporting certain candidates as a litmus test for who the real conservative is in the race.