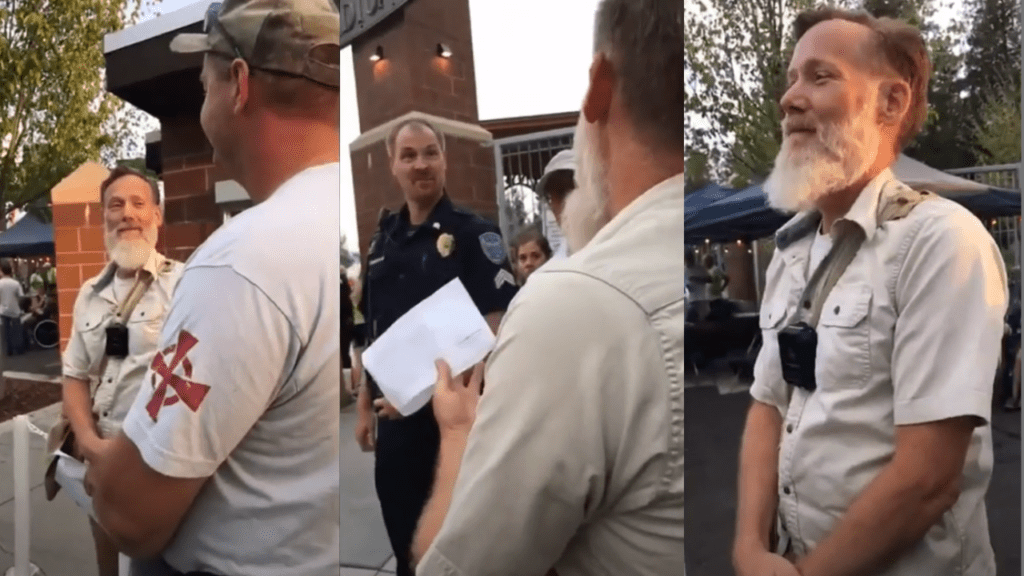 The door for gun control in Idaho just got blown wide open by an Idaho judge.

Idaho’s firearm preemption statute was essentially gutted in an absurd opinion from 1st District Judge Lansing Haynes on the “Festival at Sandpoint” case. Idahoans have an important lesson to learn in what just took place and we want to cover that briefly in this article.

First, a little background on what this case is all about.

For about two weeks every year, a non-profit called the “Festival at Sandpoint” holds a concert at a public park known as War Memorial Field. Up until 2019, the Festival did not try and prohibit firearms from coming into the park.

However, after the “Garlic Festival” shooting in California, the Festival decided to ban firearms at War Memorial Field during their event. The Festival “leases” the property from the city of Sandpoint for the event.

Two citizens and Idaho Second Amendment Alliance members, Scott Herndon and Jeff Avery, attempted to enter the festival while they were armed. They were denied entry and a Sandpoint police officer even threatened to take action against Herndon if he proceeded through the gate even though he and Avery had purchased tickets.

Now, it’s important to note that Idaho’s preemption statute prohibits any government entity from enacting gun control on public property such as parks, sidewalks, and city halls. The point of firearm preemption is to prevent a patchwork of gun laws from being implemented across the state.

The city argued before the judge that they leased the property to the Festival and that they had no part in the firearm ban at the park. The city tried to wash its hands of any wrongdoing.

However, if you watch the video of the incident, you will notice that at one point (12:47 mark), a Sandpoint police officer comes out and tells Herndon, one of the plaintiffs, that if he attempts to enter the park, he will have to take action against him. So, the city, despite its claim that they weren’t part of enforcing the ban, had their police officers there ready to arrest Herndon and Avery if they entered the event.

The ISAA and SAF argued before the judge that using Sandpoint’s interpretation of the law, the city could “lease” any public property, such as a sidewalk, to a private entity. That private entity could then ban firearms for the remainder of their so-called lease.

This sets a dangerous example now that mayors in Idaho who support infringing on the right to keep and bear arms can use to get around what the legislature had clearly intended to prevent.

What is to stop the city of Boise, with their anti-2nd Amendment mayor, from essentially leasing parks, sidewalks, and other public spaces to private groups all summer long and those private groups banning firearms? Coeur d’Alene, Sandpoint, and other “blue” cities could implement gun control in a similar fashion.

The entire purpose of the firearm preemption statute is to PREVENT this exact scenario!

If a city does not have the power and authority to prevent the right to keep and bear arms on public property, how can they possibly give it to someone else?

Alexandria Kincaid (ISAA) and Don Kilmer (SAF) put together an incredible argument that the Festival at Sandpoint and the city of Sandpoint had violated the right to keep and bear arms and Idaho’s preemption statute. Their arguments to the judge were incredible, and anyone who heard them saw a solid case laid before the court.

Sadly, Haynes decided to completely ignore their oral arguments and did not really rebut at all the real issues at hand.

This is why paying attention to who your judges are is vitally important. You can’t just keep electing judges in Idaho without doing more homework on how they will interpret the law. Not only that, but we need some of these judges to be challenged because nearly all of them go unchallenged.

I honestly can’t remember the last time there was a high-profile race against an incumbent judge in Idaho.

Idahoans must keep a close eye on their cities and towns in the coming months, especially if you live in a Democrat-run town. Look to see if similar public property, especially on a temporary “lease” is being used by private groups who are then banning firearms.

In the meantime, the ISAA, SAF, Herndon, and Avery will look for further legal remedies. The next step for Herndon and Avery, should they choose to do so, would be an appeal to the Idaho Supreme Court.

If the case goes to the Idaho Supreme Court, hopefully, the judges there will actually listen to the arguments before them and not have a predetermined outcome before they even hear the case as was the rumor with Haynes. The case coming before the Idaho Supreme Court could also give Idahoans a view into how the court is going to interpret your right to keep and bear arms in Idaho and whether or not the firearm preemption statute intended to prevent this type of gun control.

Haynes is up for re-election in 2022 by the way and he could face a challenger as a result of this opinion. A challenger would most certainly use the Sandpoint case given that it left Idaho vulnerable to California-style gun control.

Either way, pay attention to the judges next year across the state and maybe ask them some questions about their judicial philosophy and how they would have “ruled” in this case.