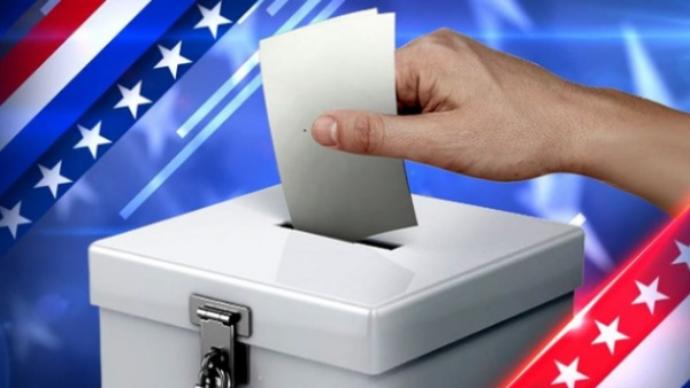 With radical progressives trying to take over Idaho, there is one idea that many Republicans should be able to get behind.

In nearly every election in Idaho, you know going into the voting booth what party the candidates belong no matter what race it is. From President of the United States down to your county commissioners, their party affiliation, if any, is there for all to see.

However, when you vote in city elections, not only do you not immediately know the party affiliation of the candidates running, Idaho law (IC 50-406 & IC 50-3112) specifically prohibits it.

The question is should we change Idaho’s law to require party affiliation for city elections as well?

Opponents of such a requirement say that party disclosure in city elections isn’t necessary because “running a city isn’t partisan.”

Do Republicans and Democrats for instance run cities exactly the same way? One look at Seattle, Portland, Detroit, or San Francisco and you know that’s not true!

Would the conservative versus liberal leanings of a mayor or city council member not matter when it comes to spending, taxes, or social issues a city might face?

In a more rural part of Idaho, if citizens wanted to pass a 2nd Amendment sanctuary resolution, would they have a better chance with Republican city council members or Democrat ones?

There are a wide variety of issues where the differences in how you would expect a city council or mayoral member to vote would be more predictable with knowing their party affiliation.

Some opponents also say that politics is too partisan already and there is no need to disclose such information in another election.

The political process has been galvanized, intense, and dirty for many years.

Anyone who believes that city elections aren’t already that way is kidding themselves.

City elections see their fair share of controversies and the “dirty politics” of it all won’t be any different than they are now.

But the reality is these are just cover excuses for the real reason some don’t want city elections to have party disclosure.

In Idaho, Democrats love city elections because they are able to HIDE their party identity from the public.

When you understand that party affiliation can most certainly impact how you vote as a city council member or mayor, you understand why Democrats are anxious to stop a change in this law.

By their own admission, Democrats are happy with the way things are now.

Former House Minority Leader, Mat Erpelding said about city elections, “In nonpartisan races, when we’re not saddled with the ‘D,’ when we are able to run on our values, we have tremendous success in elections.”

What values would those be?

The demolition of the 2nd Amendment? The killing of the unborn? Raising taxes? Out of control spending?

Mr. Erpelding admits that if voters don’t know if their candidates are Democrats, they can get people to vote for them who wouldn’t otherwise.

You see, Democrat candidates can hide many of their beliefs and stances with vague campaign statements like, “innovative growth, community safety, and a greater city for all.”

Democrats know that many voters will see the campaign flyers, hear the campaign slogans, listen to the TV and radio ads, and vote according to the vague information they have put out.

It’s easy to run a campaign and avoid specific words that would tip-off which party you belong to, and what your true intentions might be as a city council member or mayor.

Democrats have used similar tactics in other states very effectively.

How long have they been doing it in Idaho in towns where their political affiliation would be a major concern for voters?

Sure, in places like Coeur d’Alene, Boise, and Sandpoint they are not going to be harmed by disclosing their affiliation.

But in towns like Emmett, Fruitland, and Payette, it’s likely their Democratic affiliation is going to be less welcome.

The Democrat Party, led by socialists like AOC and Bernie Sanders, have gone off the deep end. Many Idaho Democrat candidates will likely support Bernie Sanders or Elizabeth Warren if they win the nomination.

Would a candidate for the city council or mayor in your town who supports the Bernie Sanders platform be of concern to you?

I am proposing a change to Idaho law that would REQUIRE party disclosure on ballots for city elections.

My proposal would NOT require a primary for city elections.

Many cities run different styles of elections. Some have elections where the “top two or three” or more candidates win the seats depending on how many seats are up for re-election. Other cities run elections on a “seat versus seat” basis.

Creating a primary for city elections would cause an undue burden on cities to change their elections.

Therefore, my proposal is to simply require that anyone running for a city election have their party affiliation, if any, next to their name.

If someone is an “independent” or “unaffiliated” voter, that could also be designated on the ballot accordingly.

Voters will be better informed and can have a starting point in which they can research their candidates.

On an online poll conducted through my public Facebook page, 94% of 800 respondents said that knowing the party affiliation of their city candidates would help them determine who to vote for.

While not scientific, the poll does give some insight into the fact that many believe party affiliation in city races would be helpful for them in the voting booth.

That’s not to say that this is an end-all solution to the Democrat takeover of our cities/towns.

Too many voters ignore local elections for the “dog and pony” show of the Presidential election.

Local elections have an immediate and lasting impact on your life. The impact could arguably be bigger than the Presidential election.

Pay more attention to who is running your cities, or attempting to.

This change also doesn’t mean much though if Republicans don’t figure out how to keep Democrats from infiltrating their own party.

Democrats in rural parts of the state have been running as Republicans for state legislature for years. They know they don’t stand a chance at winning as a Democrat.

So, they put an “R” next to their name and if you haven’t done your homework, you are deceived into believing you are voting for a candidate who will adhere to the principles of limited government.

Research each of the candidates who are running for office. find out how they were registered the years before they started their campaign.

Then be sure to ask them detailed questions about constitutional and limited-government stances they may face as a city council member or mayor.

In the meantime, one of the first big steps to helping keep Idaho “red” is by making city elections partisan.