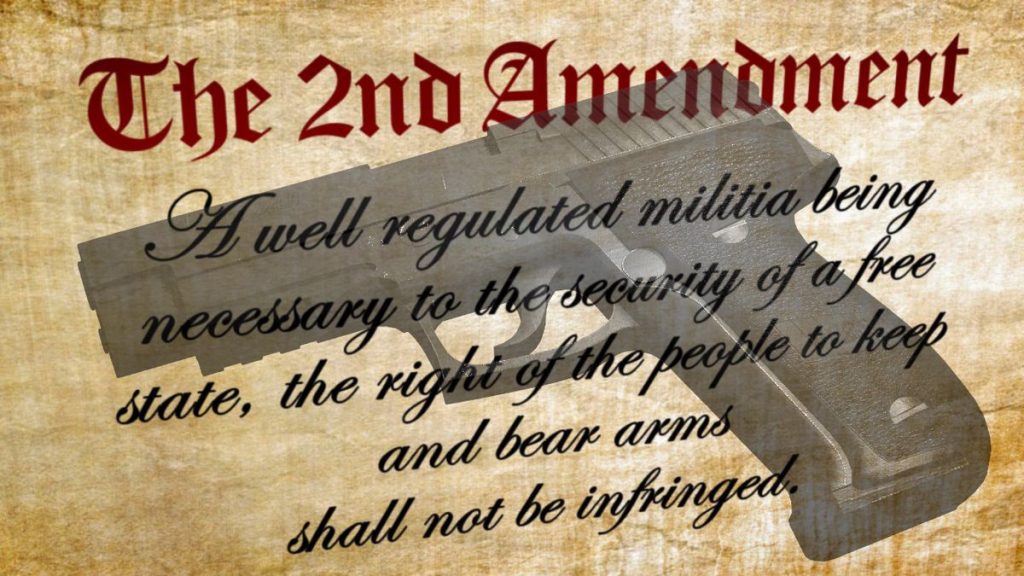 A number of cities in Idaho are passing “2nd Amendment Sanctuary Resolutions.”

Greenleaf, Ashton, Nampa, and a few other cities are doing what we have seen take place in other states. The 2nd Amendment “Sanctuary” movement has come as a result of a number of states having their state legislature taken over by Democrats and by ballot initiatives that infringe on the rights of gun owners.

However, these states aren’t doing it as a whole but they do have local cities and counties working to pass resolutions or ordinances.

This has led to a lot of Idahoans asking me if Idaho is a 2nd Amendment “Sanctuary State.” With the possibility that Joe Biden will be picked as President of the United States by the Electoral College this month, Idaho’s gun owners are even more anxious to ensure that our right to keep and bear arms is protected against Biden’s radical anti-gun agenda.

Idaho did in fact pass a version of a “2nd Amendment Sanctuary State” law back in 2014 while Obama was president.

The Idaho Second Amendment Alliance supported the bill but we felt it could have been a lot stronger than what ultimately passed.

Here is some of what the 2014 law covers and you can read the full text here:

The first thing that the Idaho Second Amendment Alliance wanted was for a violation of this law to be a felony.

For violating this law the first time the individual only faces a civil penalty which cannot exceed $1,000.

On the second offense, the individual faces a misdemeanor. While a misdemeanor is better than nothing, if we want the law to have real “teeth” to it then it has to be a tougher penalty.

Violating one of the most important rights you have is only a civil penalty followed by a misdemeanor? A real penalty for this violation is something the Idaho Second Amendment Alliance felt should have been a bigger priority.

Even the Democrats supported the 2014 law which is somewhat telling. Democrats almost unanimously oppose any good firearm law that is passed in Idaho.

Democrats opposed Constitutional Carry when it passed in 2016 and the subsequent expansions in 2019 and 2020. They also opposed Campus Carry and the codification of the Stand-Your-Ground law.

If Democrat legislators unanimously supported the 2014 “Second Amendment Sanctuary State” law back in 2014, that should tell you that it needs a major upgrade now.

There are a lot of Democrats in Idaho that support the 2nd Amendment. Many of them are members of the Idaho Second Amendment Alliance.

For some reason, however, those types of Democrats never seem to make it to the statehouse. A lot of support for a stronger penalty would probably have driven many of them to oppose SB1332.

In addition to SB1332 not containing a strong enough penalty, we believe it should also cover court orders.

What happens when an activist judge decides to put out an “order” and these same rights are violated? We are going to let that slide?

The courts have not been friendly to the 2nd Amendment and if we are ever going to really protect ourselves as a state, it’s time we do everything we can to protect the citizens of Idaho from infringements on our natural rights.

One of my biggest questions with the 2nd Amendment Sanctuary movement though is will our local law enforcement officers really stand by us?

If Joe Biden becomes President and decides to issue an Executive Order banning AR-15’s are the courts and law enforcement officials in Idaho really going to have the citizen’s backs?

Do I believe that my local police department or sheriff is going to come to my rescue if the federal government is pounding on my door? I’m sorry to say that where I currently live I don’t believe that would happen.

It isn’t that I don’t appreciate the work that many of our law enforcement officers do or that some of them individually wouldn’t want to help me, but are they going to risk their jobs to defend what is in Idaho law over what a President Biden does or if the FBI or ATF comes knocking on my door?

I hope I’m wrong and I think we need to fight to make sure our laws are as strong as we can possibly make them. However, I’m not going to hinge my bets that anyone from the government is going to protect my rights.

Regardless, it’s time to update the law and make it much stronger than it is and I’ll be working with legislators to try and make that happen.

Make sure you are ready to do a lot of fighting over the next four years as well to protect our right to keep and bear arms here in Idaho!

10 thoughts on “Is Idaho Already a “2nd Amendment Sanctuary State?””