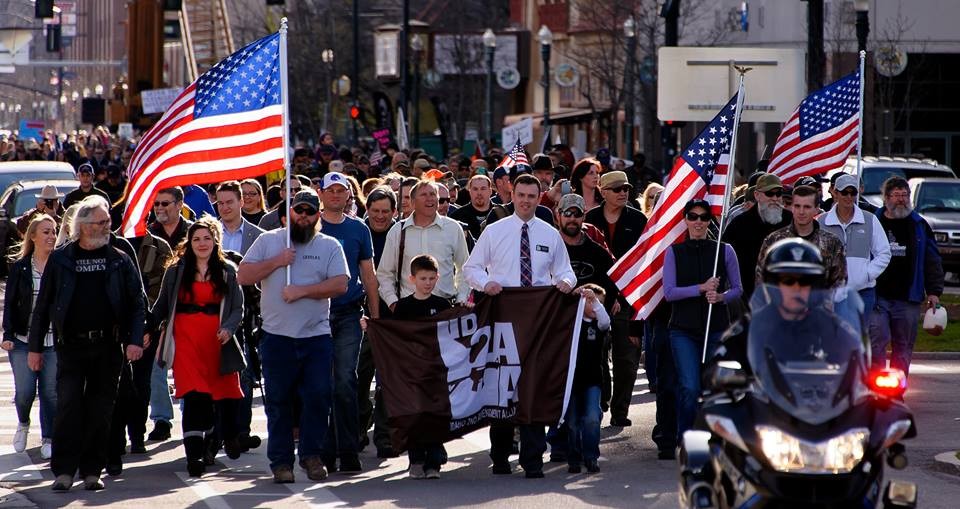 When I started the Idaho Second Amendment Alliance back in August of 2012, I told myself that our organization would not be a Facebook group that complained and whined that not enough was being done to protect our gun rights.

Far too many gun owners simply want to be “keyboard warriors” online and have no desire to get actively involved in the political process. They certainly don’t want to leave the comfort of their homes.

However, if you want to make a difference politically, you must be actively engaged in the process. You must be willing to donate time and money to the defense of your freedoms.

Simply saying, “I have the 2nd Amendment and I don’t need to donate to groups to protect my rights” is both foolish and dangerous. The only reason that gun grabbers have not completely destroyed the 2nd Amendment is because of pro-gun groups preventing further infringements.

The Idaho Second Amendment Alliance in Idaho is the perfect example of a group that goes above and beyond what most political groups do. In addition to the rallies and other events that we hold, we also spend countless hours fighting at the Boise capitol during the legislative session. Add we spend countless hours during election time exposing gun grabbers to their constituents.

You must join groups like this and be a part of their efforts. Attend rallies and other events sure, but you must also be calling and emailing your legislators to make it known what your desires are as their constituent.

With the 2nd Amendment under attack once again, it’s time for gun owners to stand together and push back against any new forms of gun control. Join local (ISAA in Idaho) or national groups (Gun Owners of America) who will NOT compromise on your gun rights.

Freedom is under attack, join the fight today!

3 thoughts on “Only Activism Will Protect the 2nd Amendment!”