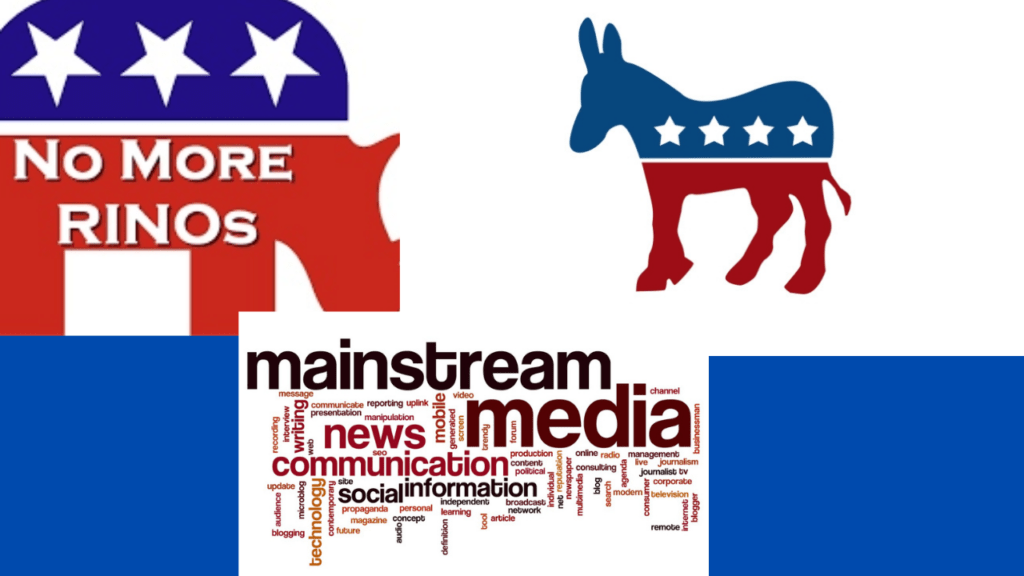 The 2022 Idaho Republican Primary is less than a year away.

With the liberty movement gaining steam in Idaho, the Republicans in Name Only (RINOs) are increasingly concerned that their hold on power here is evaporating. They are lashing out with a vengeance and attacking anyone they can who defends the U.S. and Idaho Constitutions.

It’s becoming increasingly clear that their most hopeful method of attack is to label anyone who believes in limited government and constitutional principles as “far-right.”

To the Democrats and their liberal media allies, every conservative in existence is a member of the “far-right.” That includes RINO Senator Mitt Romney and former President Donald Trump. The left also tries to paint all conservatives as active members of the KKK, and they attempt to tie the terms “far-right” and “KKK” together to scare citizens from supporting the conservative movement.

As Idahoans desire less government intrusion into their lives, you can expect these attacks to increase. You can expect that the RINOs, liberals, and the mainstream media are going to team up to try and take us all down.

The funny thing is, none of them can give you a clear definition of what the term actually means.

Are far-right people those who believe in limited government and people who believe that government usually makes problems worse? I guess that would mean me, but it probably also means a lot of Idahoans.

Does far-right mean people who want to go after the left and their policies like they have been doing to us for years? If so, I guess that means me too because I’m sick and tired of the left winning on so many issues, especially in the culture war.

Perhaps far-right refers to Idahoans who want to be left alone, uphold traditional family values, want lower taxes, and want to keep Idaho from becoming another California hell-hole. Does that make me far-right because I guess I would be guilty under that definition as well?

I am also a firm believer in the Republican Party platform. I’d say probably 97% of the platform is something I believe in, but perhaps I take issue with a couple of small things. So, does that make me far-right?

The liberals, the media, and the RINOs try to paint every conservative as people who believe in Q-Anon, people who stormed the U.S. Capitol, and people who push insane conspiracy theories. If they can paint you in this light, they hope that voters will turn on politicians or activists within the conservative movement.

Now, I have never believed in Q-Anon. I don’t believe anyone should have gone into the Capitol on January 6th, and those who broke the law that day should be held accountable. I despise the KKK and believe that all people are children of God and that your skin color doesn’t change who you are. God loves us equally and expects us to love all mankind equally, despite whatever differences we might have.

The reality is that the RINOs here in Idaho and the left-wing activists are trying to paint all conservatives as the “dangerous far-right” because the left’s big-government ideas are not welcome here. They are losing ground to those who love individual liberty and limited government, and they are fighting back to keep their big-government ideas relevant.

If they can’t win elections based on the merits of their ideas, their next best method is to attack people’s character and motives.

Watch the RINOs and liberals rhetoric over the next year. They are going to call every single conservative in the state, the ones who actually stand up to them and fight back against them, and every single liberty-loving group in the state “far-right.” This is their attempt to take the conservative movement down.

There are a lot of great people in the conservative movement.

Sadly, some of those people in the conservative movement will screw up and perhaps do something unethical or immoral. If they do, they should be held accountable.

But let’s not pretend that this is exclusive to the conservative movement. People from all walks of life and all groups make mistakes and have people within those movements do unethical or illegal things.

While the media ignores non-conservatives who make mistakes or do something illegal, and the RINOs give their own a free pass, expect no mercy from them when a real conservative does the same. They will do everything they can to paint those people as “far-right” and say that the rest of us are just like them.

That’s why you can’t cower to them. You have to stand up to them and not be afraid of their cancel-culture and threats.

I wasn’t afraid of the terrorists and radicals who were trying to kill us in Iraq, and I’m not about to back down to a bunch of Starbucks keyboard warriors here in my own country.

You can label me whatever you want, but I will continue to fight for the liberty and freedom that so many have fought and died for.

10 thoughts on “RINO’s, Dems, and Media Trying to Label Conservatives as “Far-Right””