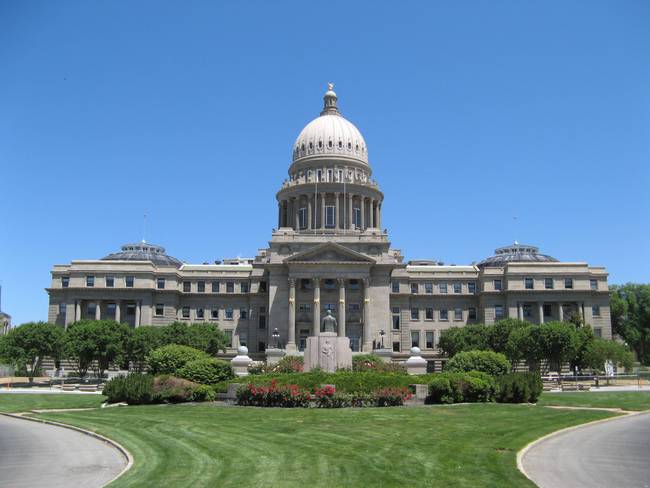 Another battle is raging in the Idaho legislature over the ballot initiative process.

A bill has been introduced to require that signatures be gathered from every legislative district (35 districts total) instead of the current number of 18 districts. The bill is being sponsored by Sen. Steve Vick (R-Dalton Gardens).

I am encouraging my fellow Idahoans to immediately contact your state senator using the link in this article to tell them to support SB 1110 and to send the bill to the Idaho House.

Ask any conservative coming from Oregon, Washington, and California how they feel about the ballot initiative process. Undoubtedly, almost all of them will tell you that it has wrecked their states.

I have been told that even the Democrat politicians in California are sick and tired of ballot initiatives.

The ballot initiative process has been used to attack the 2nd Amendment, destroy capitalism, raise taxes, and much more.

There is a reason that this initiative process has become the favorite tool of liberals in “red” states.

Many initiatives use deceptive wording, ad campaigns, and more to convince voters that something is good and something they want. By the time they figure out what they have voted for is so terrible, it’s too late. The people pushing the initiative can then throw up their hands and say, “Oh well, I guess we messed up.”

Once they pass one initiative, they then move onto the next one and repeat the process.

If Idahoans don’t realize very quickly how the initiative process is going to destroy our state, then we need to take a trip to a liberal state to see the results of the initiative handiwork.

I want to address just briefly some of the common arguments I hear for keeping the initiative process.

(Don’t forget to send an email to your state senator today using this pre-written email link and take action in less than 30 seconds! https://oneclickpolitics.global.ssl.fastly.net/messages/edit?promo_id=11303)

“Idaho already has one of the strictest ballot initiative processes in the country!”

On the surface, this sounds like a good argument right? And, of the states with a ballot initiative process, we do have one of the more stringent ones.

However, what the people who say this to you conveniently leave out is that less than half of the country even has a ballot initiative process!

Yes, you read that right. Over half of the country doesn’t even have an option for citizens to do direct democracy.

If you guessed “states with a ballot initiative process” you would be correct.

And Idaho didn’t used to have an initiative process. It wasn’t part of our original state constitution.

“Okay, but Idaho rarely passes or even gets ballot initiatives on the ballot in the first place!”

Historically, this is an accurate statement as Idaho has in the past not pushed very many ballot initiatives.

Additionally, groups like Reclaim Idaho have plans to use a lot of initiatives in the future. If the process stays the way it is now, they will have the process down very quickly and you won’t be able to stop their left-wing agenda.

Wealthy liberal groups are starting to figure out the initiative is their best friend in states like Idaho.

And as we have seen with Medicaid Expansion, the Idaho legislature will be unwilling to overturn anything the liberals pass through a ballot initiative.

Idaho is one of the last places in the United States where liberty has a chance to thrive and where liberals have not gained a major foothold but the ballot initiative process could upend that completely.

I hope you will take a few moments to contact your state senator right away.

They need to hear from you because the only voice they are hearing right now is the loud minority in this state. You have to be louder!

Use the link here to contact your state senator and then share it everywhere you can: https://oneclickpolitics.global.ssl.fastly.net/messages/edit?promo_id=11303