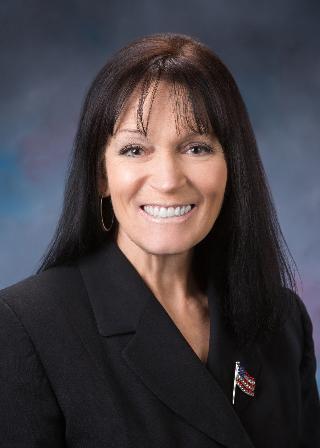 While most Republicans in the Idaho capitol will vote for pro-2nd Amendment bills, there are only a few that go above and beyond.

A lot of politicians claim to support the 2nd Amendment on the campaign trail but only a handful fight hard for gun owners once they are inside.

This year, we wanted to thank five Republican legislators for the hard work they did inside the capitol. So, the Idaho Second Amendment Alliance had five ads made to do just that!

Rep. Zito (Republican – District 23) has also been working to expand Stand-Your-Ground and Idaho’s Firearm Preemption law. Finally, she has filled out the ISAA candidate survey with 100% pro-2nd Amendment answers.

Check out the ad the ISAA made to thank her for her efforts.

Second, Rep. Tammy Nichols has been a big supporter of gun owners in the capitol.

She has always answered her ISAA surveys with 100% pro-2nd Amendment answers.

Rep. Nichols (Republican – District 11) also cosponsored all pro-2nd Amendment legislation put forward by the ISAA. Only a handful of legislators were willing to do that!

Even prior to becoming a legislator, Tammy was always speaking out in favor of the work of the ISAA was doing.

Check out her ad below.

Many new legislators don’t take on the task of trying to sponsor pro-2nd Amendment legislation. However, Julianne Young didn’t shy from it.

Julianne and Christy successfully helped lead the effort to ensure the age limit across the state of Idaho for Constitutional Carry was the same.

Check out her ad below!

Fourth, Rep. Chad Christensen led the effort to try and pass School Carry for our teachers so they could better protect our students.

Chad Christensen, known for his incredible defeat of Tom Loertscher in 2018, told his constituents that he would fight for gun owners.

You can see his ad below.

Finally, Rep. Bryan Zollinger has helped gun owners with being able to carry their firearms inside their vehicles with no permit.

After the passage of Constitutional Carry in 2016, there remained a lot of confusion about whether the law applied to the inside of vehicles. It did in fact apply but the law was very confusing, even for law enforcement.

Rep. Zollinger sponsored a bill that cleared up that language in Idaho’s law!

Check out his ad below.

If you are a gun owners and appreciate all their hard work on your behalf, be sure to tell them “thank you” today.

There are other Representatives that work hard for you.

Follow the Idaho Second Amendment Alliance and keep up on who is fighting for you. Not all “Republicans” support the 2nd Amendment like they are claiming on the campaign trail right now.

The Idaho Second Amendment Alliance survey is a great way to see who is willing to go “on the record” on specific 2nd Amendment issues.

Demand accountability from your candidates!

3 thoughts on “Thank You to These Five Republicans for Helping Gun Owners!”