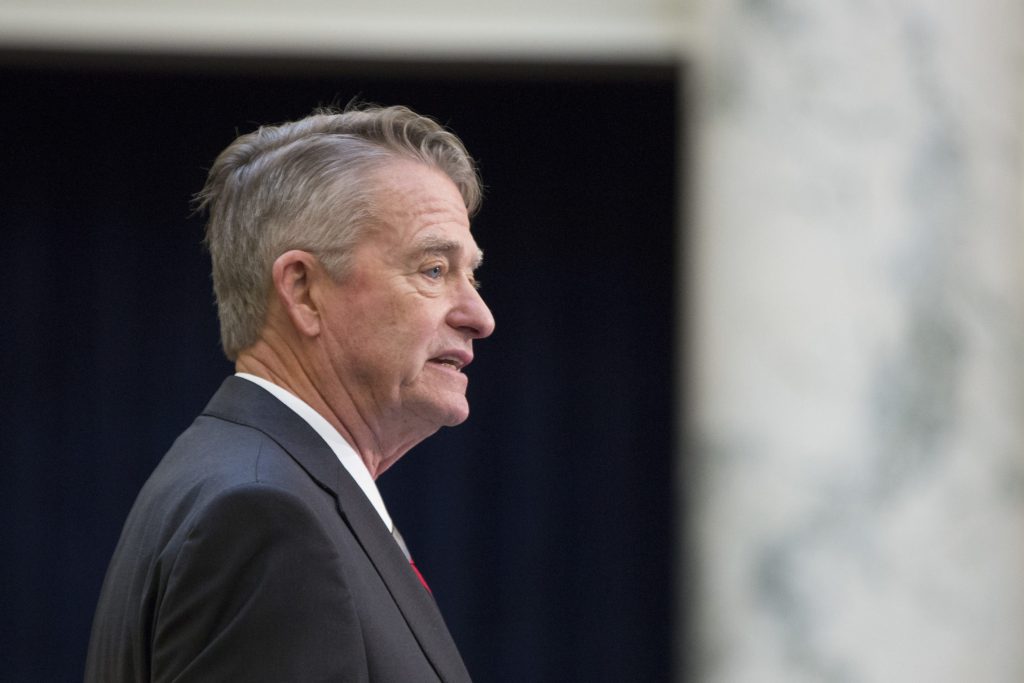 The legislative session is officially over.

The end of the session was rather hectic given the fight to stop the coronavirus.

Additionally, a number of bills were sent to Governor Little that has caused controversy for weeks.

Many of these bills barely made it to his desk in time.

Gov. Little has three bills on his desk which he may veto that would upset his conservative base.

The first bill, HB 500, would prohibit biological boys from competing in girl’s sports. The bill is sponsored by Rep. Barbara Ehardt (R – Dist. 33).

Of course, this “controversial” bill should be a no-brainer for Gov. Little. Unfortunately, he has made some indication in previous media interviews that he may not support the iissue.

However, HB 500 does have widespread support among the conservative base in Idaho.

Idahoans don’t want to wait for this to become an issue here. Sadly, it has become an issue in other states and biological girls are losing out on championships and other opportunities because boys are beating them in their own sports.

There is an anticipated lawsuit from the radical left on this issue.

Additionally, another bill that deals with transgender issues may be vetoed by Gov. Little.

HB 509, sponsored by Rep. Julianne Young (R – Dist. 31), would ensure that material facts such as height, weight, and gender remain on a birth certificate in the state of Idaho.

This bill will have a court challenge as well.

HB 500 and HB 509 were part of a series of bills dealing with transgender issues. Another bill would have prevented mutilation and puberty blockers from being administered to minors.

That bill was held in committee by Chairman Greg Chaney.

Lastly, Gov. Little must decide if he wants to veto HB 440, the anti-hiring discrimination bill.

Rep. Heather Scott (R-Dist.1) is the sponsor of this bill that would prohibit state agencies from using affirmative action as part of their hiring process.

Conservatives have long opposed hiring based on anything other than performance ability.

And because the bill deals with state agencies, it is of the utmost importance to conservatives. Conservatives don’t want their tax dollars to be used in support of affirmative action-style policies.

There is a twist in the pressure that Gov. Little is feeling to sign or veto at least two of these pieces of legislation.

Several big businesses have come out in opposition to the two bills dealing with transgender issues.

Banning boys from girl’s sports would hurt their ability to recruit new employees.

Are these businesses going to fund the scholarships of girls who don’t get them because of boys taking their spots? That’s unlikely.

Idaho’s conservatives tell you they don’t want Idaho to be the next California.

If that’s true, you have to stay ahead of the progressive agenda BEFORE it becomes an issue.

In conclusion, these are three issues that conservatives should be able to rally around.

Gov. Little is either going to support them and what most of his constituents want him to do, or he’s going to bow to big businesses.

If you want Gov. Little to signs these three pieces of legislation you are running out of time.

Below, you will find his contact information and the deadline Gov. Little has to make a decision on the bills.

Note: Gov. Little has several options with each of these bills. He can sign or veto the bills. Additionally, he can let them “ride” into law. That means he doesn’t sign or veto them and they simply become law without any action on his part.

1 thought on “Three Controversial Bills on Governor Little’s Desk. Will He Veto?”