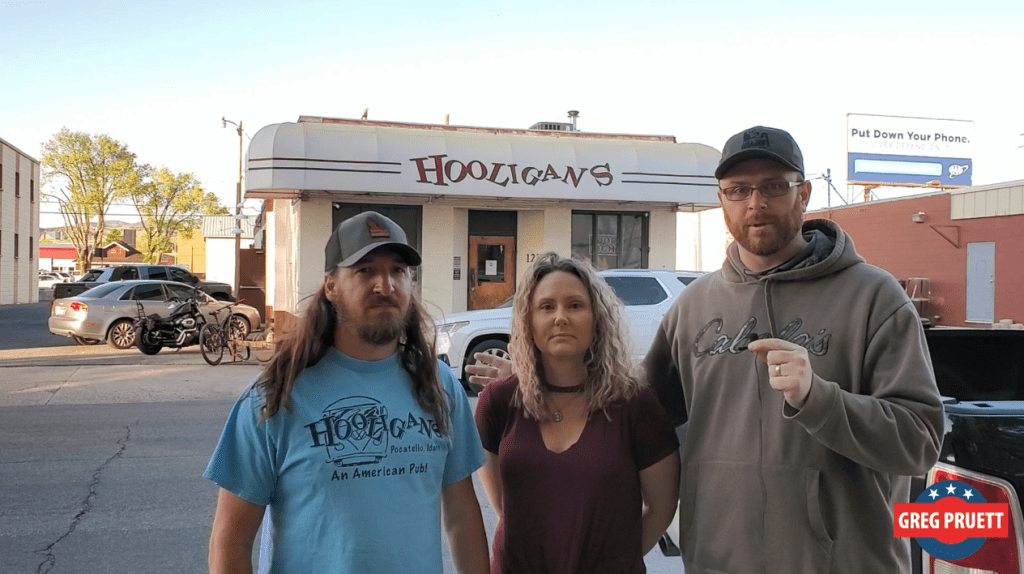 The impact of the “stay-at-home” order is being felt across the state of Idaho.

As Idahoans continue to reel from the economic shutdown, businesses are trying to figure out how to survive.

Even as Governor Little’s plan to “re-open” the economy is underway, will it be enough? It certainly isn’t going to be fast enough to help many small businesses.

One Idaho business decided to demonstrate how difficult keeping their business will be if they are able to open under strict guidelines.

Hooligans Pub and Deli in Pocatello, Idaho is hoping to open on May 16th if the Health District signs off on their proposal to open!

The bar is owned by my brother Evan and his wife Amber. Evan is an Iraq Veteran who served with the Idaho Army National Guard. He has served our country and our state honorably.

Unfortunately, their business has been shut down since March 25th, 2020.

With some businesses already open, and others opening soon, my brother Evan wondered what his business would look like if he were to open with other restaurants.

His employees staged the facility according to Governor Little’s guidelines for restaurants for the potential May 16th opening.

Opening in the next few weeks will be helpful to their establishment.

However, even with his pub and deli set up with the guidelines for a restaurant, my brother would be lucky to make enough to cover his business expenditures.

You can see the entire set up in the video here:

From the video, you can see that my brother’s business can normally hold 118 people. That’s the legal amount of people the fire department will allow in his facility under normal circumstances.

Yet, with the set up that would be required for a restaurant, the most he would be able to fit inside his facility would be approximately 21 people.

Even with 21 customers in his bar, he is only filling it to 19% of its normal capacity.

Under the best-case scenario, Hooligans can put three or four people at a table inside the bar.

However, what if one person comes in alone to eat? They are now taking up an entire table themselves.

Evan told me off-line that he barely makes any money on the food itself.

There is no way for Evan and Amber to hire employees with so few people allowed to come in. They’ll have to run it themselves with no help.

The guidelines are too strict to allow them to hire people back.

While only having 15 or so people in his pub and deli is not going to bring booming business, it’s better than nothing.

This delay in opening their business could close Hooligans for good.

You can bet that if Evan and Amber are struggling to make it, many other Idahoans and business owners are. The consequences of this economic shutdown will be felt for years to come.

Some have told Evan that he should open his bar and go against the Governor’s order.

The problem is that bar liquor licenses are controlled by the state of Idaho and the risk to open a bar early is significantly higher than other businesses.

Governor Little has said that liquor licenses could be in jeopardy if businesses open early. Most businesses only have to worry about repercussions from their city or county officials.

Sadly, my brother’s business could lose their liquor license if they open early.

It’s something both Evan and Amber say they are losing sleep over whether or not they’ll survive.

A fundraiser has been started to help them get through this crisis:

Even with these donations, it’s unclear what the future holds for Hooligans. So many small businesses are struggling to survive and it’s hard to see Hooligans go through this ordeal.

Please pray for our small businesses during this time and support them in any way you can.

3 thoughts on “Watch: Pocatello Business Shows How They Will Try to Survive”