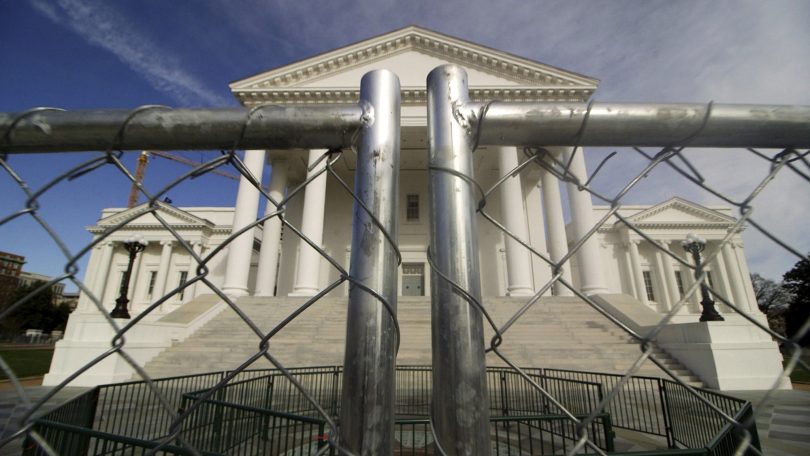 The entire nation is watching the events in Virginia unfold.

Governor Northam and the Democrats have gained control over the statehouse and are wasting little time in trying to demolish the 2nd Amendment.

The fall of Virginia has been taking place for several years now.

Slowly but surely the radical left used the same tactics they had in Colorado to flip the state “purple” and now completely “blue.”

There are several lessons that Idaho’s gun owners should take away from what has happened in Virginia and hopefully we can learn them quickly.

First, understand that there are Republicans in the Idaho statehouse right now who would vote for major gun control if they felt they could get away with it.

It all comes down to human nature. Politicians by and large only care about winning their next election. Those legislators in swing districts are the most likely to flip on gun owners because they feel it is necessary to betray you in order to keep their jobs.

This is what is already happening in Virginia.

Virginia’s legislative session just started, and several Republican legislators helped pass gun control through their state Senate already. These cowards are bought and paid for by the gun control lobby. They turned on gun owners the second they felt it was necessary to keep their legislative seats during the next election.

When the Democrats took over the statehouse in Virginia, they wasted little time in telling Virginians that they intended to attack the 2nd Amendment head-on.

This is a major difference between Republicans and Democrats.

Idaho has some of the best pro-2nd Amendment laws in the country, but we can and must do better.

We should be focused on improving our Stand-Your-Ground, Campus Carry, Constitutional Carry, Firearm Preemption, and more. Improving these laws shouldn’t be a ten-year plan. They should be immediate and as strong as possible.

Third, you must understand what has happened in Virginia is already happening in Idaho.

The fall of Virginia was no fluke and it was certainly no accident.

There were forces at work that have been pushing the flip of the Virginia legislature for years now.

In 2014 a documentary titled, “The Rocky Mountain Heist” would serve as a great prediction for what was to come in Virginia as well as Texas.

The documentary explains how the state of Colorado was flipped in just 10 years from a state with a Republican legislature, a Republican governor, and two Republican U.S. senators to a completely “blue” state.

The video is based on a book called “The Blueprint: How the Democrats Won Colorado (and Why Republicans Everywhere Should Care).

The documentary predicts that Virginia and Texas would be two of the next states to fall to the radical left.

Virginia has now fallen, and Texas is well on its way.

Idaho has seen an increase in leftist activists who are mobilizing to change Idaho into the next progressive disaster.

California, Oregon, Washington, and Nevada are all gone.

Idaho, a much smaller state, just passed Medicaid Expansion in 2018. It was a feat that even the leftist-media did not think was possible.

Reclaim Idaho, United Vision for Idaho, and other groups are pushing Idaho further to the left.

At some point, the progressives in Idaho will attack the 2nd Amendment.

Gun owners in Idaho better be ready. Better yet, gun owners need to stand up right now and demand the best pro-2nd Amendment bills from our supermajority Republican legislature.

Do not wait until Idaho has fallen before you learn the lessons from these other states.

Fight back now and fight back with ferocity, no matter which party is trying to destroy liberty.