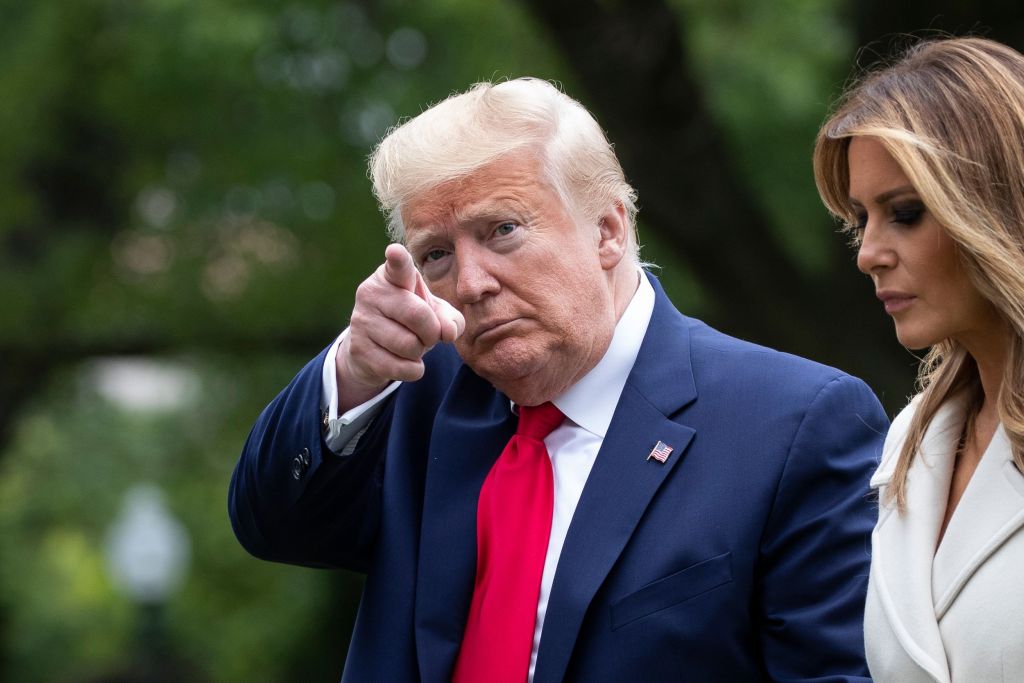 After I returned from Iraq in 2005, I was in the camp of those who were “Support Republicans no matter what!”

All Democrats were bad and all Republicans were good and conservative. I supported John McCain against Barak Obama.

I campaigned for Romney in the 2012 primary and general election but after Romney’s dismal showing I told myself that we had to find real conservatives.

Romney was basically a Democrat with everything that he supported as Governor of Massachusetts and for his stances on guns and babies but at the time I just thought he seemed like a nice guy and his stances had apparently changed on some of the issues he was bad on before.

So, in 2016, I did a lot more research on the candidates in the Republican primary and studied the candidates a lot more than I had done previously. After everything that I had researched, I ended up choosing Ted Cruz as my candidate.

I was no fan of Donald Trump during the primaries because of his past record on guns and other issues that I felt were similar to some of Romney’s positions.

Cruz and Trump were in it till the end and then the primary was over. Donald Trump came out victorious.

At the time I didn’t understand why people liked the guy. His stances had all changed to what you would want to hear but I felt he was mean and not presidential.

When the time came for the November election I voted for Darrell Castle with the Constitution Party. In Idaho, we have the luxury of having more principled voting because the Republican is going to win no matter what.

People in places like Ohio, Florida, and swing states are pressured into more strategic votes. Had I lived in one of those states, I may have had to rethink my vote and likely would have voted for Trump.

In 2016, Trump easily won Idaho and I promised to give him the same chance as I had other presidents.

He deserved to be given a fair shot at the job. I was not a “Never Trumper” after the man was elected like some have remained to this day.

Since Trump’s election, I have been very pleased with a lot of things that he has done that I didn’t think he would do.

Certainly, his Supreme Court picks were going to be much better than what Clinton would have given us.

This reason alone would have caused me to vote for him had I been in a swing state.

His policies in the Middle East have also been great and we don’t find ourselves embroiled in yet another war. In fact, President Trump has made great strides to bring many of our troops home.

He has helped the economy in ways that would have been disastrous under Hillary Clinton.

Many argue and maybe rightfully so that Trump has seen the best economy this country has ever seen.

He went after the Obamacare mandate. Trump has also attacked a lot of the big regulatory burdens faced by many of our companies in the U.S.

Best of all, Trump has created absolute chaos in America’s biased and awful mainstream media and driven the left absolutely nuts.

Maybe that’s what I was missing out on or tuning out in 2016 but either way, it’s extremely entertaining. They can’t stand the guy because he doesn’t put up with the drivel.

The guy is a fighter and in the political world, we need a lot more fighters who tell you exactly what they think.

That’s not to say that I have supported everything the guy has done since taking office.

He is not as strong on the 2nd Amendment as I want him to be. The bump stock ban and the expansion of the NICS system were both bad and part of the blame for that is the advice he was getting from the NRA which supported both of those efforts.

The spending continues to be out of control which isn’t all his fault since Congress is a major part of that problem and has been for decades.

President Trump has also supported even more welfare-style programs that I don’t think conservatives are particularly fond of and even my most ardent Trump-loving friends have been upset with him about.

First, the guy is definitely not as bad as I thought he was going to be. I am happy to be wrong about that.

Watching him annoy the media and the radical left for four more years would be rather enjoyable.

However, the reality is that over the last six months I have really started to think that our country is on the cusp of something disastrous.

We appear to be at a crossroads right now. If we look at what is happening across the country, the left is doing everything they can to erase our history.

While Trump isn’t perfect and I don’t think he’s the most conservative guy out there, if Biden wins his administration will let this country burn to the ground.

Look what the left is doing to Portland, Seattle, Kenosha, Minneapolis, New York, and other cities around the country to try and hurt Donald Trump politically.

Businesses and homeowners are leaving these “blue” cities in droves to escape the madness. Many of them are fleeing to places like Idaho to seek refuge.

I think Americans need to send the radical left a clear message on election day.

America isn’t perfect and we can always improve who we are and make better decisions as a nation.

I think America needs to send a red tidal wave across the country in November to let the left know they have gone too far.

Hopefully, that red wave includes the best conservatives the Republican Party can put forward. We are going to fight the left as President Trump has fought them and the media.

Giving President Trump a landslide election, and even winning the popular vote, would send that message.

My vote may anger some of my conservative friends. However, I believe my reasoning is sound.

It’s not really even about Donald Trump’s imperfections and moderate stances on a number of issues at this point. It’s about using a big red tidal wave to save this country from destruction.

I even liked one of his political ads so much (he has many great ads) that I chipped in a little money to his campaign. I generally don’t give to candidates because I spend my money building the Idaho Second Amendment Alliance and other political projects. 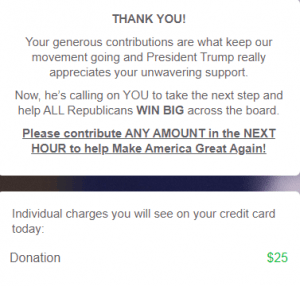 For any of my friends in the middle of the aisle or even some of the Democrats reading this article, I would encourage you to reconsider your vote for Joe Biden.

While you may not like Donald Trump, the radical social justice agenda that will be implemented under a President Biden will ultimately come for you.

3 thoughts on “Why I am Voting Trump in 2020 and Why Republicans Need a Red Tidal Wave!”