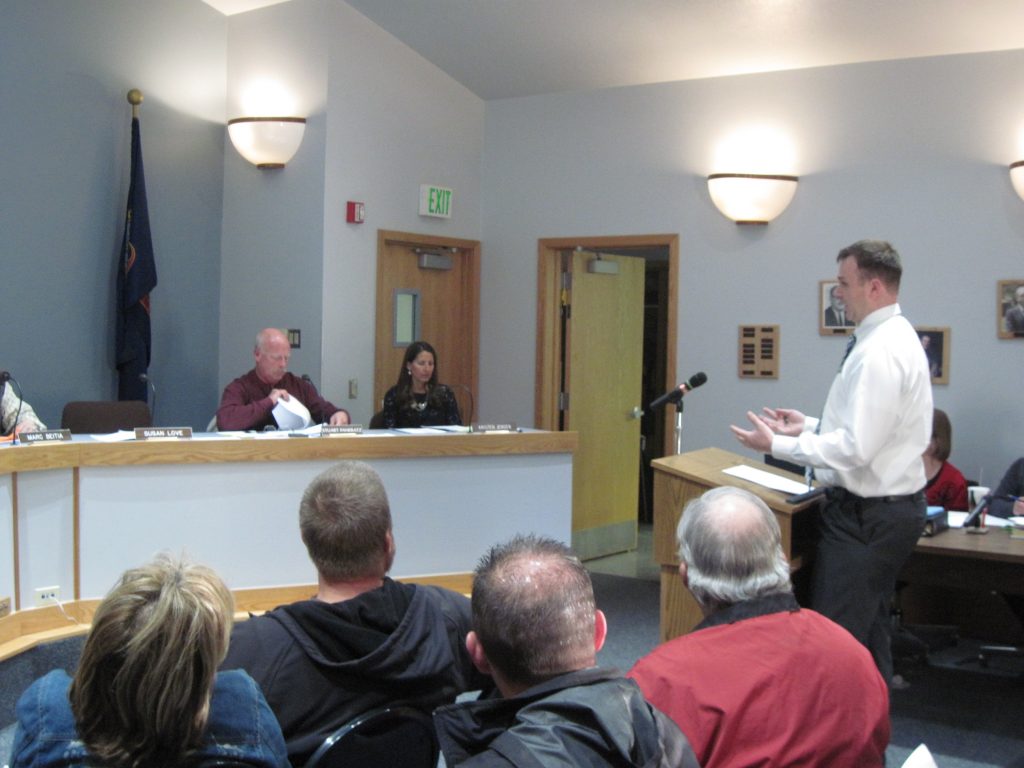 For nearly six years the Idaho Second Amendment Alliance has been fighting to overturn ordinances or signs in violation of Idaho’s Firearm Preemption law.

Just in case you don’t know what “preemption” means, let me briefly explain.

This patchwork of laws across a state would cause a lot of confusion and unintentionally make criminals out of innocent citizens not to mention the violation of your natural right to self-defense.

Generally speaking, firearm preemption laws prohibit local municipalities from enacting any firearm/ammunition regulations which are stricter than the state’s regulations, and in some cases prevent them entirely from enacting ordinances, posting signs, or otherwise regulating firearms at all.

The Idaho Second Amendment Alliance was founded in 2012.

In 2013, I began researching ordinances/codes across the state to see if any violations existed.

Shockingly, I found over 40 violations that were still in existence despite the law being in place for nearly five years!

As a result of my research, we began reaching out to these local municipalities to help them understand the law and to update their codes accordingly.

To date, we have now overturned 80 total firearm preemption violations across Idaho. A partial list of locations will be listed at the end of the article.

While many of the local officials have worked with the Idaho Second Amendment Alliance to update their codes/signs in conjunction with the law, we have hit some speedbumps along the way.

Each year we are inundated with messages and phone calls about County Fairs where private security and even county officials prohibit the possession of firearms on fairgrounds in violation of the law.

The city of Sandpoint is currently being sued because of their firearm preemption violation.

The city of Coeur d’Alene has tried to fight us in the past.

Canyon County Commissioners several years ago tried to use a deceitful sign on the DMV door to skirt the firearm preemption law.

We have dealt with other cases as well.

During our efforts, we found out that Idaho’s firearm preemption law lacks something that we desperately need: ACCOUNTABILITY

Under Idaho’s current preemption law there is no penalty for officials who knowingly and willfully violate the law.

There isn’t even a simple misdemeanor for violating your right to keep and bear arms!

So in essence, they violate your rights and nothing happens to them.

This must change and that’s what the Idaho Second Amendment Alliance and Representatives Christy Zito and Heather Scott are trying to do during the 2020 legislative session.

Take a look at this list of the most “extreme” firearm preemption laws according to Gabby Giffords’s gun-grabbing group. 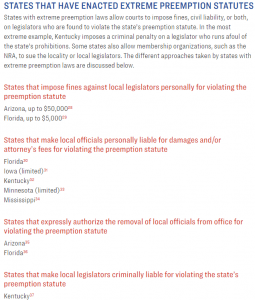 My goal is for Idaho to be on this list!

It is unacceptable that city/county and other officials are allowed to break the law and not be held accountable. This violation is especially egregious because they are violating a natural and constitutionally protected right.

If Idaho doesn’t update its preemption statute, you can expect more violations to occur.

As Idaho’s urban areas turn more liberal, you can expect that these city officials will thumb their nose at our state law because there is no penalty for their violations.

The bill that Representatives Zito and Scott are proposing will ensure that Idaho’s preemption law contains penalties for city/county officials or those acting on their behalf. It will also prohibit a violator from using taxpayer funds for defense in court.

I will note that our proposal is to punish those who “knowingly and willfully” violate this law.

These penalties are not designed to target them.

Rather they would be targeted at individuals, like the Sandpoint City Council and Mayor, who give a private entity the “power” to infringe on your right to keep and bear arms in violation of the preemption statute.

Be sure to support the efforts of Representatives Christy Zito and Heather Scott today by signing the Idaho Second Amendment Alliance petition here.

Then be ready to take action today. The best way to stay informed about our efforts is by going to ISAAUPDATES.COM and getting into the ISAA alert system.

Time is running out for Idaho to pass meaningful and strong pro-2nd Amendment bills.

Let’s get this done right away!

Thank you and God bless,

Note: Here is a partial list of cities/counties where the ISAA has overturned either an ordinance or sign in violation of Idaho’s firearm preemption law.