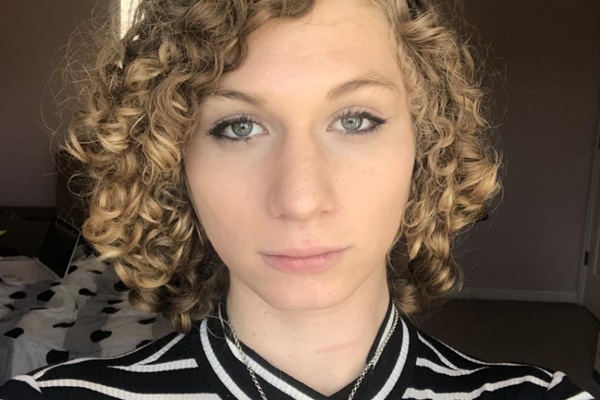 We knew it was coming eventually.

When Gov. Little signed a bill that banned boys from playing in girl’s sports, a lawsuit was imminent.

Idaho is the first state in the country to ban biological males from competing in girl’s sports at the high school and collegiate level. The bill was sponsored by Rep. Barbara Ehardt (Republican – Idaho Falls).

Now, the ACLU and a biological boy who goes by Lindsay Hecox, have filed a lawsuit against the state of Idaho.

A lawsuit was expected and the outcome is going to be one the entire country is watching. While a number of states pushed similar legislation, to date, no one else has passed a bill to do the same thing Idaho has done.

One of the plaintiffs in the case is a biological boy who goes by the name Lindsay Hecox. Hecox wishes to play on the Boise State track and/or cross country teams.

Hecox said in a statement to the media:

“I run for myself, but part of what I enjoy about the sport is building the relationships with a team. I’m a girl, and the right team for me is the girls’ team.”

Except if Hecox wanted to run just for the sake of running, he could go outside and run anytime he wanted. Additionally, Hecox wants to “build relationships” on the team and while that is certainly a part of team sports, so is winning.

We have already seen how biological boys are crushing girls in sports like track, cross country, and weight lifting all across the world.

Girls in Connecticut are suing their state because biological boys have beaten them out of championships.

We can see the proof of that with males who beat girls for championships and medals that would not have happened had they played with other males.

Hecox is not a girl no matter how much he wants to identify as such.

You don’t get to change your sex, race, age, species, and other biological characteristics simply because you “feel” differently.

It was only a matter of time before this issue came to Idaho.

One of the arguments during the legislative session was that “it’s not an issue in Idaho.” It appears as though it was going to be sooner than many thought.

There was also a biological male in an Idaho high school who wanted to play on the girl’s track team.  That individual ultimately decided against it according to Rep. Ehardt.

It is going to become a bigger issue in Idaho and when boys start taking over female sports, don’t expect the leftists or feminists to come to the rescue of actual girls.

Don’t expect the radical left to support girls who lose out on championships, scholarships, or Olympic spots because they couldn’t beat biological boys.

Fairness in sports is something our girls deserve.

That would be the fair and right thing to do for our girls.

Either way, no matter how this goes in the court system, our legislators and Governor did the right thing.