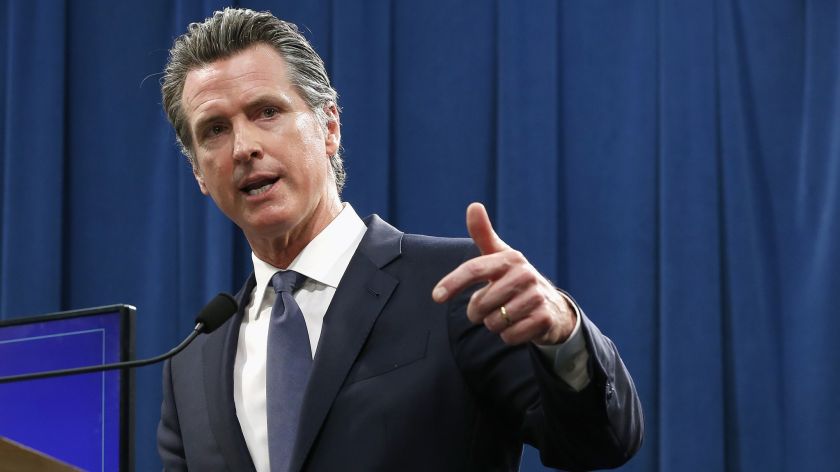 Just when you think California’s gun laws can’t get any more draconian, they strike again.

There is no gun control law too radical for California’s government.

I watched anxiously on whether or not Governor Newsom would sign or veto AB 61 and AB 12. Both bills are a major expansion of California’s Gun Confiscation Order program.

AB 61 gives teachers, employers, and co-workers the ability to secretly request that firearms be confiscated from gun owners.

AB 12 increases the ability of the government to prevent gun owners issued a Red Flag order from purchasing or possessing firearms for up to five years. That is a significantly longer time than the current one-year stipulation.

Both these bills make California’s Red Flag law the worst in the country.

what does this mean for gun owners in california?

Think for a moment on how bad a “normal” Gun Confiscation Order is set up.

Now, under AB 61 gun owners in California will potentially have their firearms stripped from them by an employer or co-worker!

Has there ever been an American in the history of this country who has not had a disagreement, argument, or spat with a co-worker or boss before?

This is not going to end well folks.

To make matters worse, AB 12 lets a judge issue the order for up to five years.

That means that for nearly half of a decade, a gun owner could have their guns confiscated. Five years with no ability to defend yourself and you aren’t even arrested or convicted of anything?

This is the very definition of tyranny folks.

will california’s expansion of red flags turn trump and republicans away from them?

This year has been a tough one for gun owners.

Turncoats like Sen. Rubio, Sen. Graham, and Congressman Crenshaw are making this fight much harder than it needs to be.

President Trump is pushing for Red Flag laws and the NRA supports certain versions of them as well.

Republicans in Florida helped pushed through a Red Flag law there last year which is now targeting children as young as eight years old!

Before any more Republicans support these unconstitutional laws, they should look at what is happening in California and realize the error of their ways. Although, the unconstitutionality of Red Flag laws should be sufficient enough reason to oppose them already.

There are no good Red Flag law folks.

All of them are unconstitutional and all of them will be abused.

Worse yet, all of them will be expanded by gun grabbers in both parties. Republicans like Rep. Crenshaw can pretend all day long that their version will have “protections” in it.

The reality is that each new mass shooting and each new potential mass shooting brings with it new variables not covered under a current Red Flag law.

That means that politicians will always “need” to expand the law to encompass these new variables. The expansion will be “necessary” in order to protect the public.

Sadly, the public will fall for each expansion in order to “stop crime.”

There can be no compromise.

In closing, gun owners must fight every Red Flag attempt they can. They must fight anything that even remotely resembles or opens the possibility of a Red Flag law.

The slippery slope of Red Flag laws has no bottom.

Whether Republicans or Democrats are pushing Red Flag laws, both should feel the wrath of gun owners at election time.  If they will not uphold their oath to the Constitution then it is your job to throw them out of office.

No quarter. No compromise. No Red Flag laws!