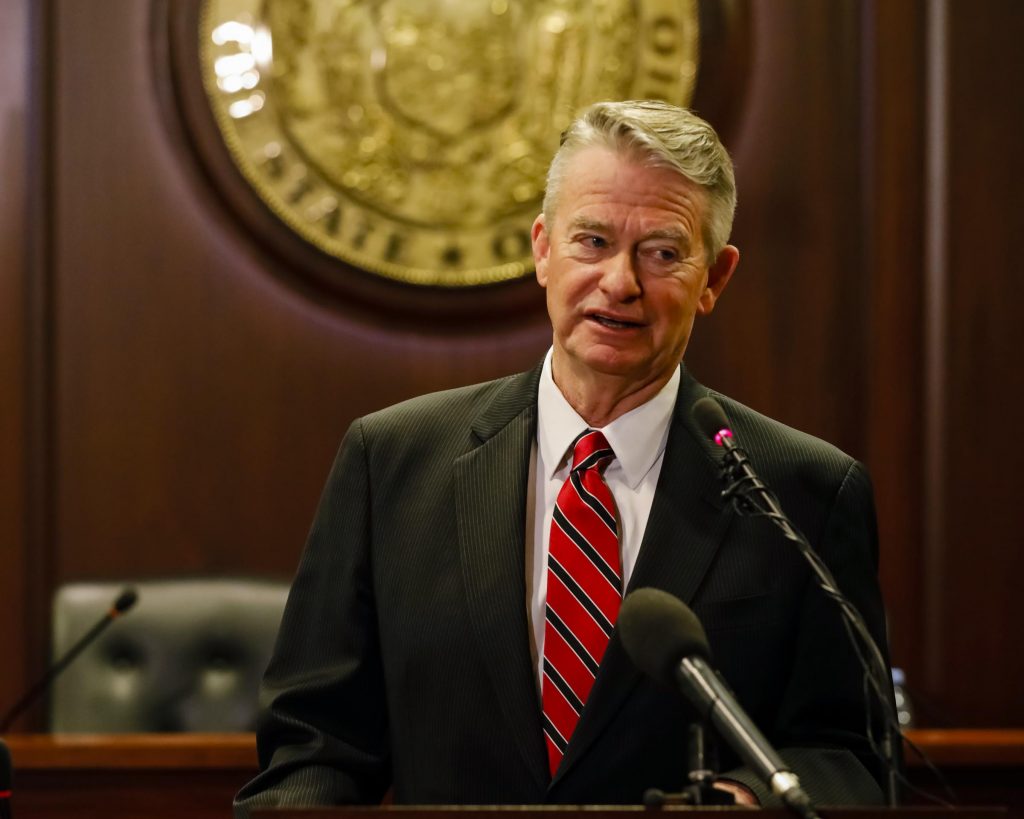 In 2005, one of the worst hurricane disasters in American history gripped the headlines.

Mayor Ray Nagin gave authorization to law enforcement and military personnel to take people’s guns. Innocent Americans lost their firearms for no reason and were defenseless.

However, criminals who were robbing and looting at will were undeterred.

At least 500 guns were confiscated during the disaster.

Now, during a national and state emergency, could Idaho’s government confiscate firearms?

Thankfully, after the Hurricane Katrina disaster, the Idaho legislature passed a bill that forbids the government from doing what Mayor Nagin did.

Governor Little can’t restrict firearms either and he hasn’t said that he would or wants to.

You can read the full context of the law here (46-1008) but this is the important part:

“During the continuance of any state of disaster emergency, neither the governor nor any agency of any governmental entity or political subdivision of the state shall impose restrictions on the lawful possession, transfer, sale, transport, storage, display or use of firearms or ammunition.”

This makes the limited powers of the governor and any government entity in Idaho crystal clear when it comes to firearms.

Sadly, not every state has this written into law. Some cities are taking advantage of their citizens.

In the city of New Orleans, gun grabbers are blocking the sale and transportation of firearms right now.

This is a clear violation of the 2nd Amendment and has no impact on crime.

Other states are shutting down government entities who issue concealed carry permits.

Thankfully, Idaho has Constitutional Carry and no permit is needed to carry a firearm or other deadly weapon!

Not every state is as lucky as we are.

Idaho has a chance during this emergency to pass HB 516, Constitutional Carry Expansion, which would ensure that all Americans can defend themselves here without a permit.

Constitutional Carry, coupled with the limitations listed in Idaho Code 46-1008, should give Idahoans some peace of mind.

This means that you can carry your weapon as an Idahoan anywhere in the state without a permit. This applies to open carry as well.

As you carry your firearm in Idaho, no government entity can tell you that you must disarm!

There is no telling where the coronavirus scare is going to take our country. If the economy starts to crumble and people lose their jobs, desperation kicks in.

We can all be glad that Idaho is leading the way for gun owners across the country.

Stay safe out there and know your rights.

5 thoughts on “Can Gov. Little Restrict Gun Rights in Emergency?”