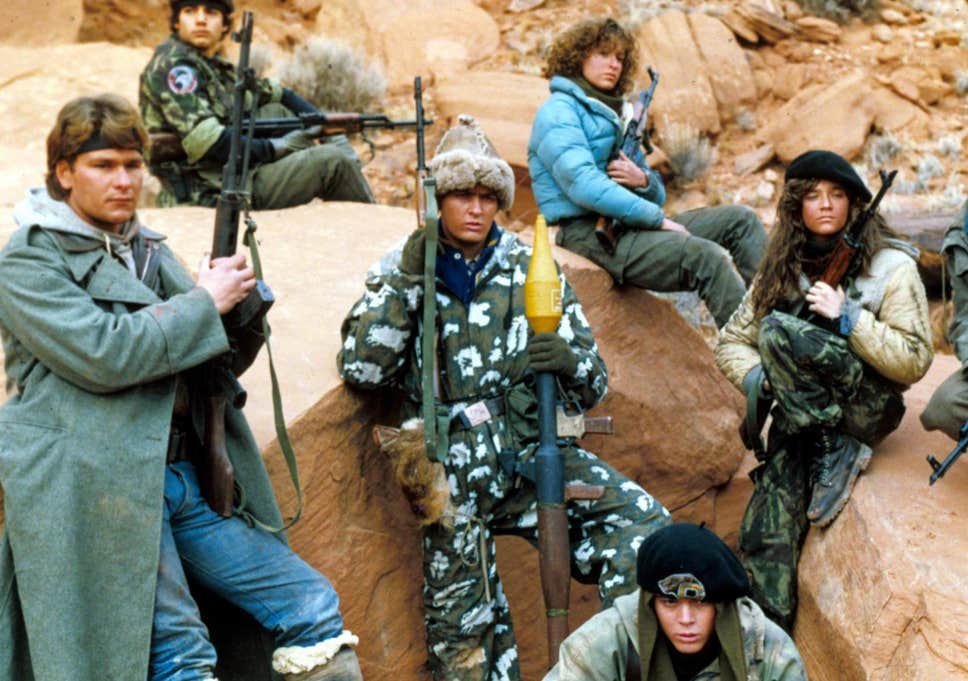 Other than it not being any of their business, let’s discuss some of the reality behind why we own any weapon.

A gun owner would typically respond to the above question with several reasons that he/she would want/need an AR-15, which would include the ability to fight back against a tyrannical government.

This response would elicit laughter and mockery from the anti-2A crowd.

“You really think you are going to defeat the government with that thing? They have tanks, planes, bombs, and the best weaponry in the world!”

Now, let’s put aside the fact that the original intent of the 2nd Amendment was for the citizens to be as equally armed as the government.

Let’s also look past the fact that the gun grabber just made the case for us that we need to be better armed than our AR-15’s and AK-47’s.

Let’s instead look at the prospect of a war amongst the citizens of the United States and our government.

Could we defeat our own government in a war on our own soil?

Now, there is no way to determine who would come out on top of an internal conflict between U.S. citizens and their government, but there is a strong possibility that U.S. citizens could be victorious.

The determination of a victor depends on numerous factors, including how big the war is. Is it localized or is it nationwide?

For the scenario in question, we will assume that this is a full-scale war across the country.

A full-scale war probably gives U.S. citizens an even better chance of victory in some respects because government troops would not be able to be pulled from other parts of the country to fight in a “localized” conflict.

First, you must understand that when the war breaks out there are going to be a number of current military members who defect and join the ranks of their citizens.

This would be particularly true of National Guard members who are entrenched members of their communities.

For instance, are members of the Idaho Army National Guard willing to shoot and kill their family, friends, neighbors, and other people that they live amongst? This is highly unlikely.

While incidents like Hurricane Katrina show that some National Guard members are willing to confiscate weapons from their own citizens, under a full-scale war you are likely to see many of these troops change sides because they wouldn’t’ be deployed to other states.

That isn’t to say that everyone would change sides, but my belief is that a large number would.

Second, an armed populace poses a major problem for any standing army.

Having served in Iraq myself, I can tell you that even small arms in the hands of untrailed insurgents create havoc for a standing army.

Look at Afghanistan and the standing armies, including Russia, that have been bogged down in long-term conflicts with insurgents who don’t have tanks, planes, and nuclear bombs.

U.S. citizens are better armed, better trained, and have more resources to carry out a war against its own government.

Don’t forget that Americans are very creative and clever. They would be able to disable some of the weaponry owned by the government (think “sticky bombs” from Saving Private Ryan) or create other weapons not currently allowed by law but would most certainly pop up in a war.

Third, a large number of veterans in the United States would pose a major problem for the government.

Sure, you could see some veterans that join the ranks of the government in a full-scale war but those numbers would pale in comparison to the number who would defect from the government.

The veterans in this country, including any defectors from the government, are going to be able to use equipment acquired during the war.

There is a high probability that tanks and other heavy weaponry would be captured by U.S. citizens and used in the fight.

Fourth, how willing is the U.S. government willing to go in destroying its own country?

Sure, the government would be willing to kill citizens in a full-scale war, but how much damage to their own infrastructure are they willing to endure?

Are they going to destroy entire cities to maintain power?

Are they going to destroy their own highways, bridges, and other crucial infrastructure to keep power?

Would they be willing to use nuclear bombs on us?

That’s a possibility but with the war being on our own land, they would be less inclined to do so.

Of course, that all depends on who the tyrant in power is.

In conclusion, yes it is possible for U.S. citizens to defeat their own government even if an AR-15 and AK-47 are all we have to start with.

This article isn’t intended to be an all-encompassing analysis on a full-scale war between U.S. citizens and their government, but a simple reminder to gun grabbers that they shouldn’t underestimate the abilities of U.S. citizens to fight tyranny.

American colonists defeated the most powerful army in the world. We could do the same if necessary.

God willing it will never come to this.

No one should be praying for war.

We hope for peace and we hope that no one ever takes power in this country who would try to disarm its citizens and risk a costly internal conflict.

A war with the government is going to result in the loss of a lot of innocent lives.

That isn’t something anyone should be hoping for.

For now, we continue to defend our right to keep and bear arms and refuse to compromise with the gun grabbers because we know we’ll need everything we have should the day come when we have to use our weapons against a tyrannical government.

7 thoughts on “Can Gun Owners Defeat Their Own Government in Battle?”