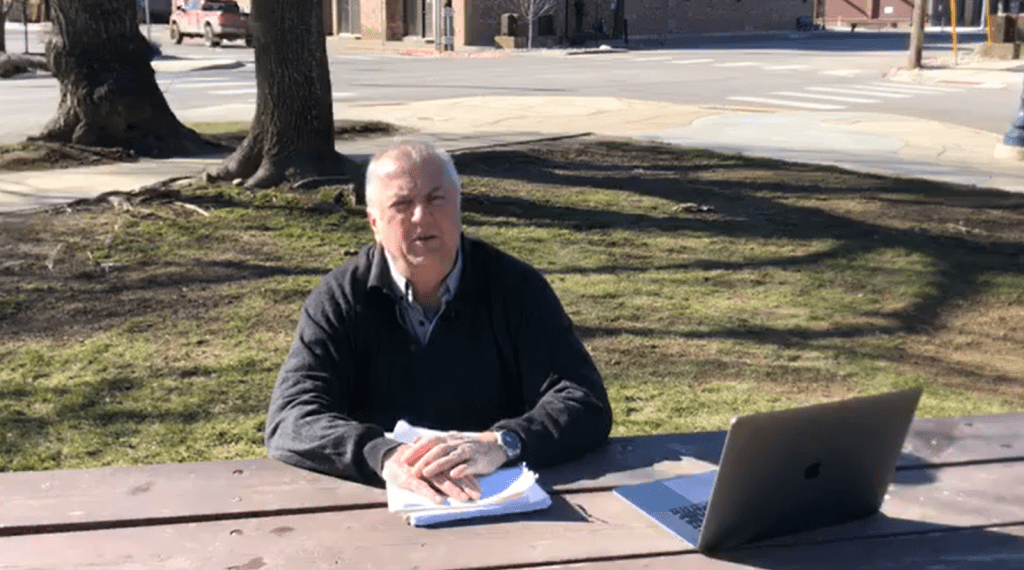 It never ceases to amaze me at what these candidates come up with at election time.

They look at voters with a straight face and make claims about who they are that simply aren’t true.

“I’m the most conservative guy in the entire state” they will proclaim. Yet, if you dig into their statements or voting records, you’ll find quite the opposite.

Gary Suppiger is one of those candidates who tells you what you want to hear on the campaign trail but will do something different once in office.

Suppiger is running for District 1, Seat B (Boundary County, and most of Bonner County) against Rep. Sage Dixon.

On the campaign trail, Suppiger says he is a conservative and supports the Republican platform.

You will not find the word “conservative” at all on his website. I also went through a number of his Facebook posts and he doesn’t call himself a conservative.

Gary isn’t even trying to pretend to be a conservative.

In fact, Gary is a big supporter of the leftist group Reclaim Idaho. 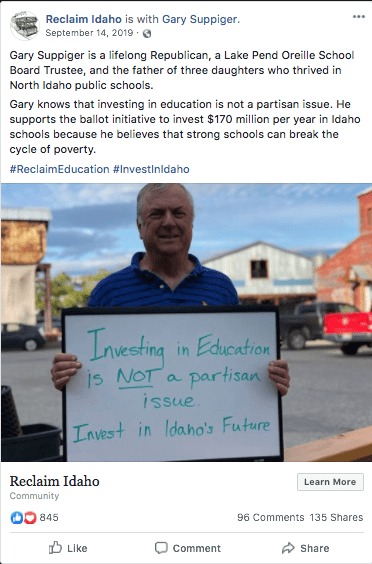 Shockingly, it was at a Reclaim Idaho tour stop that Gary announced to the word his intention to run against Rep. Sage Dixon.

The leftist group that was responsible for saddling Idaho with a massive government expansion of our medical system is backing Gary Suppiger.

In some online posts recently, Reclaim Idaho was encouraging voters to request a Republican ballot to vote against Rep. Dixon.

Of course, these voters would have to be current Republicans or someone unaffiliated who then requests a Republican ballot. I warned recently of Democrats trying to influence the Republican Primary by getting their voters to switch parties.

What Reclaim Idaho is hoping to do is get unaffiliated voters to jump in the Republican Primary to get Suppiger elected. That, or they want Republicans who generally don’t care to vote for him.

Either way, Reclaim Idaho is no conservative group and their tax-raising initiative only failed this year because of the Coronavirus. 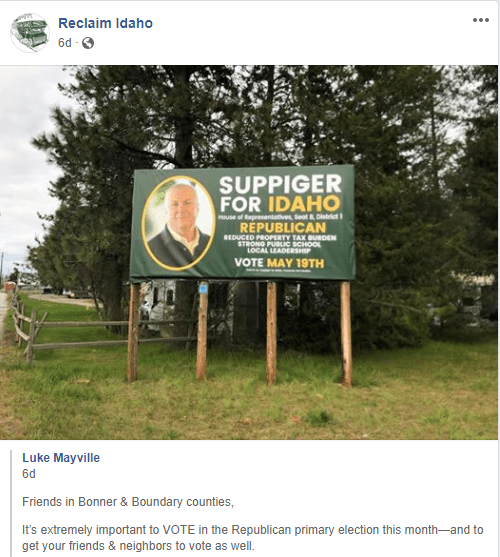 Suppiger claims that he is a supporter of the Idaho Republican platform but what about his 2nd Amendment stances that so many Idahoans care about?

Not only did Suppiger refuse to fill out the Idaho Second Amendment Alliance survey, but he also made defamatory comments against me personally.

Gary’s refusal of the ISAA survey tells you that he is hiding something. He has gun control stances that he doesn’t want you to know about.

When candidates refuse to answer they always have some gun control stance they don’t want you to know about. Suppiger may support a lot of gun control you don’t know about.

Of course, it wasn’t just the Idaho Second Amendment Alliance that Gary snubbed.

Gary also refused to fill out the NRA’s survey.

Ask him though and he’ll probably tell you that he supports the 2nd Amendment because he owns a gun and goes hunting.

Property taxes are a big deal across the state. In the bigger cities, the issue has gotten out of control.

So, what has Gary done to support lowering property taxes? It seems as though he’s done quite the opposite actually.

Nothing more “Republican” than continuous levies on our property right?

Gary was loud and proud on social media proclaiming his support for yet another levy.

Gary seems more than willing to dump an endless supply of money into our school system without actually fixing what is wrong with it. Ask Gary and he’d probably tell you that he Idaho needs a Nancy Pelosi-style spending bill for Idaho’s education system.

One of the reasons Gary appears to be running against Rep. Dixon is because Rep. Dixon tried to help push a change to the dangerous ballot initiative process.

Ballot initiatives are a tool the leftists love. It’s why Reclaim Idaho is so upset with Rep. Dixon.

Now, after Medicaid Expansion, the leftist Reclaim group is excited to ram as many initiatives through as they can in Idaho.

A majority of Idaho’s legislature wants changes to the initiative process. A growing number of Idahoans want them abolished completely before Idaho is ruined.

This is one of the reasons, if not the primary reason, that Suppiger is trying to take Rep. Dixon down. 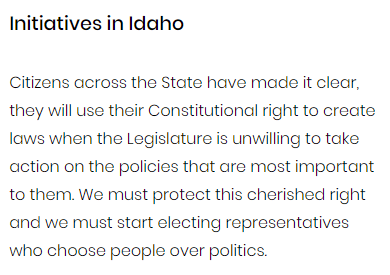 What Suppiger won’t tell you is that the initiative is a power that the progressives fought to put in our state constitution decades ago.

Did you know that over half of the country doesn’t even do ballot initiatives? Most of them won’t do it because they don’t want “mob rule.”

The radical left has used them successfully in states that have them, including “red” states.

What Rep. Dixon and the legislature tried to do was make it so that the requirements for initiatives were fairer across the state of Idaho.

It was a minor change that wouldn’t even have impacted the Medicaid Expansion initiative.

Reclaim Idaho and progressives like Gary Suppiger know that if they do someday lose the initiative ability, it will be hard to get their liberal agenda passed here.

In closing, Suppiger is not a conservative, not a friend of the 2nd Amendment, and may not someone who is going to lower your taxes in the capitol.

He will most certainly be a big-spending liberal once he has tricked you into voting for him.