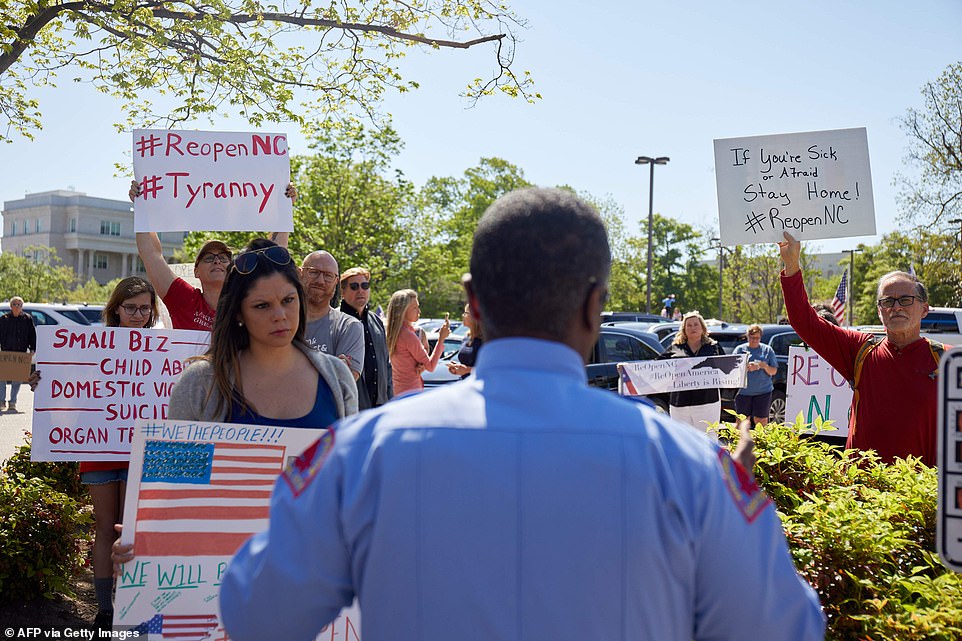 The American people have had enough. They’re rising up.

The forced economic shutdowns by state governments are causing unrest and displays of civil disobedience.

Recently, states like Michigan and North Carolina have held massive protests against government overreach and the obliteration of their state economies. The “cure” to the Coronavirus is having devastating impacts on American families everywhere.

Now, Idaho is joining many other states with a protest of our own!

On Friday, April 17th at 2:00 p.m., Idahoans from across the state will protest at the capitol in Boise.

Health Freedom Idaho, the Idaho Freedom Foundation, and the Idaho Second Amendment Alliance are all helping organize the rally.

An additional rally is taking place in northern Idaho at the Long Bridge (south side) in Sandpoint. That protest will take place at 1:00 p.m. PST in conjunction with the capitol protest.

Why are Idahoans coming together tomorrow to protest?

First, they are protesting the government forcing businesses to close in the name of “public safety” and the dangerous precedent it sets for future shutdowns. Second, they want to be a voice for small businesses whom the government deemed “non-essential” and forced them to close their doors.

Many of these businesses may never open again due to no fault of their own.

My brother, for instance, owns a bar in Pocatello Idaho.

His family income has been decimated due to the forced shutdown. They were already taking acting responsibly before the shutdown and doing what they could to prevent the spread of the virus.

His family has nothing and the future is bleak while elected officials and government bureaucrats continue getting their paychecks.

And how many families are feeling the exact same effects?

Let’s be clear that the virus is real and that everyone must do their part to slow the spread.

However, we are hurting ourselves in more ways than we can possibly imagine.

Unemployment has skyrocketed. Suicide and substance abuse hotlines are seeing massive spikes as people deal with the fallout of job loss, separations, and more.

No one discounts the toll the Chinese Coronavirus has had on the world with a virus the country lied about over and over again. But shutting the world down like we are doing is likely to have an even longer-lasting impact on lives, livelihoods, and freedoms.

This isn’t a “far-right” protest as many in the Idaho media and leftist circles would have you believe.

Everyday Americans, including many business owners, are fed up with being forced by the government to close their doors. Churches are tired of being told they can’t exercise their 1st Amendment rights to assemble and worship freely.

They want to take responsibility for themselves and do their part to keep the country running. And yes, they still care about anyone being sick or dying because of the Chinese Coronavirus.

Yet, they also understand that this shutdown can’t go on forever.

The scientists who we are supposed to trust have changed the models and predictions numerous times.

No one really has a good answer on the real numbers of those infected or who have died as a result.

Anyone who dies of any issue and happens to have the virus is counted as dying from it. The media is doing everything they can to scare the American people.

So, with fear running through the country, governments decided to use their “power” to make people feel “safe.”

Unfortunately, in the history of mankind, emergencies and safety concerns have been used as a tool to take freedom from people.

If we do not stand up now and speak out against government overreach, when will you?

Now is the time for Idahoans and Americans everywhere to exercise our freedoms, get back to work, and take care of one another.

With freedom-loving Idahoans coming to the capitol to support local businesses and protest the Governor’s extension of the stay-at-home order, only one question remains.

Will you be there?