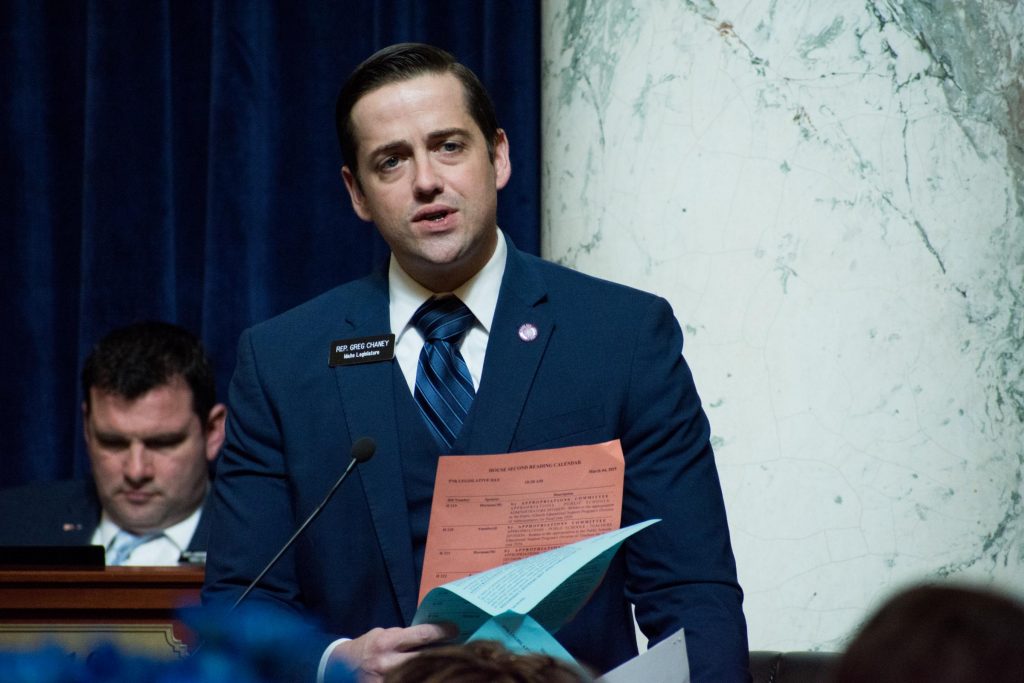 There is perhaps nothing more frustrating than government officials telling you how to live your life. Idaho families and small businesses across the state are trying to survive during this difficult time.

Ironically, these government officials are still employed and have had no problems feeding their families.

They aren’t looking for work or struggling to survive. However, they don’t seem to have an issue telling you that you need to suck it up and live with our circumstances.

Keep in mind that Rep. Chaney is not only a government official, he’s also an attorney.

Lawyers were considered “essential” during the shutdown. Chaney was not out of a job like so many Idahoans were.

I am told that Chaney deals with employment law. Additionally, he apparently deals with leases and evictions from what I have gathered.

If true, it’s within the realm of possibility that Chaney saw an increase in business during the stay-at-home order’s duration.

Recently, Chaney decided to write an op-ed where he defended Gov. Little and wrote one of the most pompous pieces I have seen from a legislator on this topic.

If you wish to read his entire post you can do so here.

Chaney invokes the name of Ronald Reagan and Donald Trump several times. All of it is done in a set up for his closing.

You see, in the first part of his post, Chaney says something most people aren’t going to disagree with.

Idahoans are certainty worthy of the faith of which Reagan spoke: tough, thoughtful, resilient and patriotic, our admirable commitment to independence and self-sufficiency has given rise to an anxious enthusiasm to see all impediments removed that threaten our ability to stand on our own two feet.

Sure, I wouldn’t disagree with this at all.

He’s doing a good job appealing to the conservative base here in Idaho. He isn’t done yet though.

Chaney then uses Trump’s name to help push what he is going to close with.

In this next part, he also wants you to understand that if you don’t obey, then you will be at fault for the “2nd wave” that is coming.

In consultation with the Trump administration and federal and state medical and economic experts, the governor advanced a phased plan to help Idaho rebound as quickly as possible by balancing quick reopening against the risk of causing an economy-crushing second wave. Gov. Little stated he would put his faith in the people of Idaho to do the right thing and has resisted the kind of heavy-handed enforcement seen elsewhere.

He is now defending Little by claiming that he is doing the right thing because Gov. Little has not used the heavy hand of enforcement as seen in other states.

In other words, if Little isn’t throwing you in jail, then he is doing the right thing. If you disagree with his strategy, Chaney posits, then you are just being a baby.

However, it’s the closing of Chaney’s op-ed that will irk many Idahoans.

Chaney claims Little did everything right in his plan and now it’s up to us to obey if we want to be in the right also.

The governor offered a plan with the best scientific and economic chance of creating a sustainable recovery and placed his faith entirely in the people of Idaho to make it happen. That’s the Idaho way. The rest is up to us.

First, the evidence is not clear and the longer this has gone on, we are realizing that shutting everything down and quarantining healthy people is having devastating unintended consequences. Suicides, substance abuse, and other non-coronavirus problems have skyrocketed.

More and more doctors are speaking out against the quarantine, wearing masks, wearing gloves, and other measures initially implemented.

The science is starting to show that the coronavirus is not even as close to as bad as the “experts” feared it would be. That’s great news.

That news should also mean that the insanely slow “re-open” plan by Gov. Little isn’t necessary.

Finally, there is this closing argument from Chaney.

And this is perhaps one of the most out-of-touch things I have heard from an Idaho legislator during this entire ordeal.

Many are suffering financially, so I don’t ask this lightly: Please adopt the governor’s guidance to reopening as your own. I’m not asking you to submit to coercion (refuse and the governor won’t force you); I’m asking that you’ll choose to act out of cooperation. Let’s unify as fellow Idahoans as we reopen the economy and ensure it stays open and our neighbors stay safe. Faith in the people of Idaho is always the right call; together we can and will recover.

So, the guy who not only has his legislative paycheck, but also his lawyer paycheck, is asking you to obey the governor despite the fact that you might be going broke.

Chaney claims that you won’t be coerced into submission from the governor but that’s simply not true.

Several businesses have had their licenses threatened by the governor in the last week. A restaurant in Kendrick, Idaho, and a bar in Nampa both had visits from the Idaho State Police with a threat to revoke their licenses.

Chaney seems to indicate that you are only brave, caring, and helpful if you submit to the governor’s will and plan. Idahoans are independent and free to choose for themselves and should according to their needs. Why should a business on the precipice of closing down for good, still follow Gov. Little’s plan?

I agree that “faith in the people of Idaho” is the right call.

If that’s the case, then let the Idaho people decide for themselves the risks they are willing to take. Responsible adults can take care of themselves and our neighbors.

Rep. Chaney should apologize to the citizens of Idaho, especially those in Caldwell, and demand that Gov. Little open all of Idaho and do it now.

11 thoughts on “Idaho Legislator Tells Citizens to Suck it Up and Obey the Governor!”