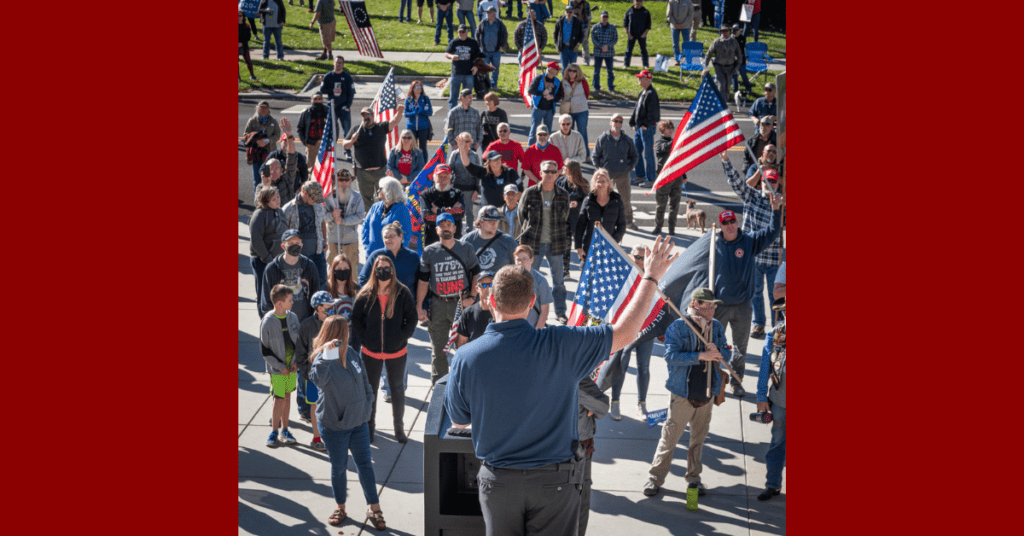 Barring something miraculous in the next month and a half, it looks as though we are going to have Joe Biden as President of the United States.

Of course, sometime in the first year I fully anticipate Kamala Harris will take his place. Whether Joe is diagnosed with dementia or resigns because of his dealings with Hunter Biden, the radicals are taking over the presidency either way.

The radicals who are pulling the Joe Biden strings are going to be coming after the 2nd Amendment in a way that Barak Obama never even tried to do.

From banning certain firearms, accessories, or passing Red Flag laws, the radical left knows that their dreams of a socialist utopia aren’t possible with the 2nd Amendment in play.

So, what are Idaho’s three biggest needs when it comes to gun rights?

I have three ideas in particular that I think Idaho needs to do and feel free to add to this list or debate them in the comments below.

The following list is not in any particular order and any of them we can get through the Idaho legislature and signed into law by our governor would be fantastic. Please note that despite the super-majority Republican legislature, none of these fights are going to be easy.

It is going to take gun owners working together and pressing your individual legislators to make these ideas happen.

Be sure you are following and have joined up with the Idaho Second Amendment Alliance today so you are ready to fight with us in 2021!

First, Idaho must strengthen our “State 2nd Amendment Sanctuary” law that was passed in 2014.

I get questions about this issue all the time.

Yes, Idaho sort of has a sanctuary state law for gun owners. The problem is that it needs a major upgrade.

The penalty for violating the 2014 law is only a civil fine for the first offense and then a misdemeanor for the second offense.

In my opinion, that’s not nearly strong enough. Why not make it a felony for the first offense or a misdemeanor at least?

We also need the law to contain judicial orders which the current law does not cover.

I wrote about this issue in more detail in an article I wrote recently that you can read here.

After the passage of Constitutional Carry, the Idaho Second Amendment Alliance immediately began pushing for a complete Stand-Your-Ground law.

Technically, Idaho already has no “duty to retreat” and civil immunity but we lack the third important pillar of criminal immunity.

What the legislature passed back in 2017 was merely a codification of what already existed in case law or jury instruction. The Idaho Second Amendment Alliance was trying to do those two things PLUS pass criminal immunity.

However, we were met with fierce resistance from Republicans in the capitol. Given the chaos of Black Lives Matter and Antifa attacks throughout the country, it’s time we finally get our Stand-Your-Ground law to where it needs to be.

What is criminal immunity?

Essentially, without the criminal immunity language, gun owners are forced to go through the hell of a criminal charge BEFORE being able to invoke Stand-Your-Ground law!

Additionally, I would like to see either the state or the county reimburse some or all legal expenses if a gun owner is found “not guilty” by a jury of his/her peers. An anti-gun prosecutor would love nothing more than to bankrupt you for a crime you didn’t commit just to make an example out of you so in my opinion it is only right that on such a serious charge that the state pay for some of those costs.

You have already paid the price of having to take the life of another human being and now an anti-gun prosecutor is going to ruin your life by bankrupting you? Not if we can help it!

You don’t need to look farther than Kyle Rittenhouse or the McCloskey couple to see what we are up against.

A real criminal immunity clause will help prevent an anti-gun prosecutor from caving to political pressure just to make you their next anti-gun project.

Last, but certainly not least, Idaho needs to strengthen its own “2nd Amendment” in Article 1 Section 11.

I believe Idaho has a very strong “right to keep and bear arms” provision in our state constitution. However, I think it needs to be stronger.

What I believe needs to happen is an addition to Article 1 Section 11 to prevent a future legislature or ballot initiative from enacting gun control beyond what is already listed. Yes, this is in theory what the 2nd Amendment should have already done.

Sadly, the 2nd Amendment has failed to stop state legislatures (or Congress) from enacting these laws or letting ballot initiatives (direct democracy) be pushed through in a number of states.

Why not prevent a Democrat-controlled Idaho legislature (along with some RINOs) from banning AR-15’s, magazines over a certain capacity, and other gun control measures? Write it into the state constitution and make it nearly impossible for them to do so.

The proposal would have to clear the Idaho Senate and House by a 2/3rds margin and then go to a vote of the people. I have full confidence gun owners across Idaho would support this idea.

The governor of Idaho has no say in constitutional amendments.

While I traveled the state earlier this year, I talked about this issue with gun owners who overwhelmingly supported the idea.

Idaho experienced a “red wave” this November and took two more seats from the Democrats in the Idaho House.

If these issues don’t get through the capitol it won’t be because of Democrats. The Democrats in Idaho’s capitol have no power if the Republicans don’t give it to them.

Despite the Republican supermajority in both chambers, the radical left is mobilized in Idaho and so are phony “conservative” groups and legislators. This will make the fight all the more difficult when the legislative session starts in January.

The naysayers in the Republican party will tell you there is nothing to worry about and that the Democrats aren’t coming for your guns despite their promises to do so.

Do we sit back and hope that the Democrats don’t follow through? Or should we shore up our laws and ensure it can’t happen?

I prefer to be pro-active in the fight and not reactive to whatever Democrats or spineless Republicans are doing.

I hope you’ll join me in getting our legislature to work and going “all-in” on defending gun rights in 2021 and protecting them for decades to come.