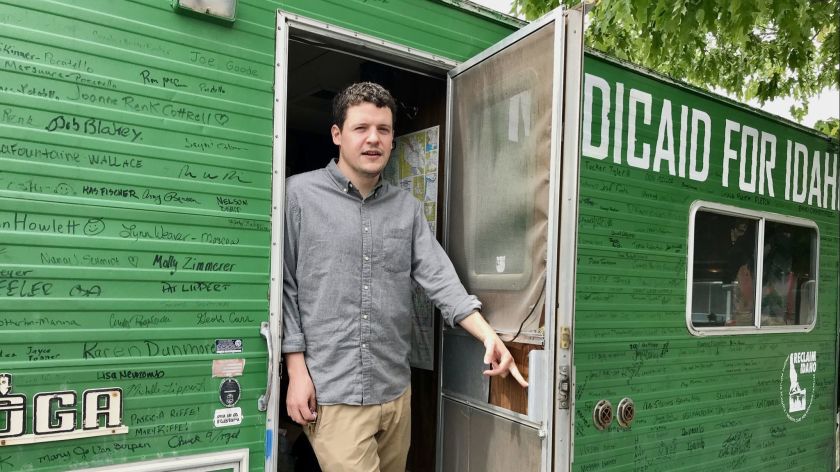 He said some things that real conservatives already knew about Democrat crossover into the Republican primary. So, what he says may not surprise some of you.

Mayville admits that Democrats didn’t want Raul Labrador to win the Republican Primary so they crossed over to vote for Brad Little.

Again, this is what some Republicans had assumed had happened. I remember several screenshots two years ago on Facebook that showed Democrats admitting that’s what they wanted to do.

However, Mayville’s comments seem to indicate that there were probably a lot more of those crossovers than we originally thought.

Check out the video clip, plus my detailed analysis of why Democrats are crossing over here:

In the video, Mayville claims that Democrats are crossing over to vote for the “best Republican.” That’s simply not true.

Democrats cross over to vote for Republicans who will vote the most like a Democrat.

No, those candidates adhere to the Republican platform pretty strictly. Instead, they will vote for candidates who may vote like a Democrat part of the time.

If we are just talking about legislative races, the Democrats probably have less of an impact.

However, in statewide races, they most certainly can have a big impact. In fact, there were almost 18,000 more votes cast in the Republican Gubernatorial race versus the Lieutenant Governor’s race.

This may indicate that some people went into the booth just to vote for Brad Little and didn’t care about any other race. Were those Democrats? Possibly.

The odds are the Tommy Ahlquist probably had a bigger impact on Raul Labrador losing than the Democrats did.

Ahquist ran his campaign as a conservative just like Raul Labrador. You rarely saw the two disagree on issues.

Or it could have been a mixture of Democrat help and Ahlquist playing spoiler.

Either way, the main take away from this video is that Democrats are indeed wanting to vote in the Republican primary.

It’s something we knew was happening and maybe happening on a larger scale in statewide races. After all, most Democrats knew the Democrat candidate likely wasn’t going to win the Governor’s seat. So why not just vote for the Republican you will think will be like a Democrat more than the other one.

And when Democrats cross over, they are voting for candidates who will be the most moderate and Democrat-like.

If I were to cross over into the Democrat Party to try and do the same thing, I wouldn’t vote for the candidate who adhered to their platform right?

No, I would vote for the candidate who was the most moderate closest to the Republican Party platform. So, I wouldn’t be voting for the “best Democrat” right?

Mayville had complaints about the “closed” Republican Primary and some other ideas that should be concerning to conservatives.

We’ll get into those in a future article.