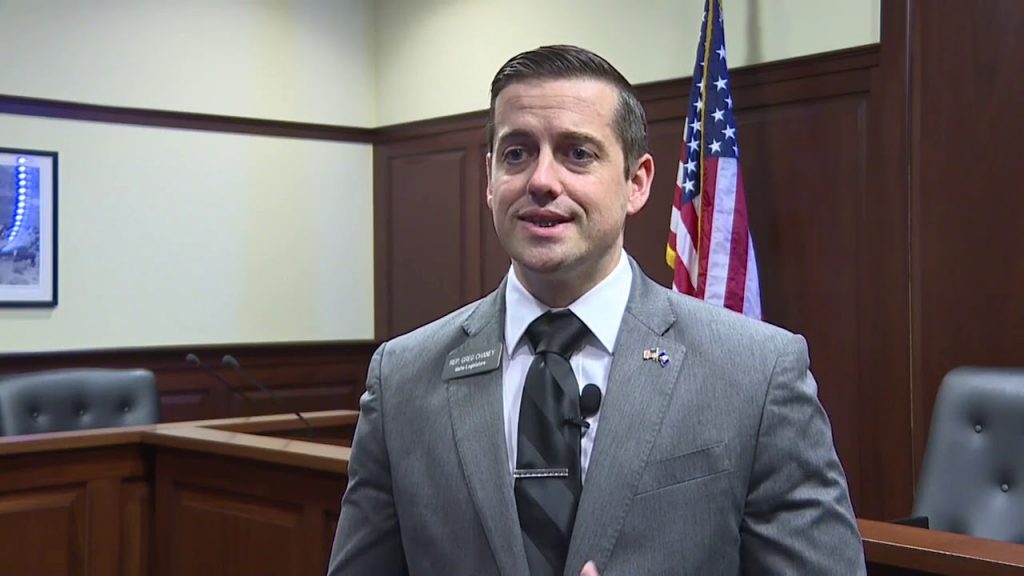 I’ve had a number of entrenched politicians whine about how myself and the Idaho Second Amendment Alliance hold elected officials accountable.

If that’s the extent of their attacks on me then I let it breeze on by. However, when a politician makes it personal, I’ll defend myself and my family all day long.

Recently, I posted a story about Representative Greg Chaney and a video he posted where he lied about me.

He claimed that I was responsible for things I had nothing to do with.

In response to that article, Representative Chaney made a personal attack on me.

A friend of mine, several of them actually, sent a screenshot to me of Chaney’s post.

At the beginning of the post, Chaney tries to make claims that I have violated Idaho’s Election laws. 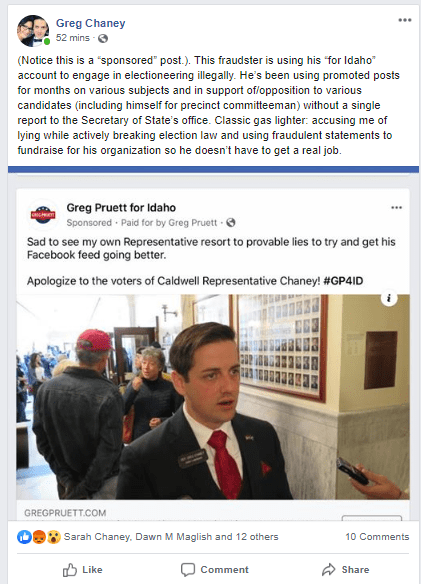 Rather than debunk all of his claims, I’ll just tell you that I have not broken the election laws. I work closely with the Secretary of State’s Office to make sure I am always in compliance.

What I post on GregPruett.com is my opinions and news about what is happening in Idaho politics and has nothing to do with my work as the President of the Idaho Second Amendment Alliance.

You would think a lawyer would understand how to look at the law, what is required, and have evidence to support any claims of illegal activity.

Yet that didn’t stop Chaney from making another false claim about me.

Accusing me of violating the law is a serious issue and borders on defamation.

However, that’s not the issue I want to address here.

At the end of his post, Chaney attacks me for not having a “real job.”

So, let’s explain my family’s personal situation and we’ll let the public decide if the work I do is worthy of being considered a “real job”. We’ll also discuss how I ended up here in the first place.

In 2012, I started an organization called the Idaho Second Amendment Alliance.

During that time, I was still employed as an employee on Gowen Field which also required me to be in the military.

Sadly, in 2015, the military forced me into medical retirement. I served 13 years in the Idaho Army National Guard.

I have a very bad back from my time in Iraq. Three of my discs are ruptured and have been since I was 24-years-old.

My chiropractor told me after I returned from Iraq that I had the back of a 60-year-old.

I find myself on the ground or laid up in bed often with this back pain and another condition called sciatica.

After the military forced me into medical retirement, we decided to focus on helping the ISAA grow. I was NOT paid to work for the ISAA from the time it was founded all the way until 2016.

Because of my retirement, and the fact that my family lives debt-free (except for our home), we were able to live without much additional income.

The following year the board bumped my salary up to $500 a month. Not exactly living the highlife as Chaney may have you think.

Since then, the ISAA has exploded and the growth has been tremendous.

I work between 60 and 80 hours a week depending on what time of the year it is.

Election season for instance or the legislative session are all much busier times of the year for our organization.

I could make a lot more money with my Master’s Degree in Safety and Occupational Health but I choose to help defend the constitution instead.

However, let’s focus on what Chaney’s comment really says.

He accuses me of not having a “real job.” Perhaps Chaney didn’t know about my disability or perhaps he just didn’t care.

You’ll have to ask him what his motivations are for demeaning my current job.

I certainly hope he wouldn’t mock other disabled veterans or even other disabled constituents in Caldwell for their circumstances without fully understanding them.

But there is a question even more pressing for Mr. Chaney.

Does he also believe that the NRA’s Wayne LaPierre or Gun Owners of America’s Erich Pratt do not have “real jobs?”

Think about this for a moment.

I run a 501c(4) non-profit organization just like Gun Owners of America but as a state group instead of a national one.

My position, title, and work are no different than any other person running a non-profit organization.

Are the conservative leaders of Judicial Watch, the American Conservative Union, and the Heritage Foundation also not doing “real jobs?”

This mockery of people who do hard work to fight for their respective causes is unbecoming of a legislator.

If Chaney wants to attack my style of politics or my no-compromise stances on gun rights then fine.

If he wants to try and claim that we aren’t a good group and that we are ineffective then that’s a debate we can have. I’m used to politicians not liking the way the ISAA fights for freedom.

Hopefully, he will retract his of the false accusations against me of and we can move on.