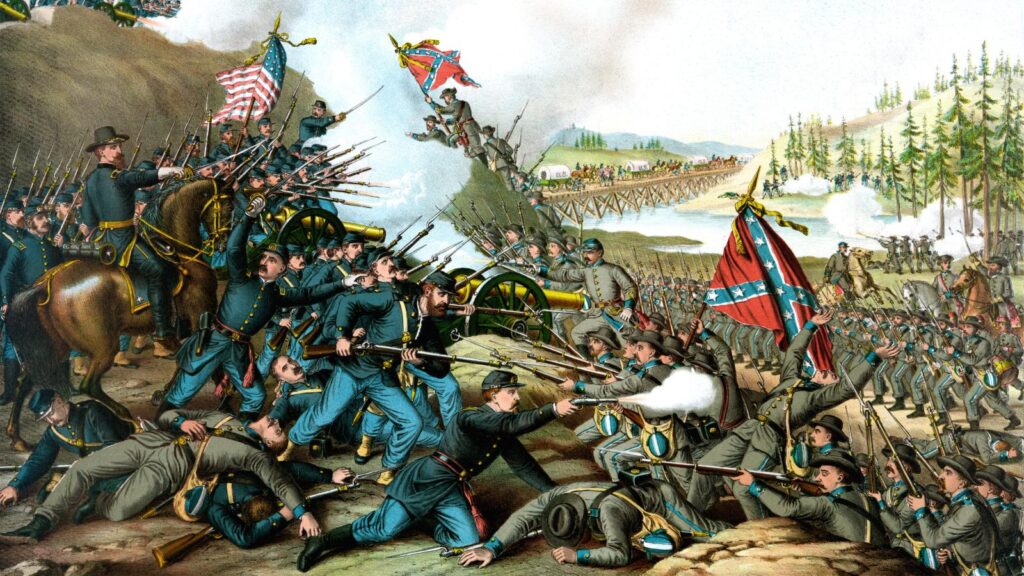 From November 2004 to November of 2005 I served in Iraq with the Idaho Army National Guard.

Iraq was an awful place but one of the most memorable and gratifying experiences I have ever had.

I got to see firsthand the results of tyranny and what civil war will do to a country. It made me grateful for the blessings I had in America and grateful that I got to be somewhere that I could help people who were in need beyond anything you can possibly imagine.

Now, fast forward nearly 17 years from the time I was in Iraq, and I see way too many Americans itching for a civil war in this country.

While some people may disagree with me, I sincerely hope and pray that we will do everything we can to avoid such an event, even if necessary, for the results of such an event will be unpleasant in so many ways.

I am seeing far too many gun owners who are just giving up on doing anything political to try and prevent what may be an inevitability.

Perhaps we are headed toward another civil war and perhaps anything we do now can’t stop what may ultimately come. That does not mean that you get to stick your head in the sand and do nothing to try and help stop it.

I am seeing far too many people who think that war is the only answer that is left and they aren’t going to be involved in doing anything else. Here are some of the comments or emails I get in recent days:

“Why don’t you stop talking and just start shooting?”

“This political stuff is a waste of time. Let the bullets start flying!”

“Let’s get this war kicked off already so we can get it over with.”

Of course, you won’t see any of these people leading an army or kicking of the next civil war. They prefer to only get involved after things have already begun.

Too many Americans are just giving up on ensuring that we do everything in our power to keep peace and use all political means to do so.

Sadly, some of these people don’t care and they just want a war because they think it will solve everything.

Do Americans asking for another civil war have any idea what they are really asking for?

I sincerely hope that none of my brothers in arms are in the camp of wanting to have a war in America. We all know how ugly such a war will be.

However, war never goes how you plan it.

That isn’t to say that God would not provide the miracles necessary again if necessary but seeking war just because you are tired of doing things politically isn’t going to help our cause with God.

The hard reality that some of these people wanting war don’t think about or don’t care about is that war is going to kill a lot of people. A civil war will always be worse than a conventional war between two countries and could last a very long time. Your family, friends, kids, brothers, sisters, and a lot of people you know are going to end up getting killed.

There is no happy ending in war and there is no guarantee that what comes out of another American civil war will be something better than what we have now or a return to a more limited government.

It’s possible that after another civil war, even with a victory, we may end up with some militarized government that refuses to give up power or hold elections.

George Washington, though not perfect, was an incredible man who gave up his power after the war. The man could have made himself a king and ruled for many years.

Washington refused and was basically pressured into running for President of the United States.

Do we even have people in this country that would give up their power after a brutal and deadly war? I’m not sure we do in this day and age.

Wars create vacuums and I have serious concerns about who would take over after a civil war takes place but that doesn’t seem to be something people itching for war even think about.

In my opinion, this is not the time to give up trying. If you want to sit around and do nothing that is fine. That is your choice as an American.

But please don’t criticize those of us trying to prevent a war and doing everything we can to restore liberty and get America to a much better place.

Everything we are doing right now may seem like a lost cause. Maybe it’s only a matter of time before a war does happen.

However, war should always be the last option.

I’m not sure how the country can heal and come together right now because the divide is so incredibly wide. I don’t know that it’s even possible anymore because the ideologies of the country are widely different.

But I sincerely believe that God expects us to do everything in our power to avoid war. That’s exactly what I am trying to do and have been for years in protecting our right to keep and bear arms and doing everything I can to fight for liberty in other ways.

I implore those of you asking for a war to rethink your motives and to help those of us on the political front lines continue our efforts.

And if war does come, may God have mercy on us all.

13 thoughts on “Stop Begging for Another Civil War!”