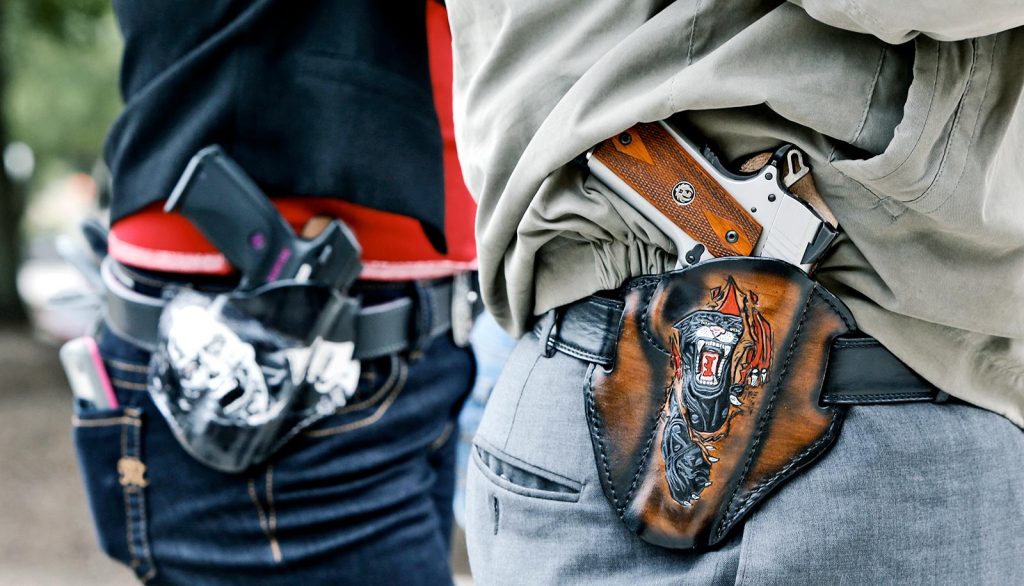 There are several pro-gun bills that are anticipated to have hearings this week.

Both bills would be heard in the Senate State Affairs Committee. The committee is chaired by Senator Patti Anne Lodge (Republican – Huston.)

When the hearings take place, you can expect Moms Demand Action to be there in full force against our gun rights.

So, be ready to get to the capitol and counter their lies and deceit.

The first bill we have heard will have a hearing this week is Senate Bill 1384.

SB 1384 would allow teachers and other school officials the right to carry on school grounds with an Enhanced Concealed Carry License.

The firearm would need to be concealed and in the immediate control of the school official or teacher.

Those choosing to carry would also need to disclose their permit to the principal or superintendent.

Their permit information would remain confidential except for informing law enforcement.

While it doesn’t include the parents who are dropping off their kids, the bill is a good step forward. 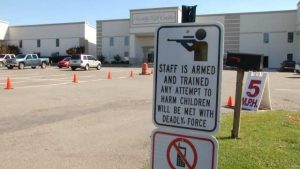 School bills are notoriously difficult to get through the Idaho legislature. They shouldn’t be given the supermajority Republicans hold though.

According to those familiar with the bill, it is expected that it will have a hearing on Wednesday, March 11th.

This will be a public hearing so be sure to attend if you can. We need gun owners to speak in favor of the bill because we know the gun-grabbers will be there to try and kill it.

This is the first major step for the school carry bill. If it passed here it will then go to the full Idaho Senate and then onto the House side.

The other bill that is expected to have a hearing is HB 516.

HB 516 is the final piece of Constitutional Carry in Idaho.  You can read one of my previous articles here for details on the bill.

The bill is sponsored by Rep. Christy Zito (Republican – Hammett) and has numerous co-sponsors.

Senator Jim Rice (Republican – Caldwell) will lead the effort on the Senate side.

The bill has already passed the Idaho House and if it passes through the Senate State Affairs Committee it would then go to the full Idaho Senate.

We don’t have an exact date for this hearing but were informed by Senator Lodge that it should be this week.

The election-year usually provides good chances of gun bills getting through the capitol.

However, we can’t sit back and hope that the votes come down the right way.

It is imperative that you reach out to the Senate State Affairs Committee right away. Let them know you support SB 1385 and HB 516.

You can email the entire committee at sstaf@senate.idaho.gov.

For HB 516, you can use this link to send them a pre-written email.

Don’t waste another minute. Send them an email right away!