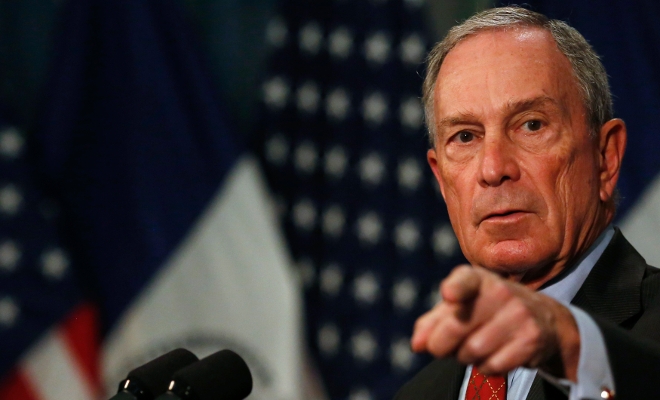 For years gun-grabber Michael Bloomberg has been pushing one issue on the American people more than any other – – Universal Background Checks.

In fact, all his pet groups like Moms Demand Action and Everytown for Gun Safety have made it their top priority. They push it in every state they and they are now pushing it in Congress under H.R. 8.

Eleven states currently have Universal Background Checks (UBC’s), but if H.R. 8 is passed, UBC’s will be forced on the entire country.

What are Universal Background Checks?

Gun grabbers claim that UBC’s stop crime and that they don’t cause law-abiding gun owners any undue burden.

Nothing could be further than the truth. The reality is that UBC’s aren’t about stopping crime in the first place. In fact, every mass shooter in recent memory either passed a background check or evaded it entirely.

Recent studies have shown that UBC’s are completely ineffective at stopping crime. The truth is that criminals get their firearms from the black market. They don’t bother going to gun stores or even gun shows.

There are millions of guns on the black market that can be obtained quickly by the criminal enterprise. Additionally, some criminals have resorted to stealing firearms from the homes of their victims.

Why then would gun grabbers continue to push UBC’s given their ineffectiveness?

The truth is that UBC’s are a backdoor for gun registration. By tracking each and every firearm being transferred on ATF Form 4473, the government will have a list of every firearm in existence. You see, this is the true desire of the gun grabbing community.

After that, if they combine UBC’s with “Red Flag” laws, we are well on our way to a massive gun confiscation program!

Why are Universal Background Checks bad for law-abiding gun owners?

Gun grabbers like to claim that “90 percent of citizens support UBC’s!” The problem is that when polling is conducted,  it fails to convey the current process for purchasing a firearm. Currently, every transfer of a firearm from a Federal Firearms License dealer requires a background check (which is already an infringement of the Second Amendment.)

However, UBC’s make criminals out of people who have done nothing wrong.

Want to sell a gun to your adult stepson? Do you want to loan your rifle to a friend for hunting? Are you going to give a firearm to a family member such as an in-law as a gift for Christmas?  Does your co-worker have a firearm you want to buy?

UBC’s would require that you and the individual go to a local Federal Firearm Licensed dealer, pay a fee, and go through a background check before the transfer is legal!

And in rural states like Idaho, this would require that both parties take a day off work, travel to a gun store that could be miles away, just to sell a gun to a lifelong friend.

And if you decide to skip that process you are committing a felony. In other words, you are a felon for simply exercising a Constitutionally protected right. Additionally, this is something pollsters never explain to those they are questioning about UBC’s.

Don’t forget that law-abiding gun owners are disproportionately harmed by UBC’s. Denials during background checks are almost always against good citizens, not criminals. The current system already has a 95% false positive rate!

Don’t be fooled by the rhetoric gun grabbers are pushing on Universal Background Checks. Sadly, even some Republican lawmakers are jumping on the bandwagon.

Idaho Congressman Mike Simpson during the 2018 general elections expressed his support for UBC’s. Don’t assume that Republicans are going to stop this unconstitutional law.

You must help stop it with your activism.

Write your congressmen today and tell them to oppose H.R. 8 and any other form of Universal Background Checks. In addition, write President Trump and tell him to veto any version of it that hits his desk.

We don’t need any more keyboard warriors. In other words, we need actual activists who get in the political trenches and fight!