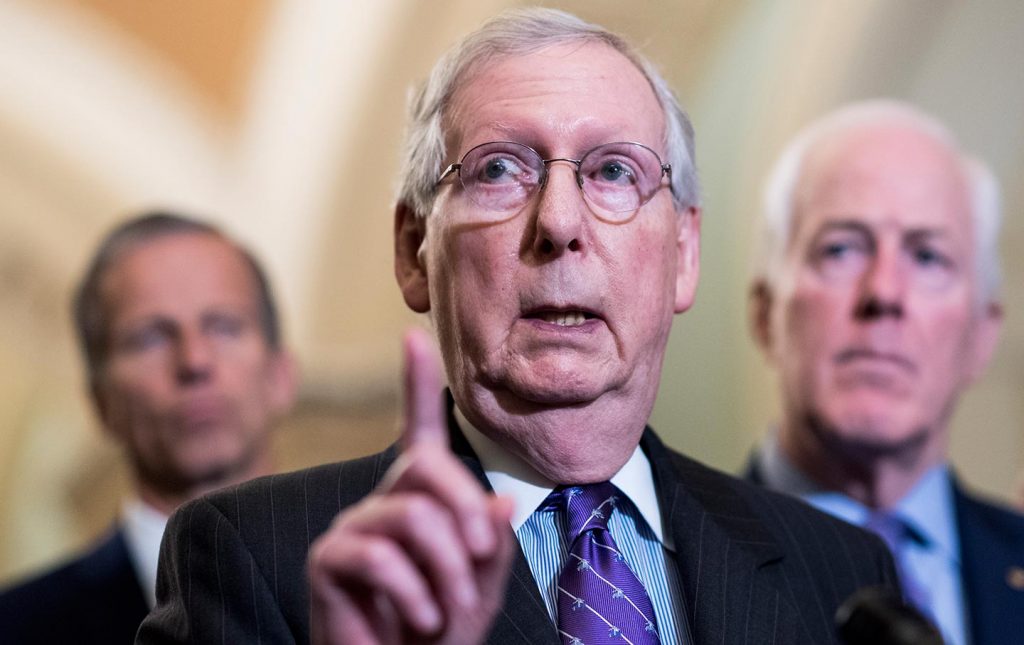 The 2018 mid-term elections proved to be somewhat of a victory for gun grabbers. While they didn’t get the “blue wave” they were hoping for, they had a significant amount of openly anti-2nd Amendment candidates win Congressional seats across the country.

This was also the first election cycle in 20 years where gun owners were outspent by the gun control crowd. Billionaires across the country funded many campaigns and initiatives and outspent gun owners by a rather large margin. Their spending paid off with gun grabbers gaining control of the House.

With Democrats controlling a majority in the House starting in 2019, gun owners are debating what this means for the upcoming battle over the 2nd Amendment.

There really shouldn’t be much “wondering” about it. Nancy Pelosi has made it clear that Democrats are not going to be afraid to come after some of their most prized gun control issues.

Side note: Why don’t cowardly Republican lawmakers fight hard FOR the 2nd Amendment when they have power?

What has Nancy Pelosi promised Americans once the Democrats have power?

What other tricks she has up her sleeve remains to be seen. The bottom line is, gun grabbers aren’t messing around and will put their foot on your necks to get control. While Republicans squandered away their opportunity to pass pro-gun legislation, Pelosi and the Democrats will waste no time destroying the 2nd Amendment.

The real question is, will Republican lawmakers stand up and fight back? Or will they compromise and pass more gun control?

You see,  Democrats ramming through gun control is concerning. I appear to be in the minority with this thinking though as numerous Republican voters seem to think that gun control will die in the Senate, or on President Trump’s desk.

Where is this faith in the Republican Party coming from? Remember, they have a very slim majority in the Senate and there are several Republicans who are notoriously weak on the 2nd Amendment. Toomey, Murkowski, and Collins aren’t exactly stalwart defenders of gun rights or most rights for that matter.

Have we already forgotten that a Republican-controlled House and Senate already passed gun control (FIX NICS) THIS YEAR?

Have we already forgotten that President Trump signed that gun control and is pushing the Bump Stock ban?

Have we forgotten that every major piece of pro-gun control legislation passed for decades now has had Republican support? So what am I missing? Where is this belief in the Republican Party coming from? Did something happen on election night that I am not aware of where spineless Republican lawmakers suddenly grew one?

Even here in Idaho, we have a problem with Republicans stabbing gun owners in the back! In fact, 20 Republicans in our House voted for gun control. Additionally, one of our Republican Congressman, Mike Simpson, came out in favor of Universal Background Checks and banning bump stocks.  This is Idaho folks! If Idaho Republican politicians aren’t willing to stand up for what’s right, what chance do the rest of you have?

Over 60 Republican lawmakers in Florida voted for a massive gun control bill earlier this year, and the bill was signed by Republican Governor Rick Scott. And just recently a Republican lawmaker in Indiana (Rep. Jim Merritt) submitted a bill to push an unconstitutional “safe storage” law.

Keep in mind that Republicans are focused on one thing right now, re-election. They want to control the Senate, the Presidency, and win back the House. They will do what they feel is necessary to win in 2020. If that means they have to vote for gun control they will do it – – unless you stop them!

With that in mind, don’t look at party labels when it comes to gun control. Both sides have passed and pushed gun control legislation. Both sides have many lawmakers who don’t believe in the words, “shall not be infringed.” Are the Democrats worse? Yes. But does that mean we should give Republicans a pass? No!

Stay vigilant in defending your gun rights. Give no lawmaker a pass. Don’t fall for their, “well the other guy would be worse” trap. You hold all of them accountable! It’s your job to toss out every gun grabbing politician at election time. Do it in the Primary and/or General election!

Until then, make sure you support elected officials, groups, and companies who do NOT COMPROMISE on the 2nd Amendment!

7 thoughts on “Will Republicans Protect the 2nd Amendment or Compromise on It?”