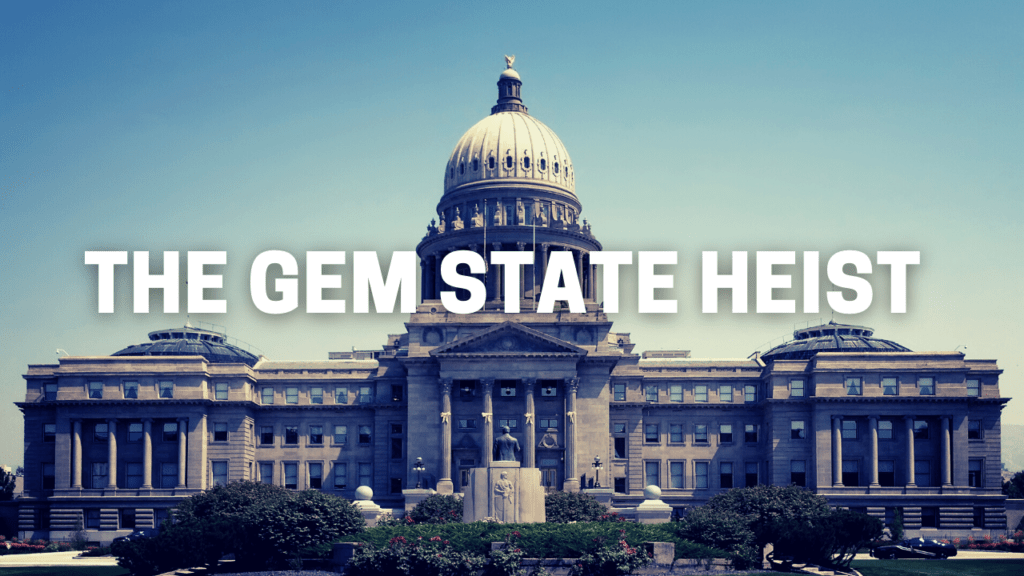 Years ago, a documentary called “The Rocky Mountain Heist” detailed how liberal groups, politicians, and wealthy activists took over Colorado from Republicans in ten years.

However, this documentary was about what happened AFTER the takeover had already taken place. It was meant to serve as a warning to the rest of the country.

We are now seeing the attempted takeover of Idaho through something I have dubbed “The Gem State Heist.”

There will be a series of articles that will be released detailing how Idaho is already being taken over. Please read through each of them carefully so you can understand how to fight back and who to fight back against.

Here are the articles that I have released so far:

Part 1: It’s Already Begun Like it Did in Colorado

Part 3: A Warning to Idaho Republicans

Finally, be sure to watch and share our “Preview” video watching the video below: