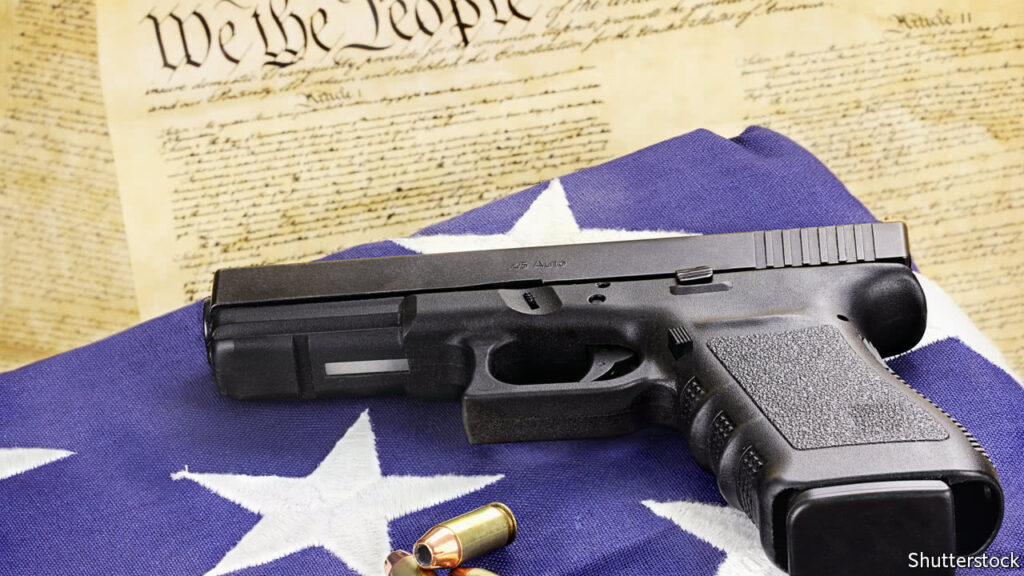 I wrote a previous article about my disdain for war and that I don’t want to see a civil war here in America.

Having seen the results of war firsthand, it’s nothing anyone should clamor for. Sadly, I’ve seen some people saying we should give up on political solutions and just start a war with the “other side.”

However, most conservatives don’t want a war and are trying to avoid it at all costs, but many of us believe a civil or revolutionary war is inevitable because of the divide in this country.

My plea to the radical left and the progressive movement is to stop your attacks on America and Americans, immediately.

My warning to progressives is that if you don’t stop attacking our freedoms, and the 2nd Amendment, in particular, you will start something no one wants.

In recent years our country has gone absolutely nuts and any semblance of common sense is gone.

Want to be a conservative publicly? You better not say something the “woke” left doesn’t like or they will do everything they can to destroy your life and “cancel” you from existence.

They have gone so far as to say that if you voted for or helped Donald Trump on his campaign then you should probably not be able to hold a job.

The left is even pushing to label anyone on the right who disagrees with their radical ideology as a “domestic terrorist.”

Violence no longer means physically harming someone. The left now says that “speech is violence” and their physical attacks on you are justified for something you said.

For instance, progressives tell us that there is no longer such a thing as men and women. If you disagree with them and say that biologically you are either a man or a woman then you are transphobic and your speech must be silenced. They say that you can be physically harmed for holding such a belief such as men are men and women are women.

If you don’t believe as they do you must be a racist, homophobe, bigot, and many more false labels.

What about the people who started this country and enshrined our right to freedom of speech in the U.S. Constitution? Nope. the Founding Fathers must be canceled too.

George Washington, Thomas Jefferson, and the rest of the Founding Fathers are the devil and the U.S. Constitution must be eradicated according to the radical left because the Founders were terrible human beings who should not have made mistakes if they didn’t want to be canceled.

The bottom line is that the radical left will do everything they can to destroy you and your family if you don’t bow to their “wokeness.”

Now, the radical left is going even harder against the 2nd Amendment than they previously have in their desire to turn the United States into a socialist European-style country where citizens don’t have the right to self-defense and self-preservation.

For many years, the left has been slowly eroding away the 2nd Amendment in many states.

Most of the coastal states are without any real semblance of the ability to keep and bear arms. One state at a time Michael Bloomberg, Moms Demand Action, and other anti-2nd Amendment groups and individuals continue to attack the 2nd Amendment with vigor.

According to the radical left, every firearm is an “assault weapon” and every magazine size is “too big” and they must all be banned and confiscated. They tell us that no one should be able to carry in public and if you keep your firearm at home then it should be locked up at all times, rendering your self-defense tools completely useless.

The progressives now are using Red Flag Gun Confiscation laws to implement their vision of confiscation without you having a chance to defend yourself in court.

Remember, under Red Flag laws, your firearms are taken without due process, without being charged, arrested, or convicted of an actual crime. It’s “Minority Report” in America.

With Joe Biden and the Democrats controlling all aspects of the Federal government, the radical left has now introduced H.R. 127, the most dangerous anti-2nd Amendment bill ever proposed.

H.R. 127 does a number of unconstitutional things:

We also know that the left will push for “Universal Background Checks” and a bill is also likely coming that will bribe states to implement Red Flag Gun Confiscation laws. These two issues are supported by some of the more liberal members of the Republican Party as well.

Elected officials like Marco Rubio, Lindsey Graham, and Dan Crenshaw have all supported some form of Red Flag laws.

Progressives, I’m telling you right now that the temperature from conservatives and other Americans who are sick and tired of everything I mentioned is reaching a very high level.

You have to understand that what many Americans on the right feel right now is that we have no right to exist under your ideology.

If we can’t speak our minds, donate to who we want to politically, send our kids to school without them being indoctrinated, work as we please, enjoy our country’s incredible Founding, and defend ourselves, then what are we supposed to do?

What happens when you back an animal into a corner with nowhere to go? That animal feels like they don’t have a choice but to lash out and attack in order to defend themselves and escape.

That is what the progressive movement has done to America, especially in the last five years. You have very rapidly backed Americans into a corner with nowhere else to go.

We are quickly approaching a point where the only way these Americans will feel like freedom will be restored and protected is through an armed conflict to settle differences between the two sides.

I have seen and heard a lot of Americans say that their families and their right to defend themselves are the “last straw.”

The country and the ideology of both the progressives and the side that enjoys individual liberty are coming to a head.

I do not believe at this point there is any “coming together” and the radical left’s attacks are proving that they are going for the jugular.

With the Democrats controlling all aspects of the Federal government, they are wasting little time in doing what they can to destroy what remains of this country. They know they have two years to push us as far to the left as they can.

That’s why they will go hard at the 2nd Amendment while they have the ability to do so. The 2nd Amendment is the one thing stopping them from putting us all in “re-education” camps and more.

I sincerely hope we can avoid a war in this country. I hope that we can once again humble ourselves before God and put our country back on a path to liberty and freedom.

Please stay involved my fellow Americans and don’t let your voices be silenced.

Stand up against these radicals, speak up for yourselves, and fall to your knees and beg God to have mercy on us all as we head down the most dangerous road this country can go down.

4 thoughts on “Progressives: Going After Guns is a Terrible Idea and the Final Straw for Many Americans”