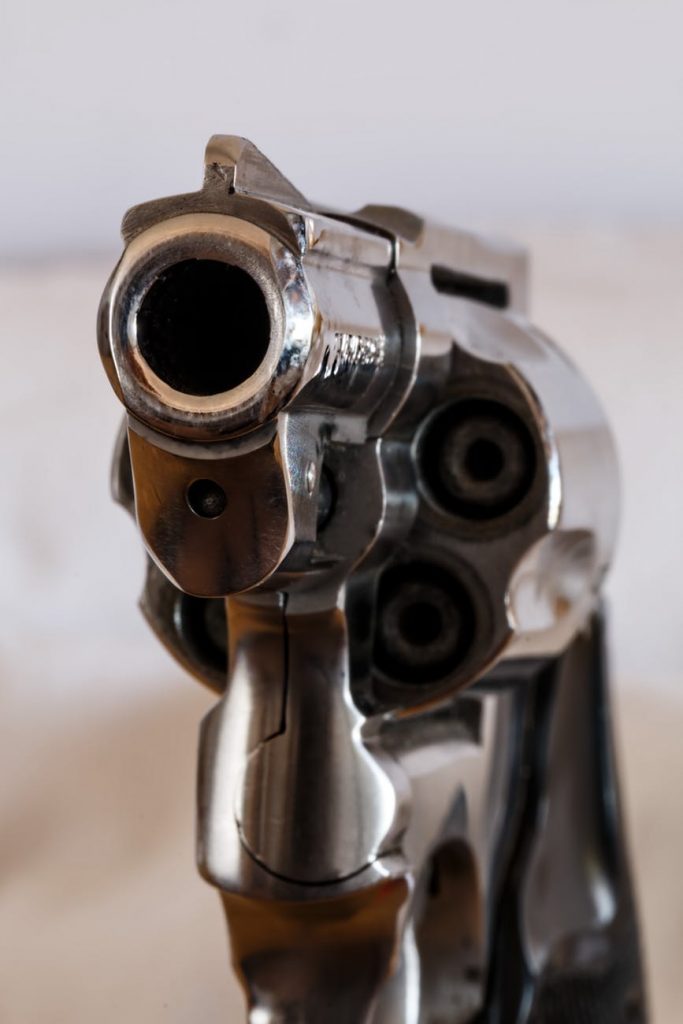 Yes, you read the headline correctly.

Now, before we get too deep into this story, I want to very clearly state that the state senator had no ill-intent with her actions.

That being said, the actions of one state senator still baffles my mind to this day and the headline is accurate none the less.

I will forever remember the day that State Senator Patti Anne Lodge pointed her gun at me.

First, I want everyone to understand why I am bringing this story up now.

When closing out the debate on the issue, Senator Lodge said that she felt more training was necessary before teachers would be allowed to defend themselves.

As I sat there and listened to her attacks on the bill, I kept thinking about the incident in her office.

Last year, Zach Brooks, myself, and a Representative from the House went to a meeting with Sen. Lodge at her request.

The three of us sat directly across the desk from Sen. Lodge.

I sat in the front with the Representative right next to me. Zach Brooks was behind us but in-between us so that he was visible to her.

Also in attendance were two members of the law enforcement community. Who they were or which department they were from I do not recall.

The meeting lasted for quite a while as we discussed a number of firearm-related issues.

Partway through the meeting, Sen. Lodge was discussing how much she loved guns and pulled hers from her desk drawer.

When she pulled out the gun she made a slight adjustment and then pointed it right at us!

Thankfully, her finger was not on the trigger.

However, anyone who has ever shot a gun knows that you never point a gun at something you don’t intend to shoot.

Sadly, this wasn’t the end of her complete lack of safety with her gun.

As she was finishing pointing her gun at the three of us, she slammed it on her desk while it was still aimed in our direction!

After the meeting was over, we walked out to the foyer and down to the House side of the capitol.

We stopped and all couldn’t believe what had just happened.

In recalling the incident, Zach Brooks said, “It was an awkward point in the discussion where she felt like she needed to prove herself and show that she was pro-gun because she had a weapon with her. From the moment I could see her hand holding the gun above the edge of the desk, I knew she didn’t handle it very often. Her hand was nervously shaking as she was holding it like it was a slimy worm between her left thumb and index finger. As she reset her grip on it, she muzzled those of us across the desk. I was stunned and quickly looked at the two officers to my right to see if they saw what had just happened, and of course, they did.”

In all my years in the military, I had never seen anything like that. Quite frankly, I’m not sure I’ve ever had someone point their gun at me so haphazardly.

In the military, such an action usually gets your face put in the dirt and you are immediately removed from the range.

Yet, Senator Lodge has the audacity to kill a school carry bill because she felt teachers with an Enhanced Permit were not trained enough?

At a time when our kids are fearful to be in school, SB 1384 was a good step forward.

Our teachers do not need to be human shields.

They have every right to protect themselves just as Sen. Lodge does.

Yet, Senator Lodge as the Chairman of the State Affairs Committee killed the bill.

The final vote of the bill was 5-4 to kill it for the year.

So, instead of saying the teachers need more government-mandated training, local school bureaucrats should retain power over teacher and student self-defense.

Local control, training, and other excuses do not belong in the hands of other people.

The natural right of self-defense only belongs in the hands of each individual.

Does Senator Lodge believe that the 2nd Amendment applies to her in the state capitol but not to Idaho teachers who need to fight back against a deranged lunatic?