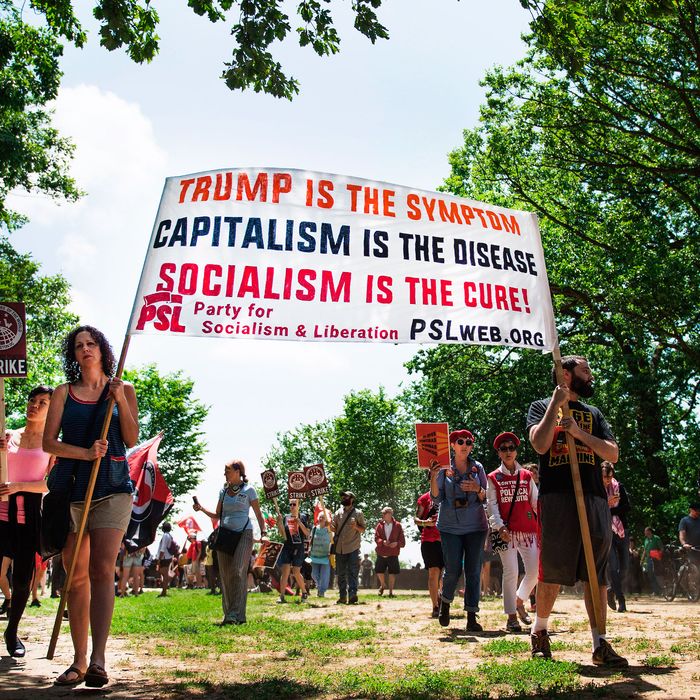 It has been several weeks since Joe Biden’s “swearing-in” as President of the United States.

The calls from the left at the beginning of the year were that the country needed to “heal” and “unify” around President Biden.

Biden himself said at his inaugural address that “unity” was important to America. He used the word eight times in his address.

For instance, Biden said the following at his inauguration,

To overcome these challenges, to restore the soul and secure the future of America requires so much more than words and requires the most elusive of all things in a democracy, unity. (emphasis added)

However, is unity even possible in American right now between those who love this country and the radical left who are tearing it apart?

Decades ago after a Presidential election, the country would typically come together in some fashion.

While Democrats and Republicans certainly had differences of opinion on many issues, the divide was not nearly as bad as it is now. Some form of unity always existed after. Both parties could find some common ground to work on.

Unfortunately, the last real semblance of unity was probably after 9/11 when the country was perhaps more unified than it had ever been.

Sadly, over the last 20 years, we have seen a very rapid decline in the “unity” of the United States and the various political factions that exist here.

I cannot say that there is one particular issue or point in time where it got to where we are today, but certainly, the election of Barak Obama played a major role in the current situation.

Obama promised to fundamentally “transform” America and that he did with the help of the radical left.

The tensions between Americans seemed to escalate to a fever pitch. Race relations tanked to levels that hadn’t been seen in a long time and the media fanned the flames of division.

After Obama’s election, the radical left saw an opportunity to speed up their “progress” in taking down this country. They knew they could continue pushing America into this “transformation” but they had to be aggressive in doing so.

The left’s insistence on belittling, canceling, silencing, labeling, and physically attacking anyone who disagrees with them is tearing us apart.

As a country, we cannot simply “agree to disagree” anymore because disagreeing with the left. They want power and control over you.

The left does not want unity unless unity means that you are bowing down and submitting yourself to them as though they are a king.

If you don’t believe that men can be women and women can be men that you are transphobic according to the left.

If you disagree with the Black Lives Matter platform of destroying the nuclear family then you are clearly a racist they will say.

Don’t believe that we should be teaching kindergarten kids about sexual intercourse? Well, you must be homophobic in their minds.

Abortion is no longer something the Democrat Party even speaks out against. They have gotten to the point where killing a baby after it has been born if you were trying to kill it while in the womb is now okay. Don’t support that? Well, clearly you hate women if we are allowed to even call them that anymore.

For the last four years when President Donald Trump was in office, they took this insanity to a whole new level. These “progressives” are doing everything they can to speed up the death of America.

We witnessed how serious they were during the riots across America as Antifa, BLM, and other leftist groups burned businesses down and tore down statues of the Founding Fathers.

Nevermind that this country would not exist without Washington, Jefferson, Madison, and many others. These leftists don’t care about the U.S. Constitution or anything that made America an incredible, blessed, and unique land to live on.

To them, freedom of speech, the 2nd Amendment, and capitalism are simply roadblocks to their control and their utopian vision of some insane communist country they want America to turn into.

These leftists are denying science, telling us that right is wrong and wrong is right, and insisting that we all think as they do or suffer the consequences.

They will come after your family, your job, and anything else you hold dear if you don’t comply.

It’s gotten so bad with these leftists that they are now claiming “speech is violence!”

That’s right. If you say, “I don’t think that you can change your gender” you are not simply stating what you believe in. You are committing an act of physical violence somehow against transgender people. This gives them the “right” to actually physically attack you in their demented thinking.

If you don’t believe in affirmative action or that the country is not systemically racist then you are committing acts of violence against black people and physically beating or shooting you is justified in the left’s minds.

How is this happening?

Why are we allowing this nonsense to continue? Why are people so afraid of these fascists?

While the left claims to be “anti-fascists” (Antifa) they are using every fascist tool in the book to silence their enemies.

Then you throw the media flaming these issues every single day and it is no wonder why the situation has gotten so out of control.

The bottom line is, there can be no unity with people who want to destroy the United States of America and believe as these radical leftists do.

I wrote previously that we must do all we can to avoid a war on American soil.

Additionally, I wrote an article begging the leftists to stop this insane path they are on because if they make the final over to go after guns in a big way it will ultimately lead to war. A war in which they cannot win. It’s a war no one should want and we must all try and avoid, but the leftists don’t seem to want to avoid a war with conservatives.

Sure, unity would be great but I am not sure there can be unity anymore in this country when the ideological beliefs are so wildly different.

I will however unify with Americans who are tired of being trampled on, who love life, liberty, the 2nd Amendment, freedom, God, unborn children, the right of free speech, and the right to worship as we please.

Unity is possible with those who seek to just leave others alone.

Unity is possible when we get back to the vision that our Founding Father’s had of limited government, minding your own business, and settling our differences cordially and with honor.

1 thought on “Unity is Not Possible with the Radical Left!”